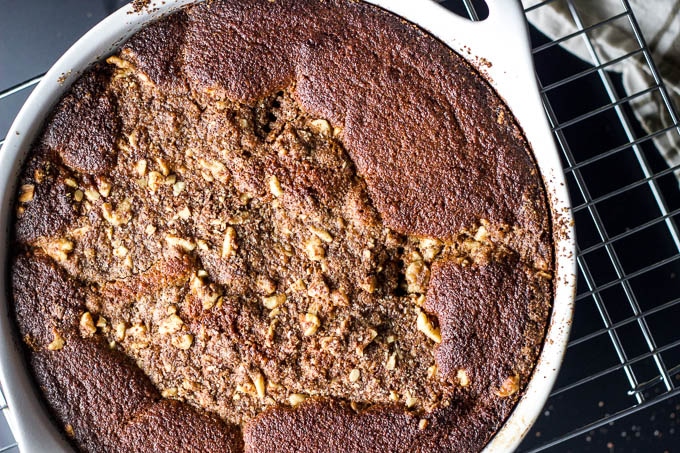 A buckle, you say. Or maybe it was the whiskey part that caught your eye. Either way, I'm with you. While in Napa Valley this summer, I picked up a berry-themed cookbook from a used bookstore that was filled with traditional rustic desserts: slumps, crisps, grunts, cobblers, and buckles. All meant to be simple, comforting, and full of seasonal fruit. 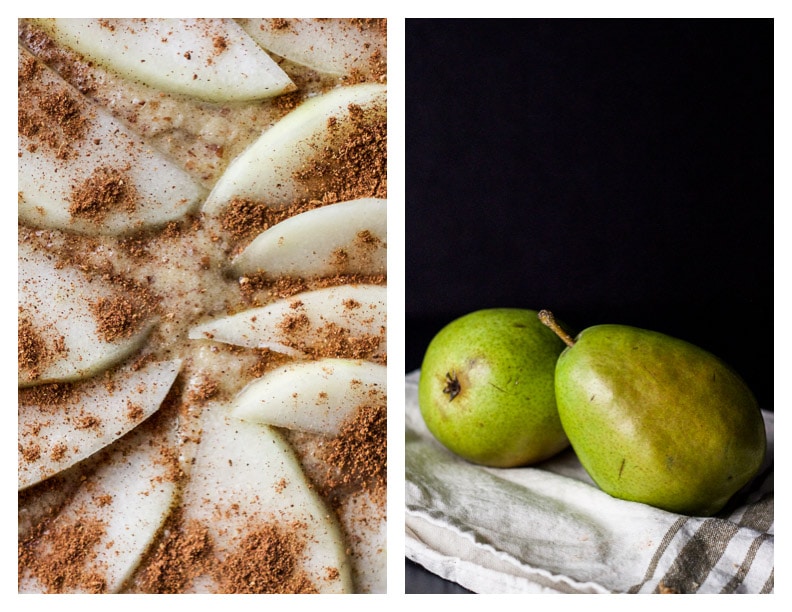 A buckle is made up of a cake-like batter with fruit strewn over it and topped with streusel. As the batter bakes, it rises, surrounds the fruit, and buckles. Thus the name. Buckles have a coffeecake consistency and can be enjoyed for breakfast or dessert. That little tidbit has been especially beneficial this week, as I feel daylight savings has caused a significant increase in my need to snack. I eat and am immediately hungry again. Buckle in the morning, buckle in the afternoon, buckle in the evening-time. Daylight savings, right? 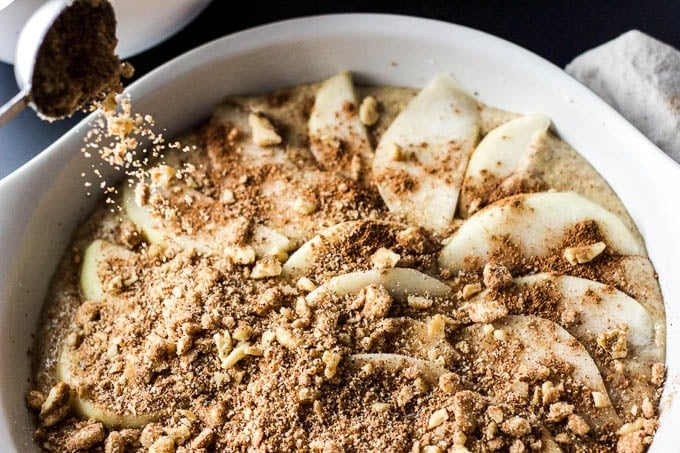 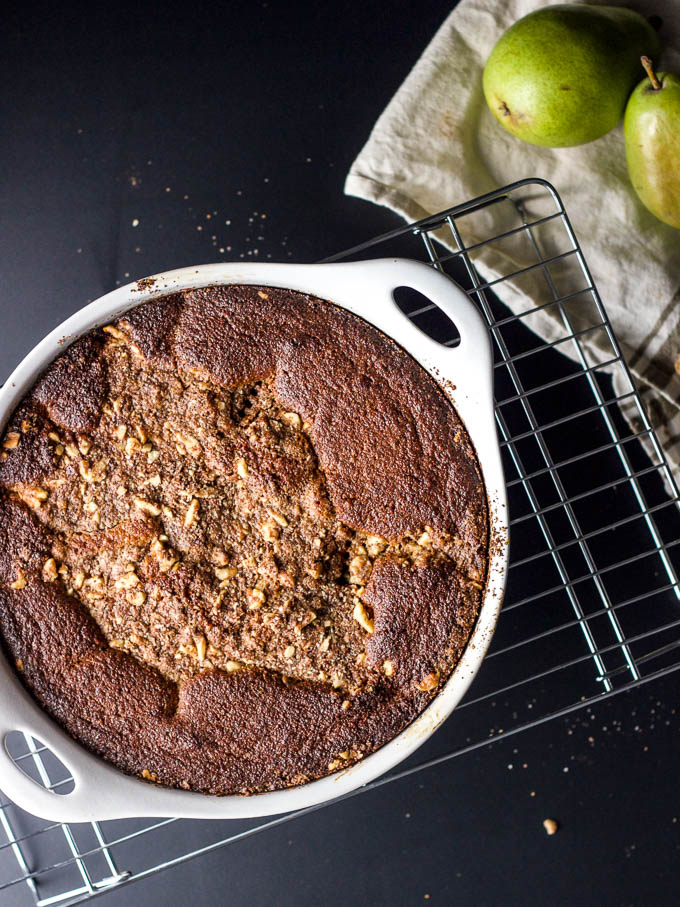 The batter for this pear and walnut buckle is made from almond flour and ground walnuts, sweetened with honey, layered with sliced pears, and covered with a walnut coconut sugar streusel, making for a grain-free version of this old time stand-by. And let's not forget the whip—coconut whipped cream warmed with ground cinnamon and a hint of whiskey. The small amount of whiskey added to the whip doesn't give me any problems, but depending on your gluten sensitivity, you may want to omit it. This buckle also does just fine with vanilla ice cream by it's side. 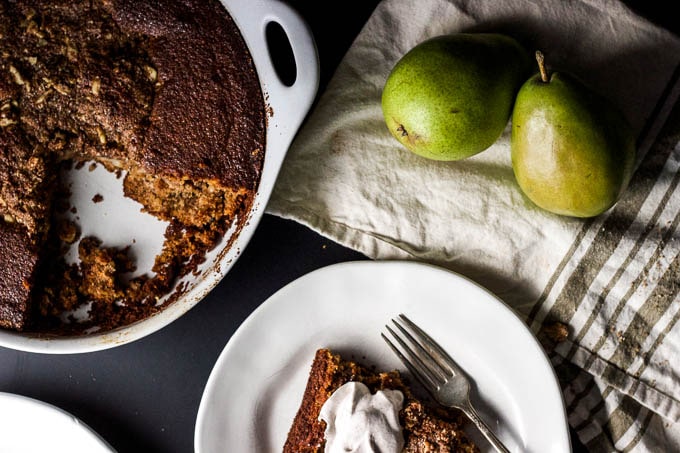 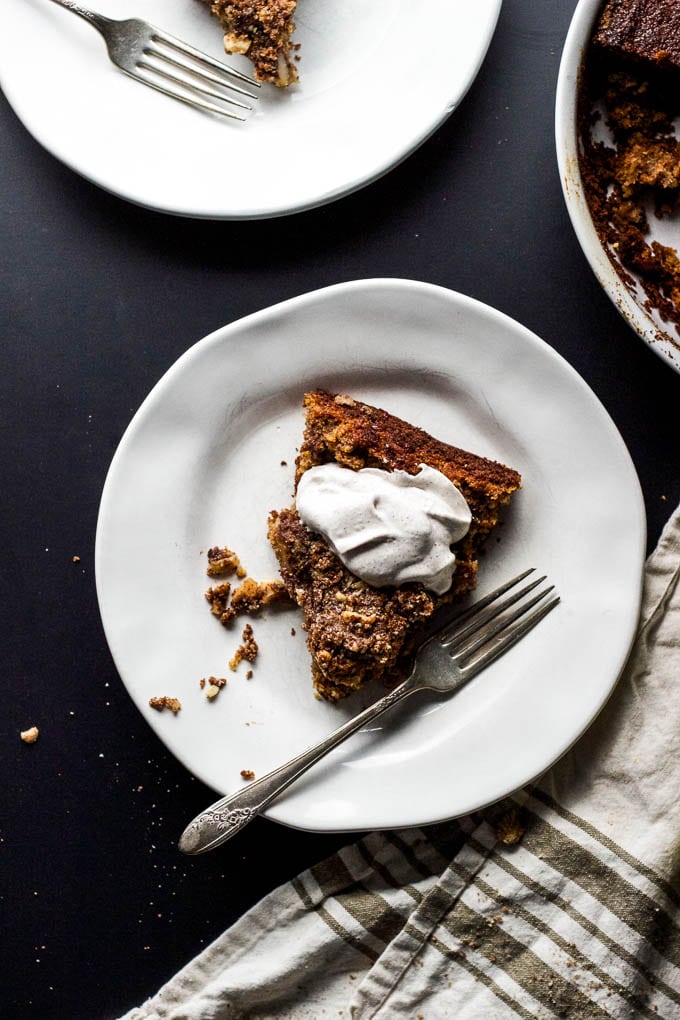 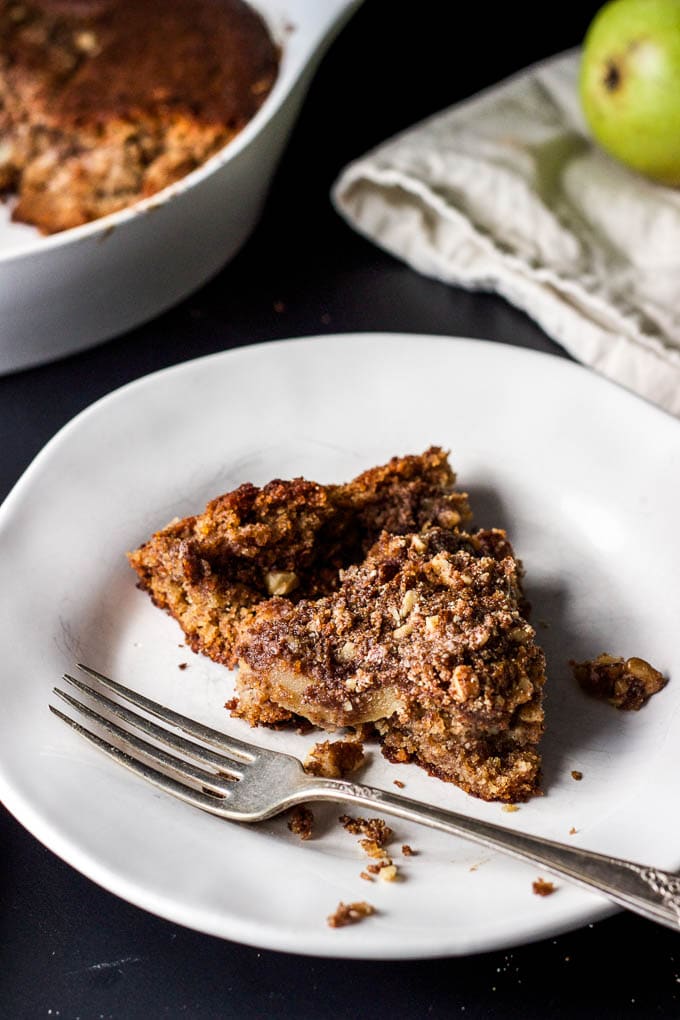 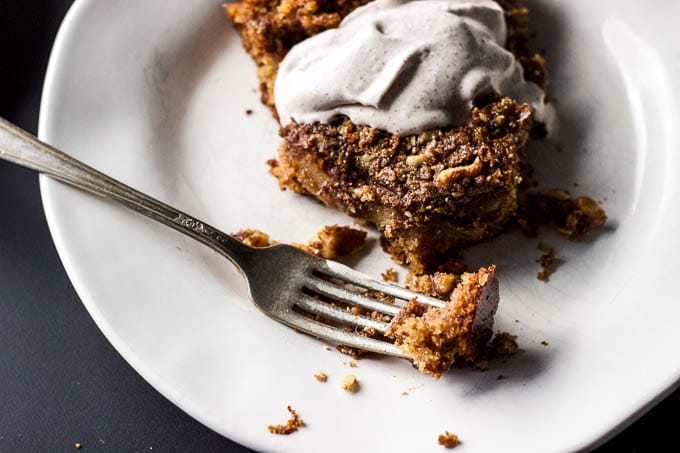 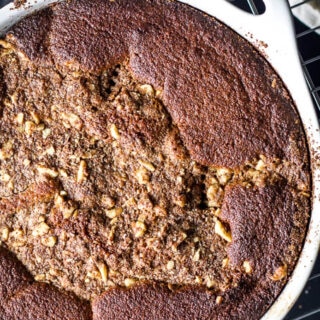