This Rhubarb Bourbon Sour Cocktail recipe with a honey rhubarb simple syrup is a refreshing and seasonal take on the classic drink. 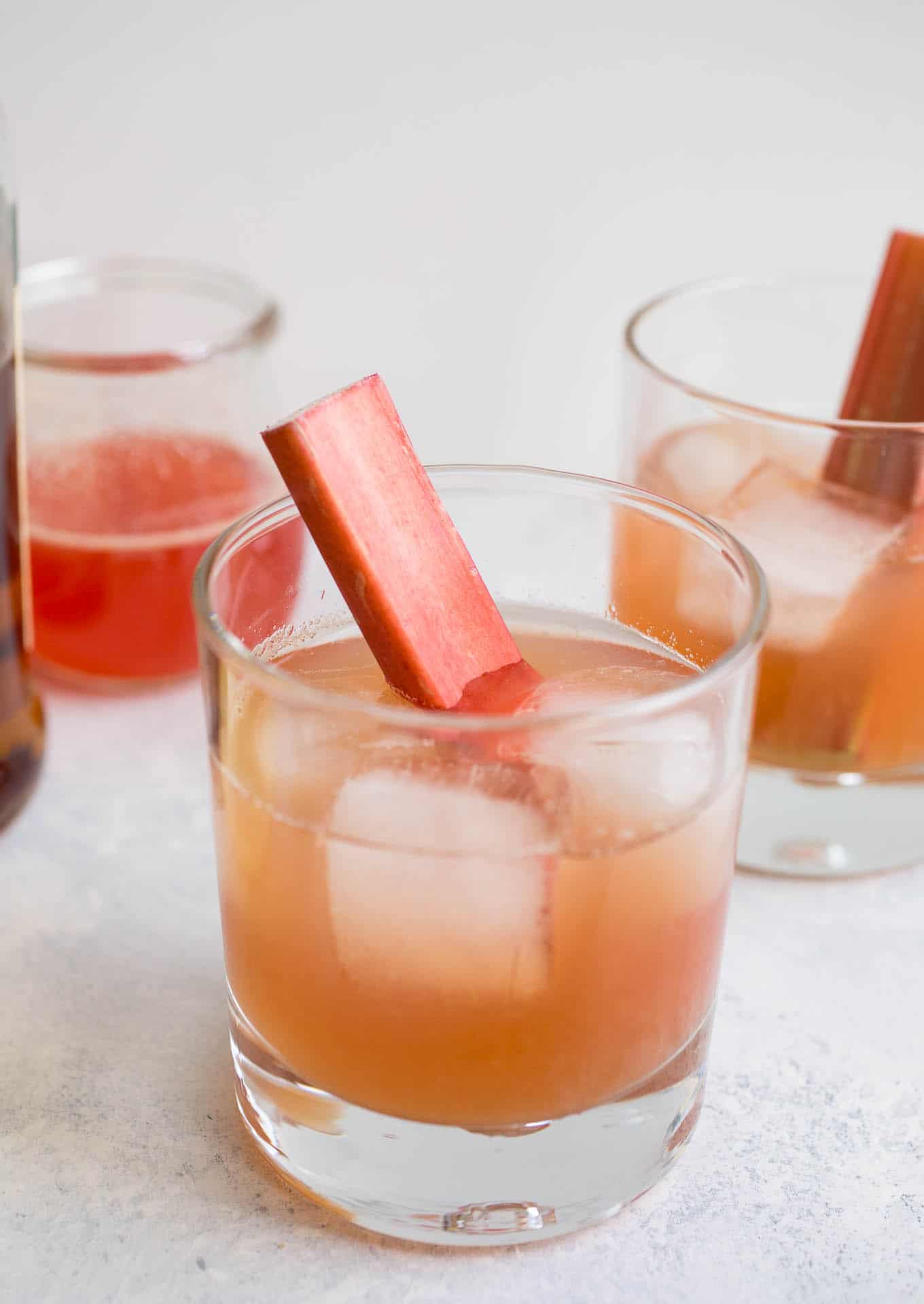 I thought about just designating April "Rhubarb Month," because in all honesty, it's about the only thing that has consistently graced the shelves of the fridge in the last few weeks.

So after covering breakfast with these cinnamon rhubarb muffins, I then switched gears and went straight to cocktail hour. 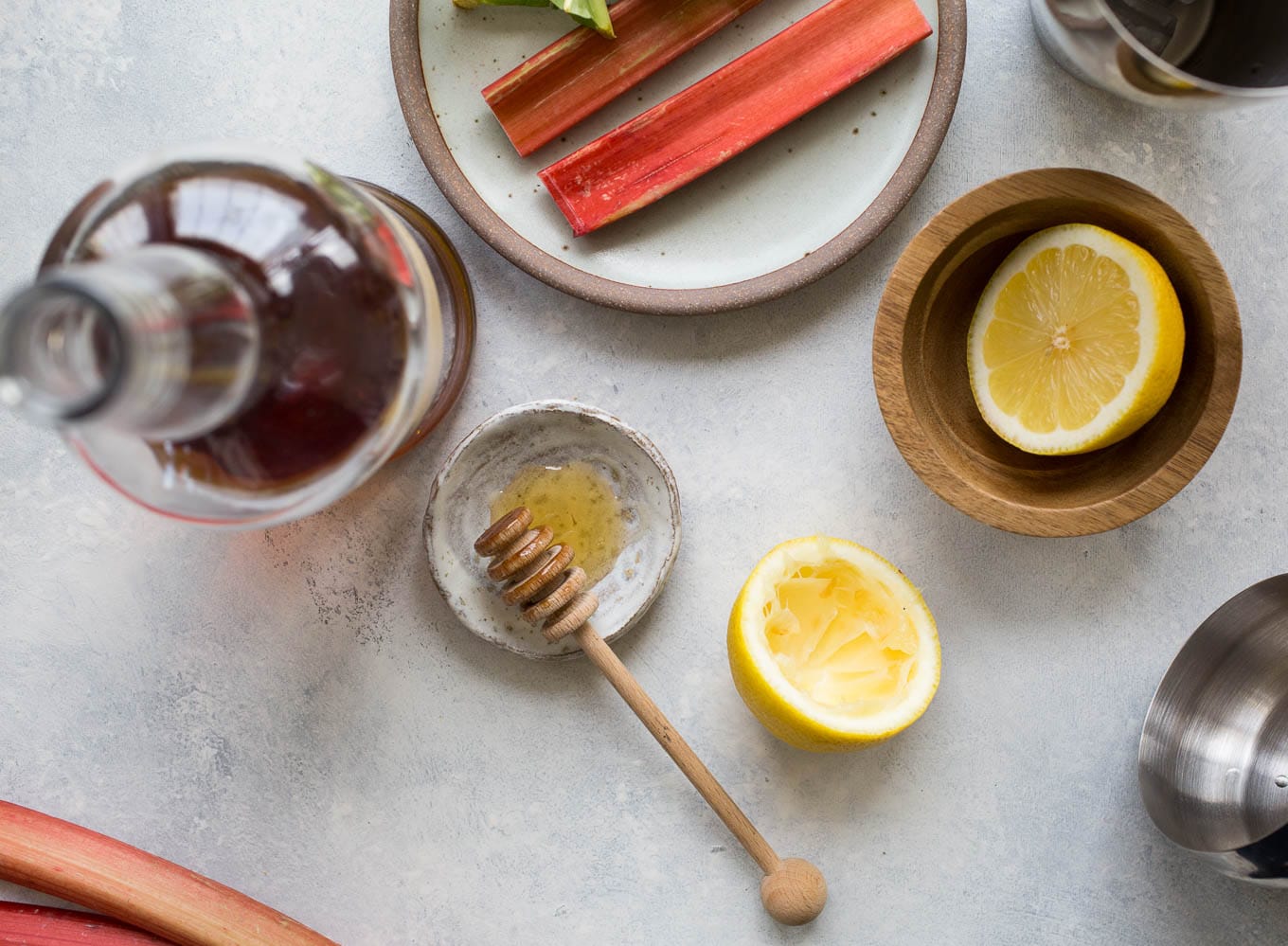 Ingredients for a Rhubarb Bourbon Sour

I can't get enough of using seasonal fruit and turning it into a quick simple syrup. For this rhubarb bourbon sour cocktail, I made the simple syrup with honey, which goes wonderfully with rhubarb's tart earthiness.

Here are the ingredients you will need: 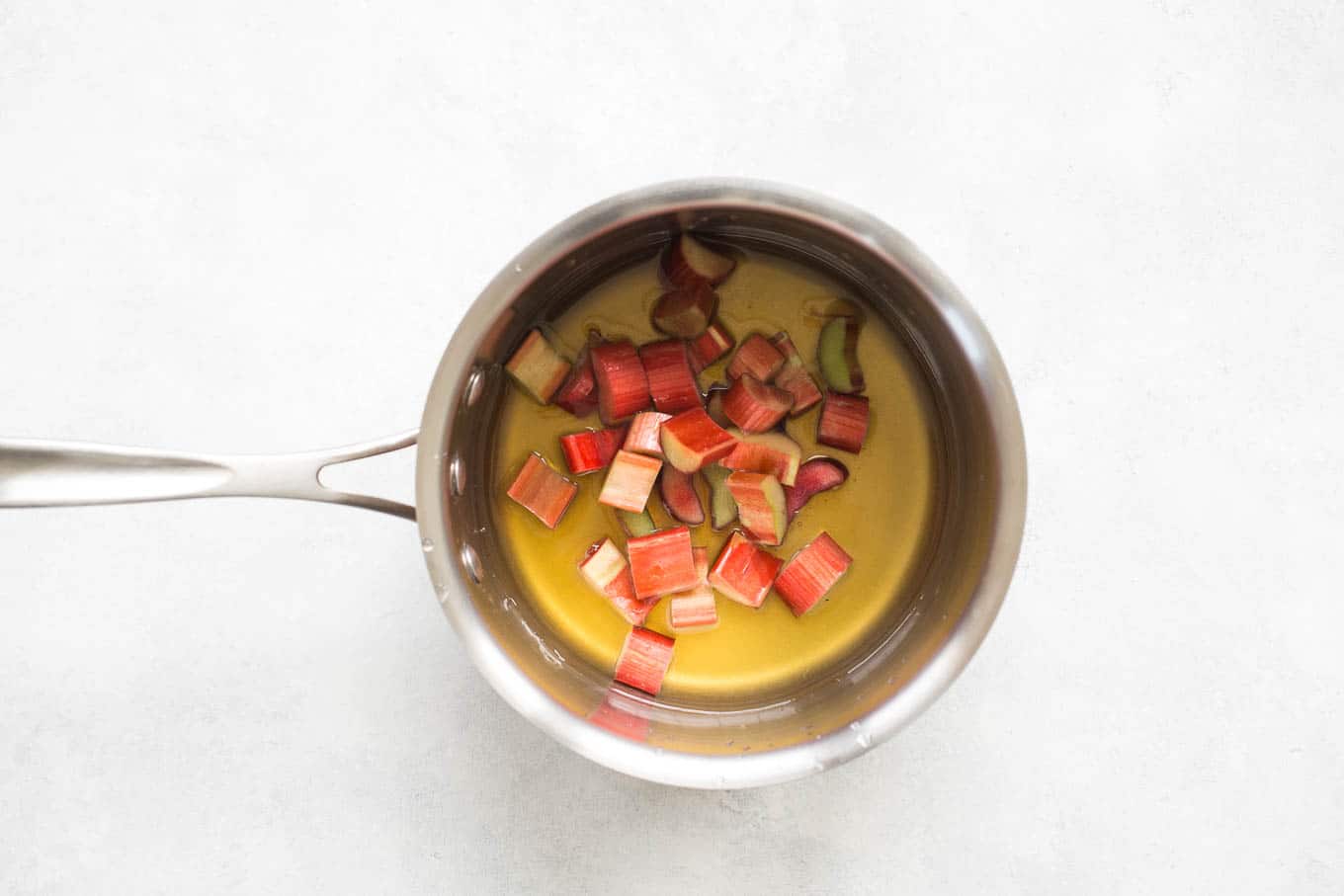 A quick simmer until the honey melts and the rhubarb starts to break down, then strain, and you've got a beautiful pink simple syrup. 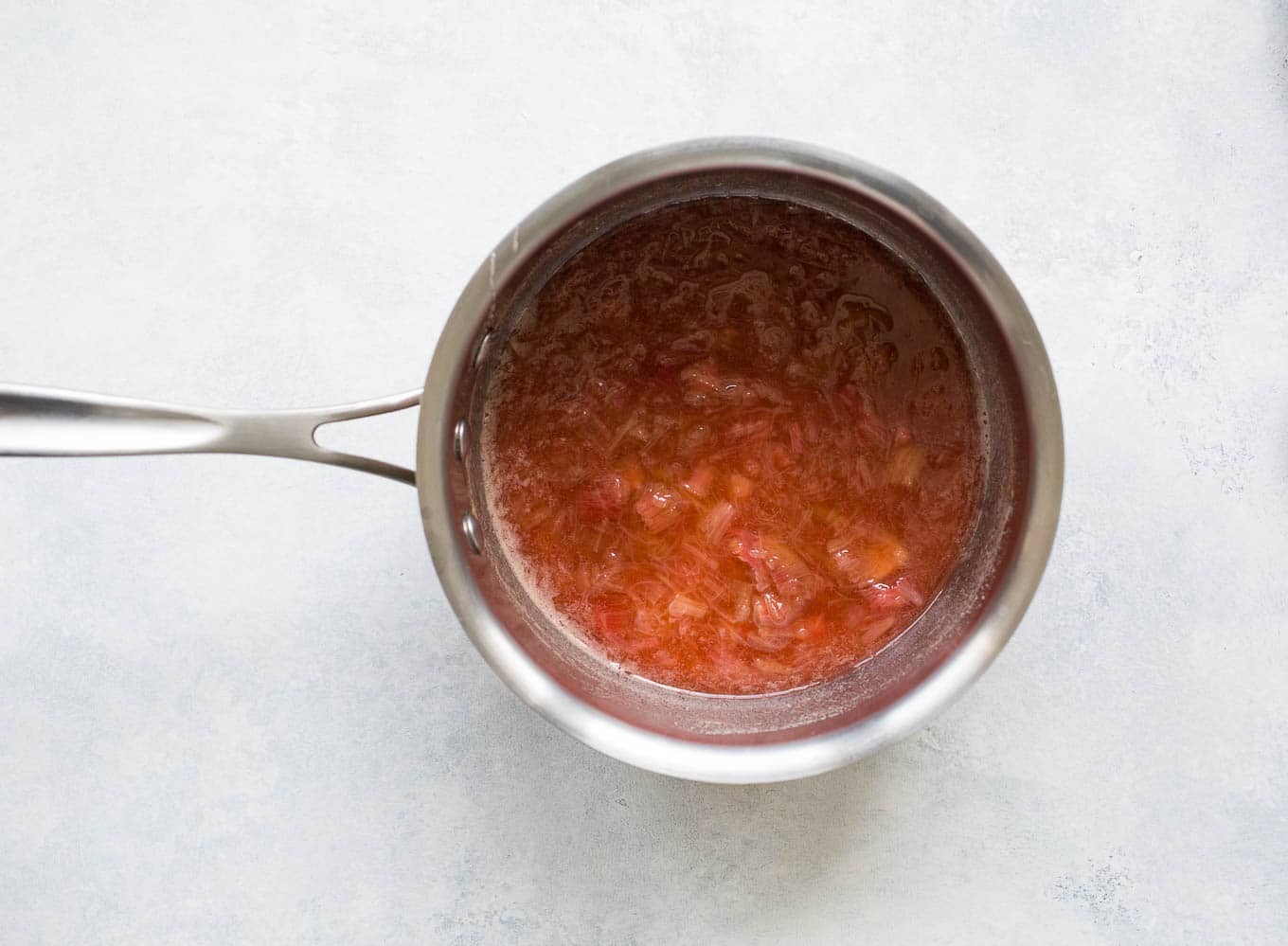 A drink for bourbon lovers

Once your rhubarb simple syrup is ready, the cocktail comes together in no time. As bourbon lovers over here, adding this drink to our repertoire has been a refreshing change.

The tart rhubarb with the honey-sweet and the lemon-sour work together in all the right ways. 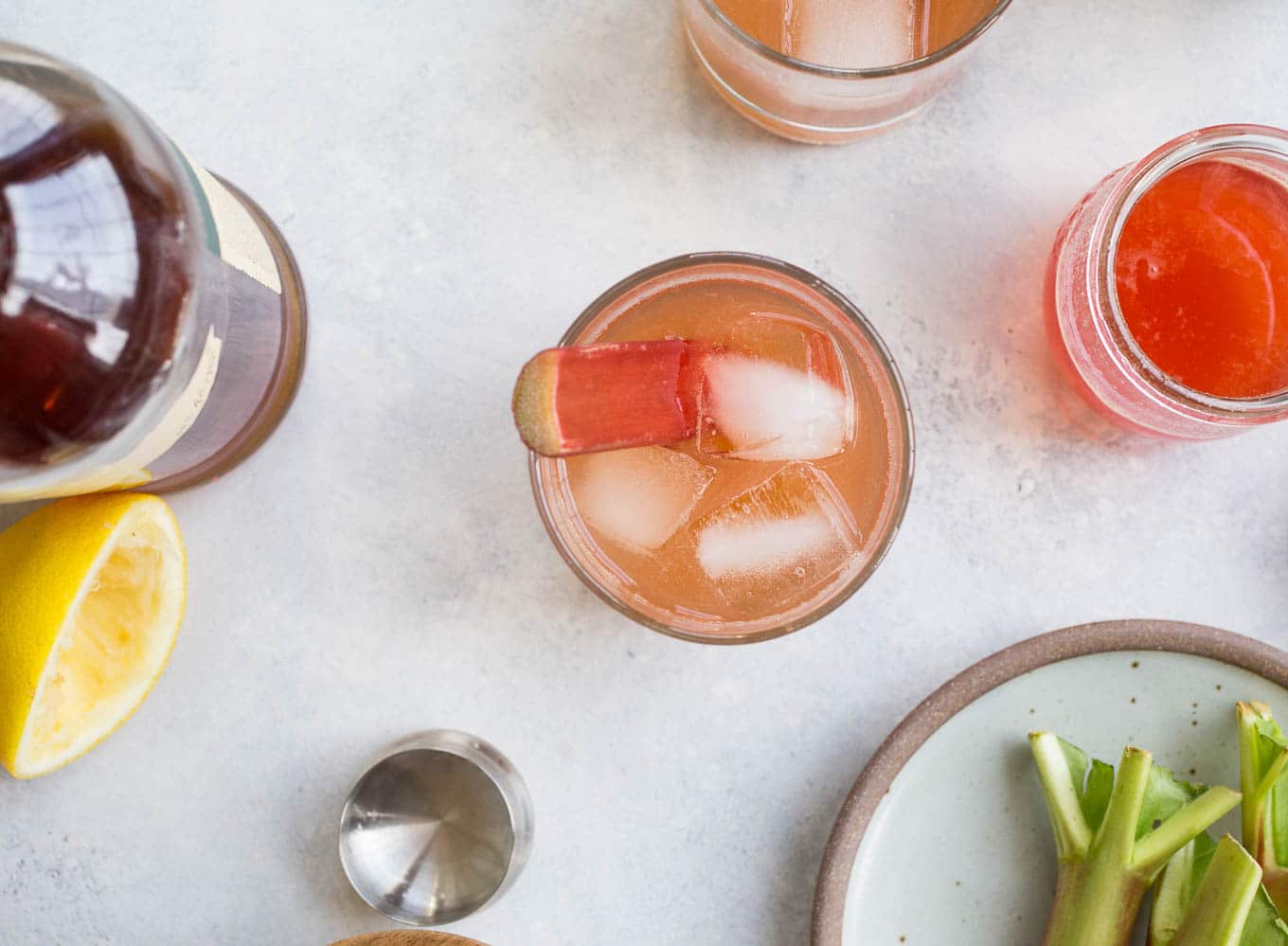 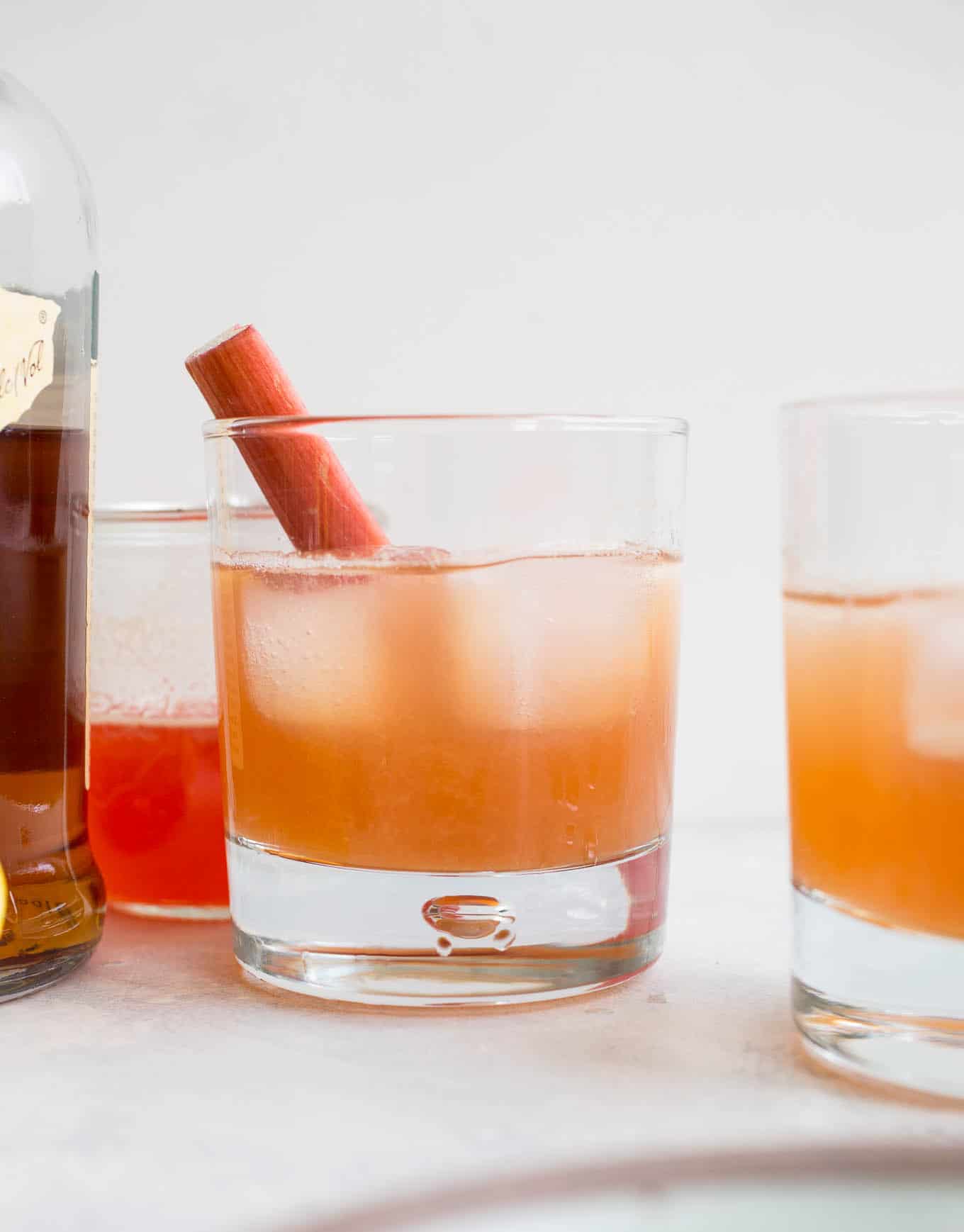 Can't get enough rhubarb? Check out this strawberry rhubarb crumble and the links below! 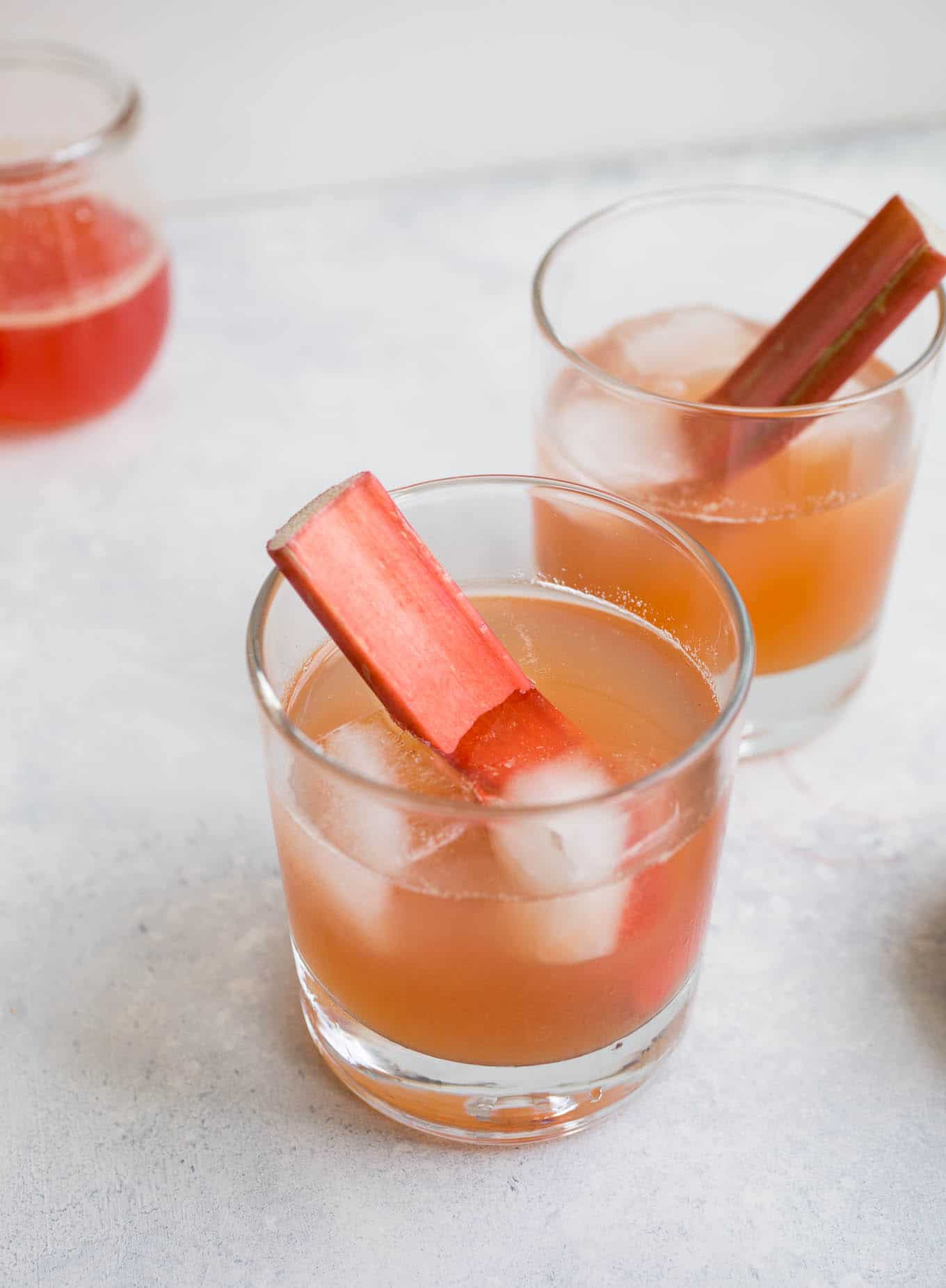 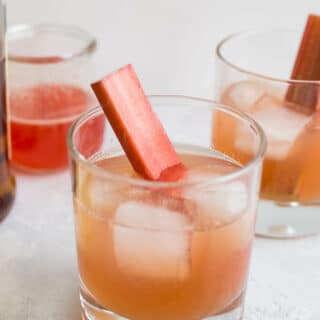 Rhubarb adds a tartness to this take on a Bourbon Sour with a honey-sweetened simply syrup. If you are sensitive to gluten-grain-based bourbon, Hudson Baby Bourbon is a100% corn based and could be a good alternative.
5 from 1 vote
Print Pin Rate
Course: Drinks
Cuisine: American
Cook Time: 10 minutes
Total Time: 10 minutes
Servings: 1 drink
Calories: 785kcal
Author: Tessa

For the Rhubarb Simple Syrup:

For the Rhubarb Bourbon Sour: 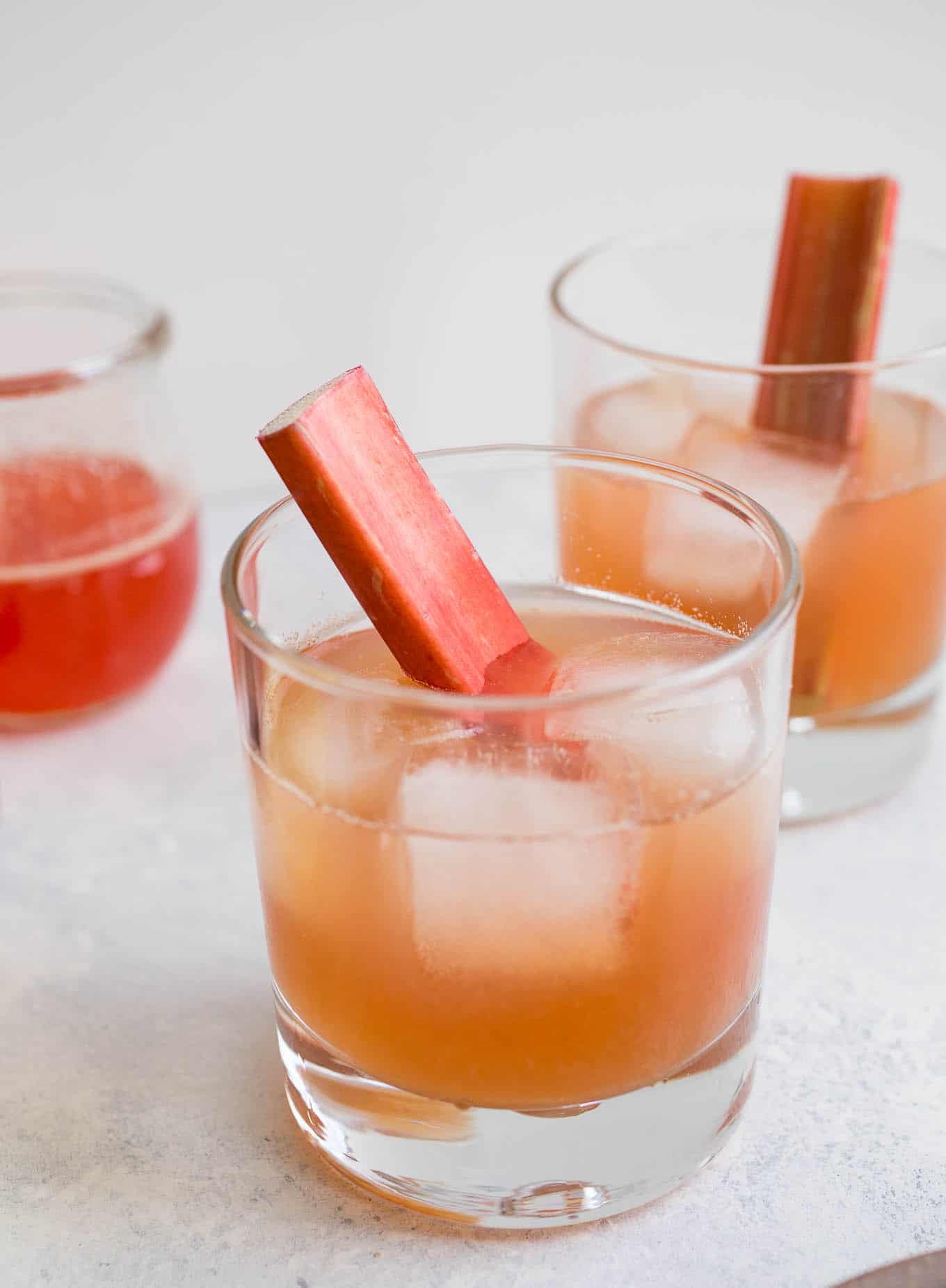 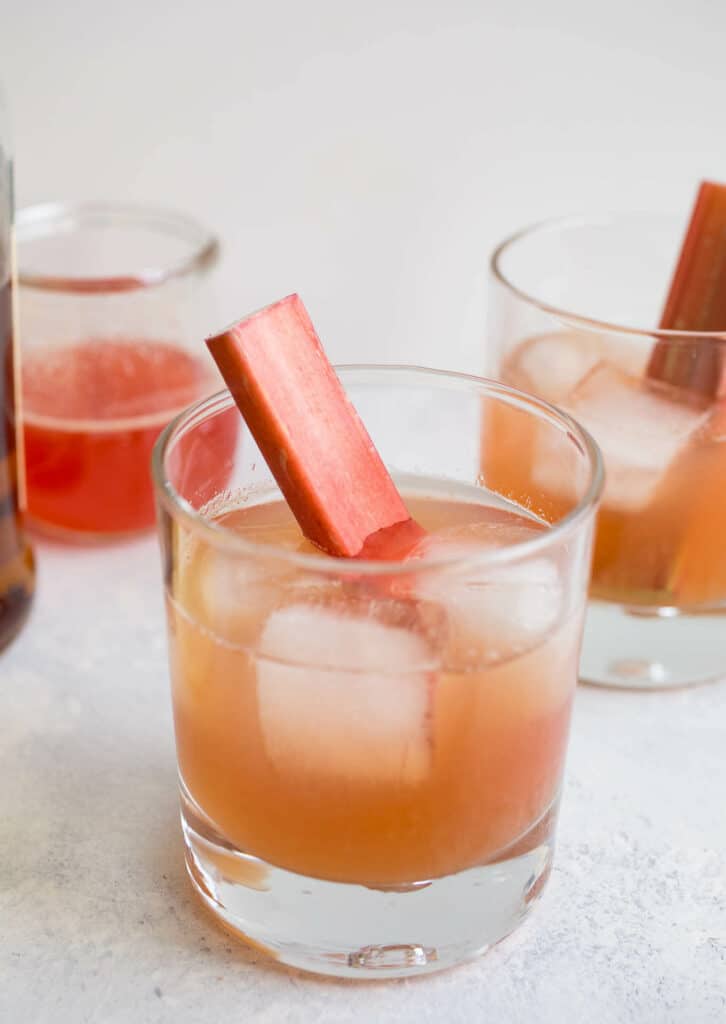