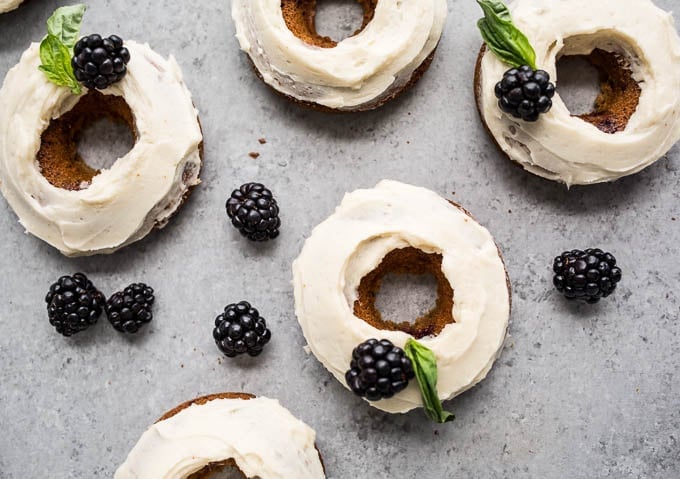 There's a donut place that opened in Kansas City several months ago that offers donut classics, unique mash-ups, and savory donut creations. Even "donut entrees" if you will. And cocktails. And as one who is gluten-free might do, I checked their menu after their grand opening to see if any gluten-free donuts made it on the list. No such luck. 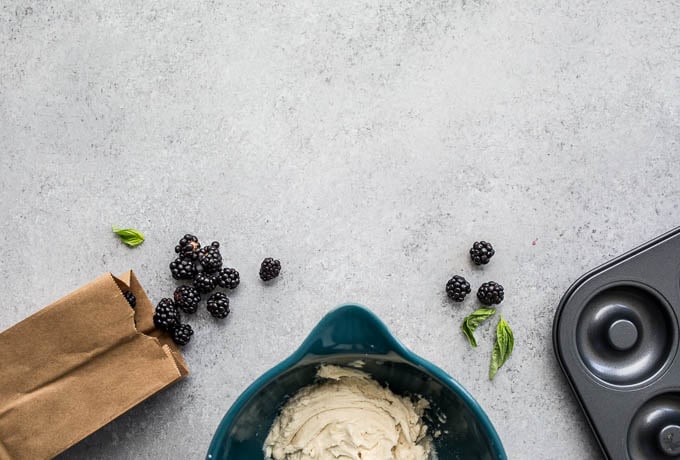 I also may or may not have checked their menu about once a week since then as their Instagram profile promised that gluten-free and vegan donuts were coming soon. But how soon?! This week it seems, is the week. But not the blackberry cheesecake donut I had been eyeing on their menu for so long. 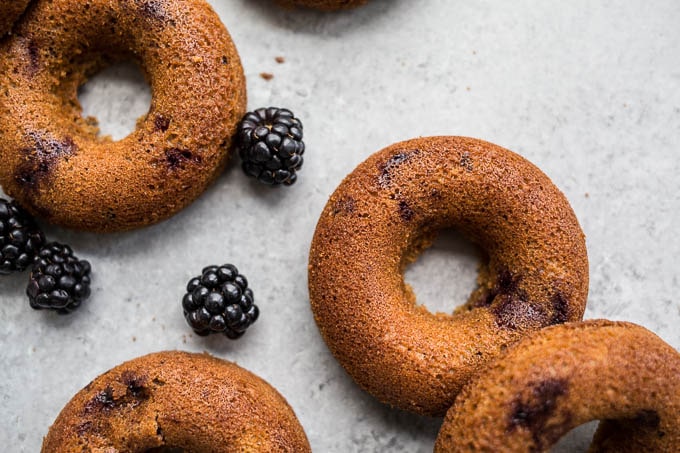 So what else is a girl to do? I've adapted these blackberry cheesecake donuts from my blueberry cinnamon cake donuts, loaded them with fresh blackberries and cinnamon, and topped them with mascarpone coconut cream frosting. The blackberry donut itself is dairy-free, and if you are looking to keep it that way, I think a vegan cream cheese would make for a great mascarpone swap. 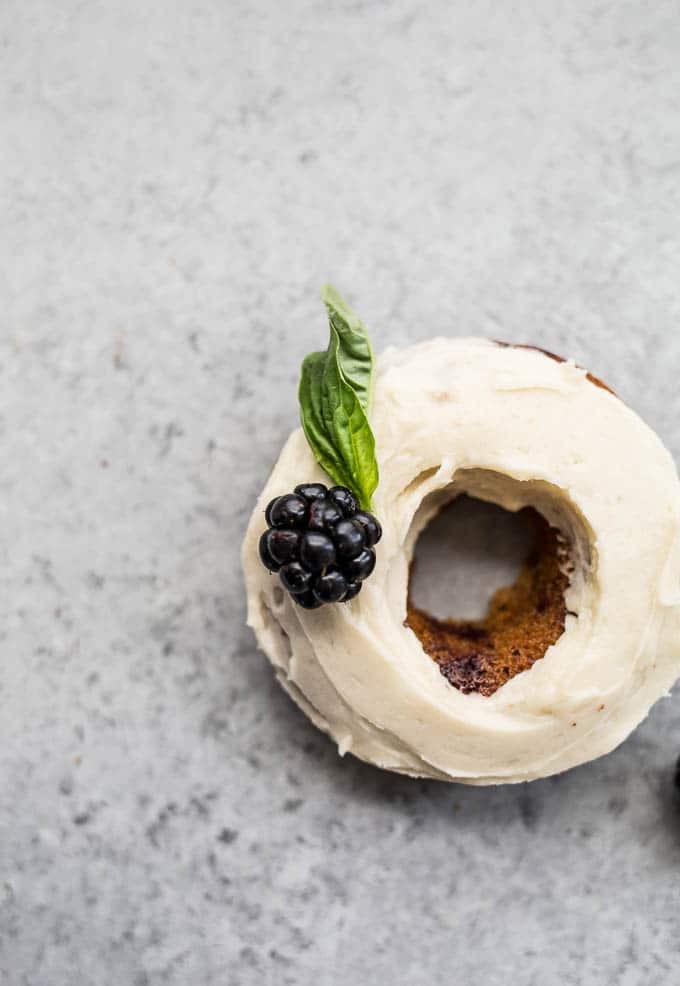 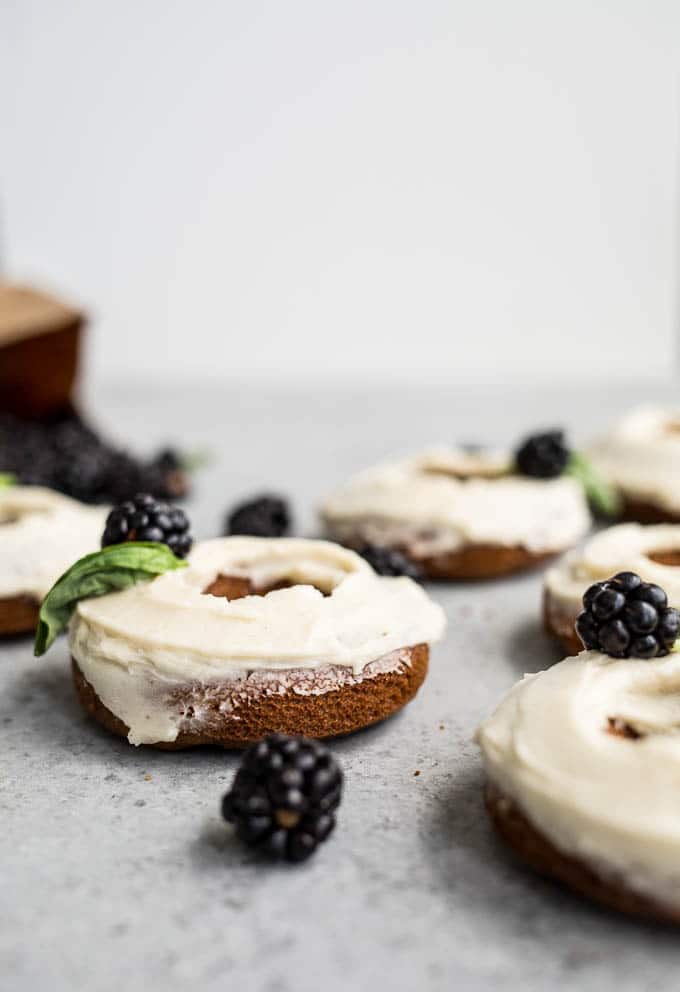