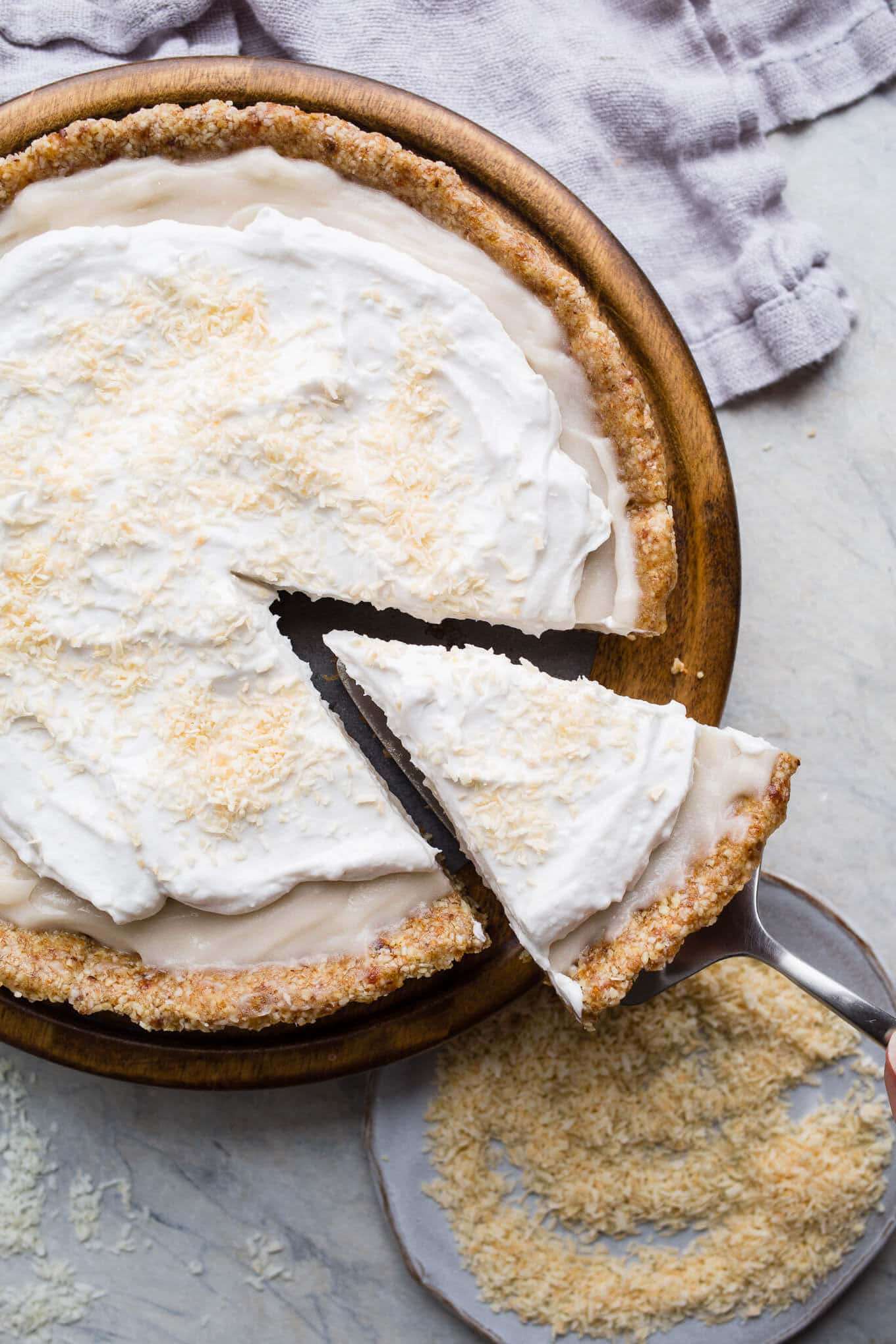 This​ ​post​ ​has​ ​been​ ​sponsored​ ​by​ ​Nuts.com.​  As always, all opinions expressed are my own. Thanks for supporting the brands that support Salted Plains! 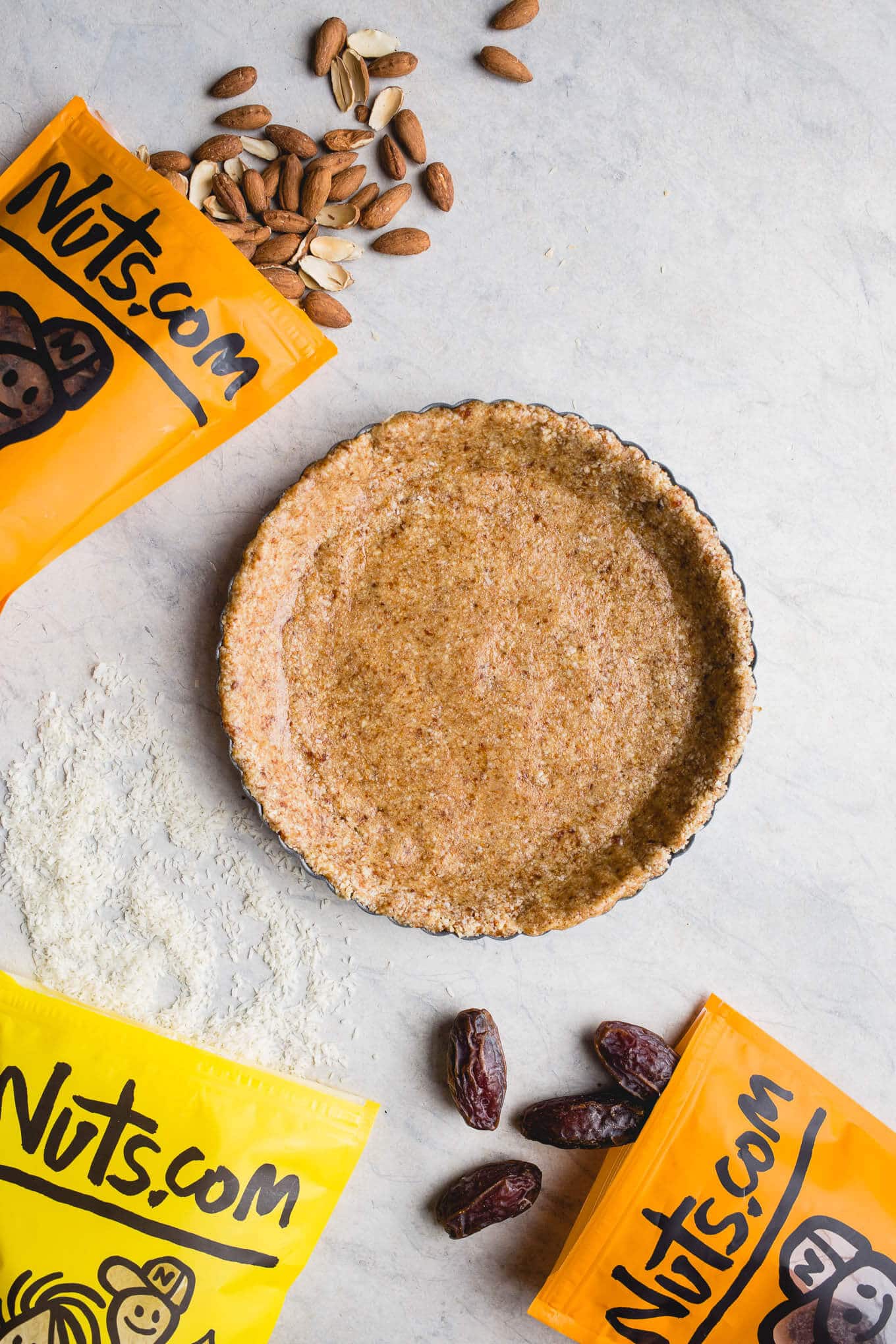 For this no-bake coconut cream pie, I set out to up the nutrition factor while keeping the sweet and creamy characteristics that we all love. 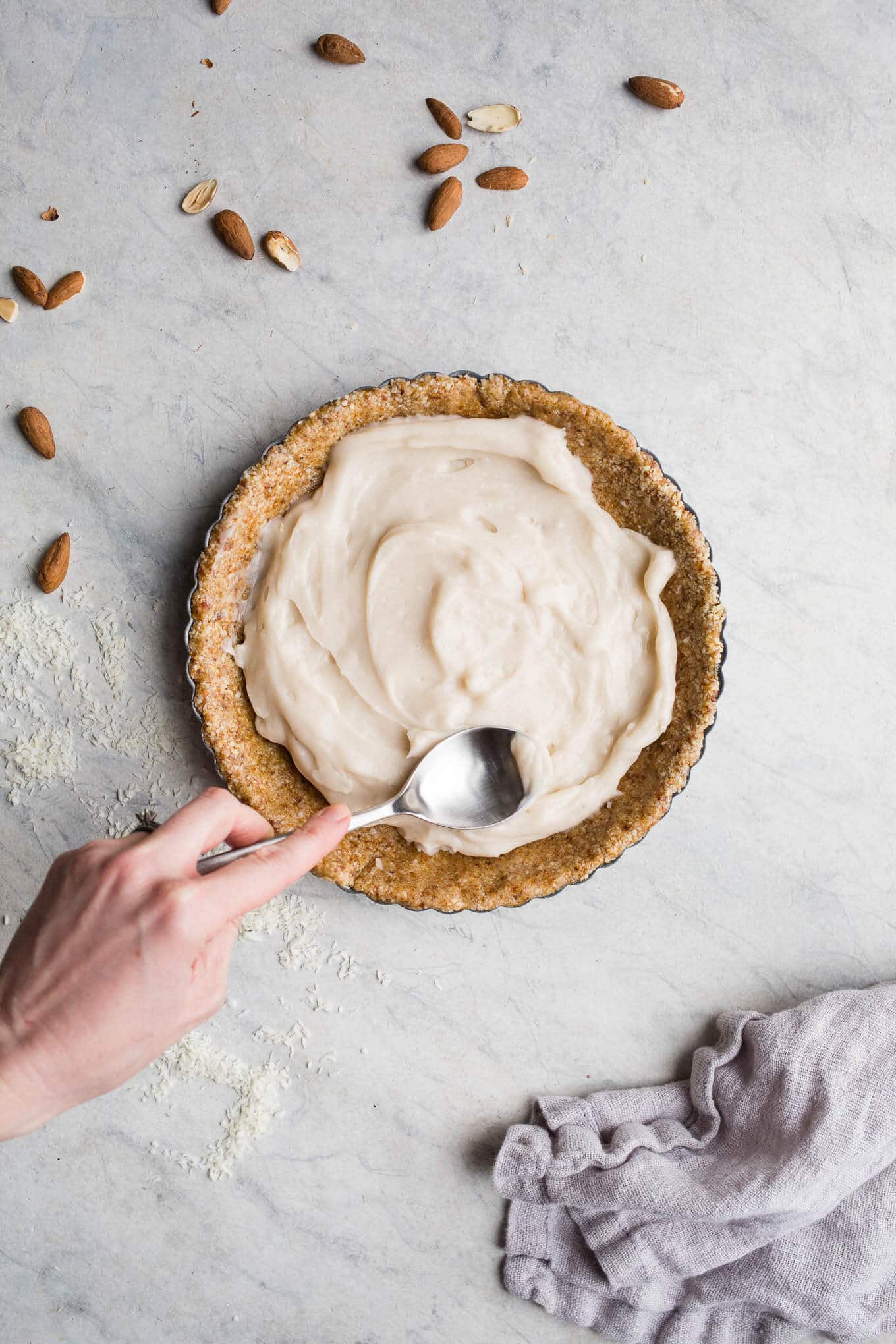 What are sprouted almonds? They are almonds that have been soaked and dried at very low heat. This slow drying process destroys enzyme inhibitors and releases the almond's full nutritional content while making them easier to digest. 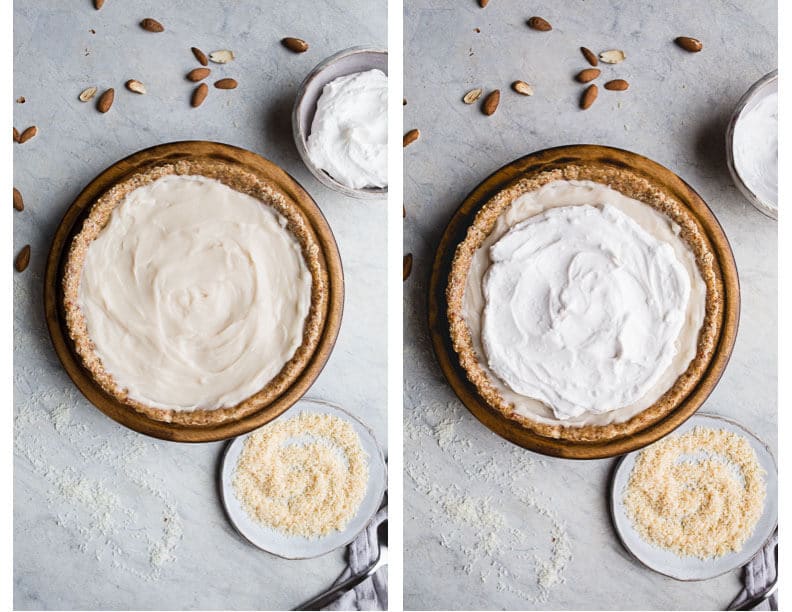 In addition to improving nutrient absorption and making them easier to digest, the sprouting process also results in a smoother, creamier, and slightly sweeter nut.

Perfect for throwing into your food processor and making some pie crust! 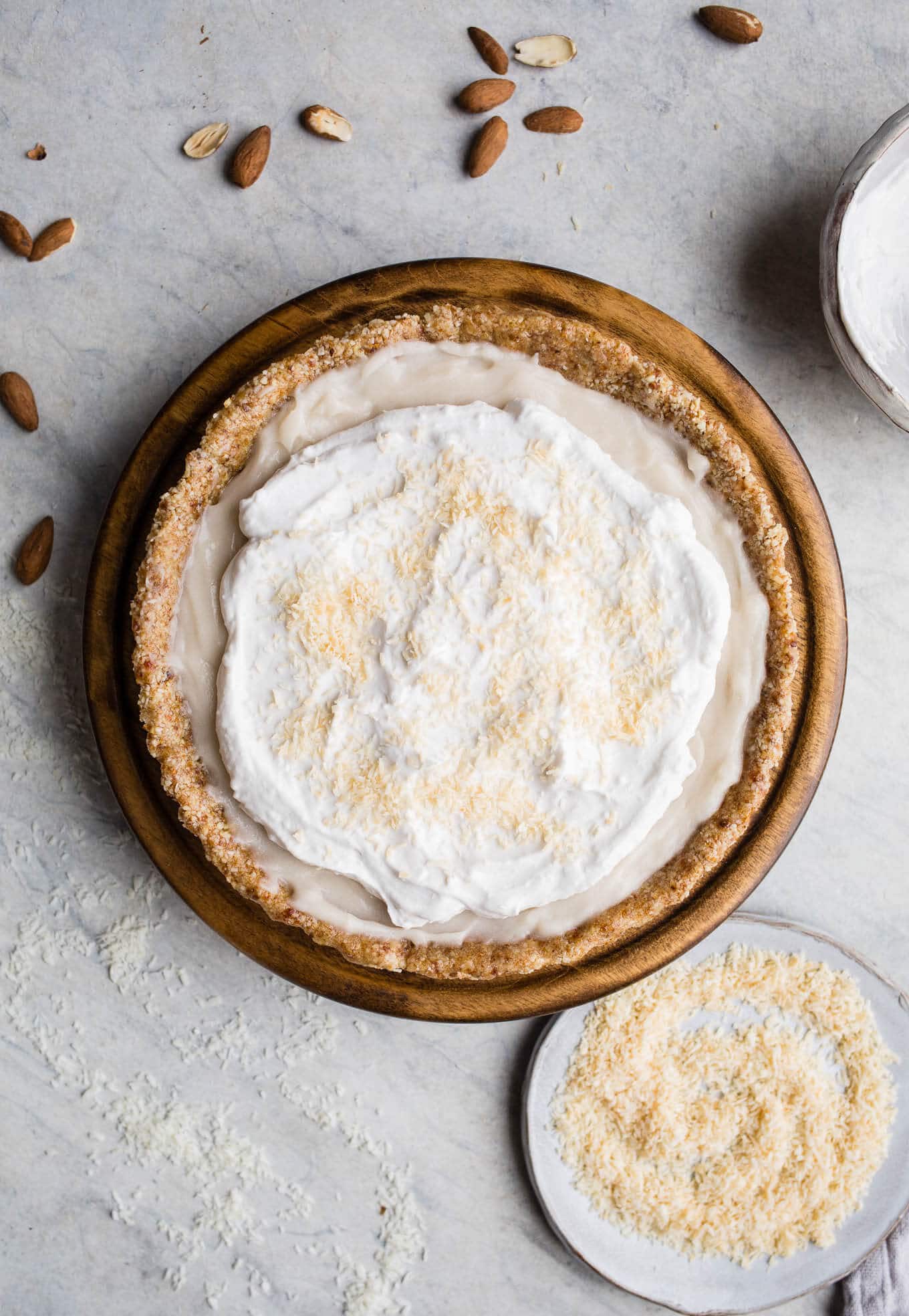 To complete the pie, the no-bake filling is made with full-fat coconut milk that is whisked over the stove and then chilled into a delicious coconut pudding. The crust is filled with the pudding, topped with coconut whipped cream, and sprinkled with toasted coconut. 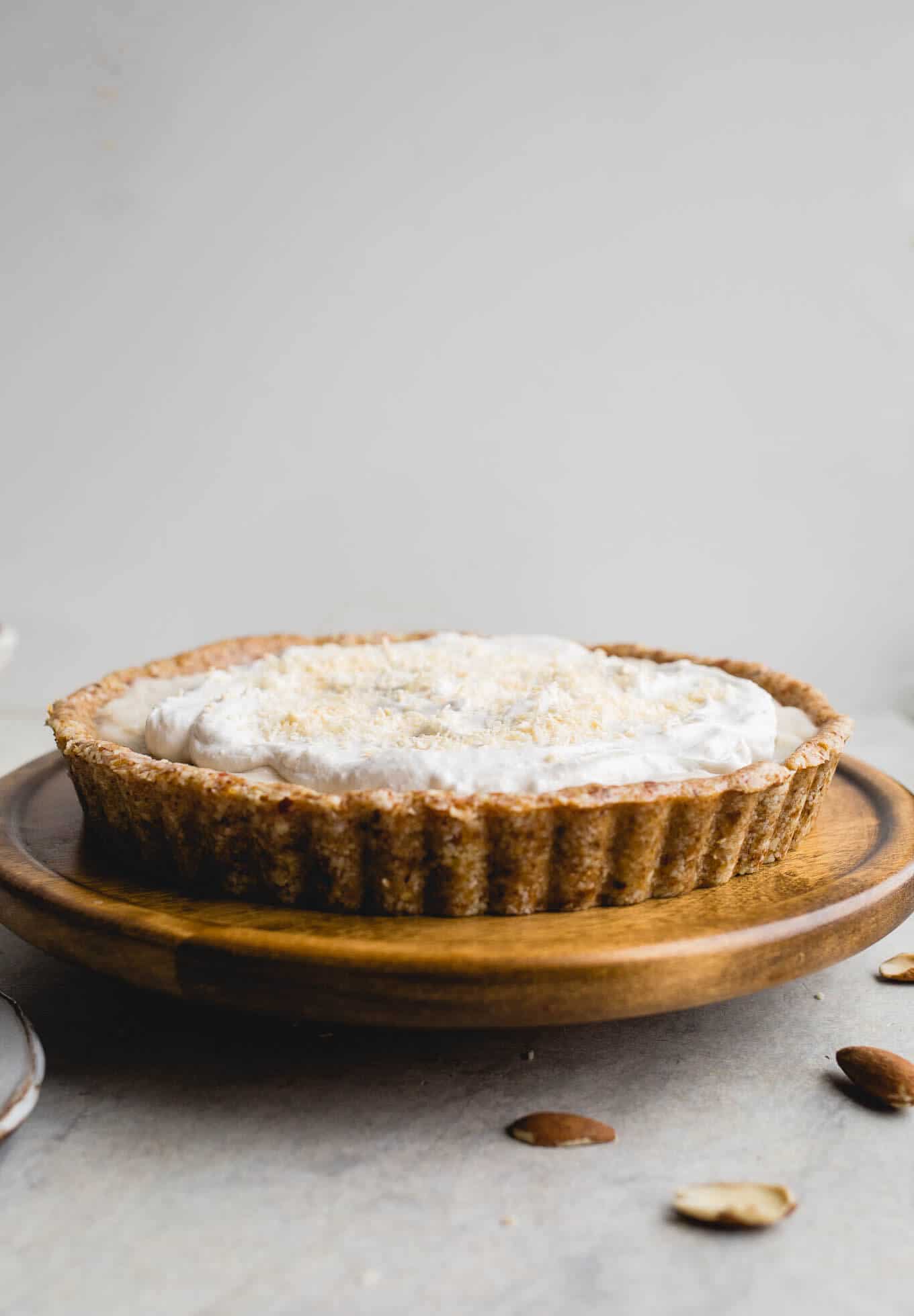 So, if you want a quicker assembly, you can prepare the crust and filling the night before.

If you want to make the pie the day of serving, plan accordingly so that time is allotted for chilling and setting. 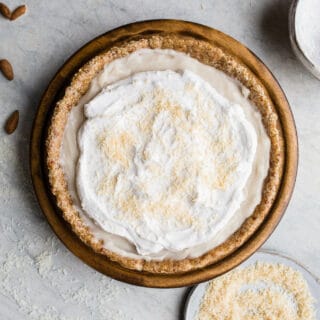 Please note that this pie will need 1-2 hours to set. Make the night before for easier holiday prep. If using coconut milk for the whipped coconut cream topping, you will need to chill coconut milk cans overnight.