This Gluten-Free Cinnamon Bread is made with almond and oat flours and topped with a simple glaze. A dairy-free and egg-free cinnamon quick bread recipe! 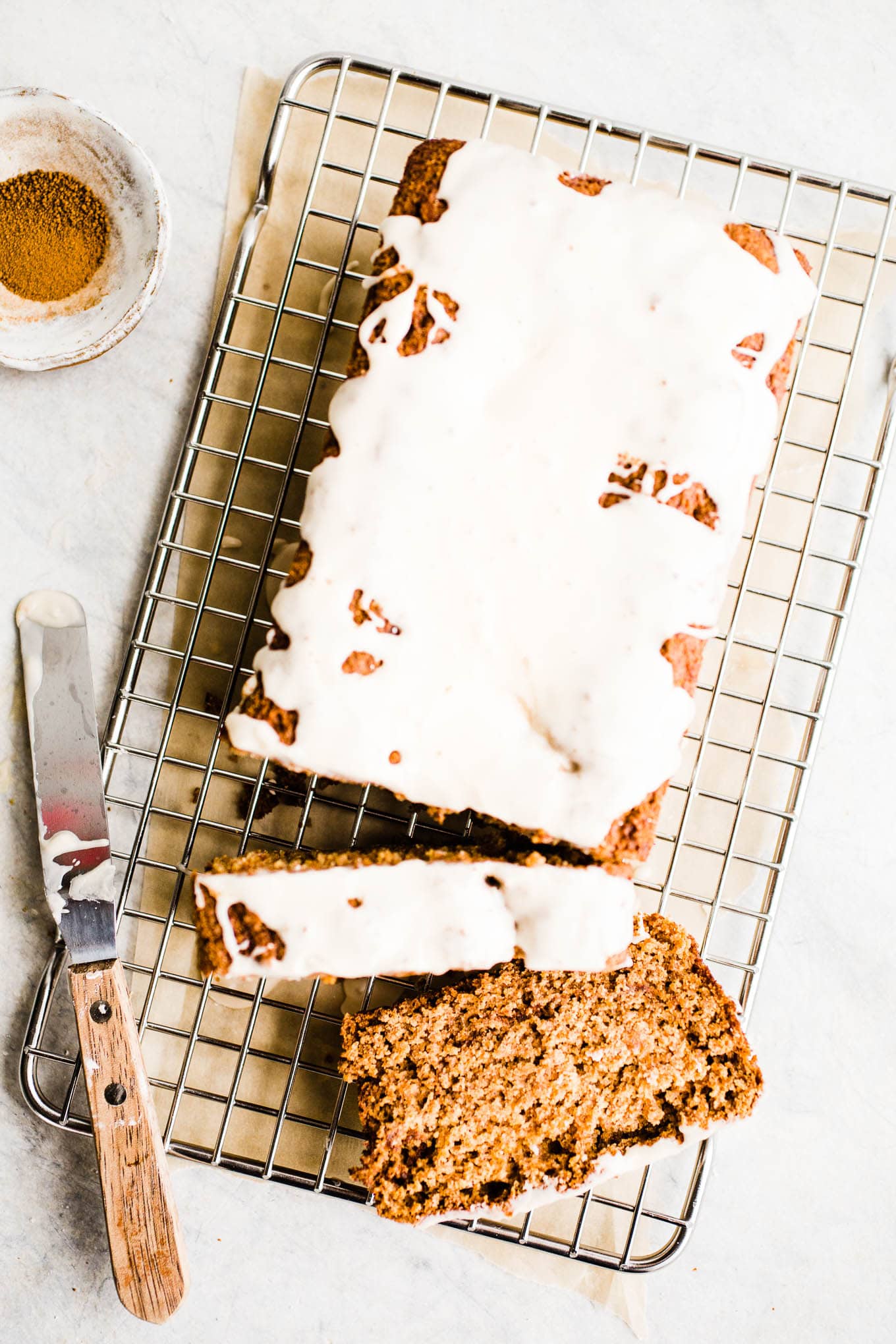 When you cross a cinnamon roll with coffee cake, the result is downright delicious.

This quick bread uses whole grain gluten-free oat flour and almond flour and is laced with a cinnamon sugar swirl. It's moist and flavorful and makes a wonderful pairing with your morning coffee or tea. 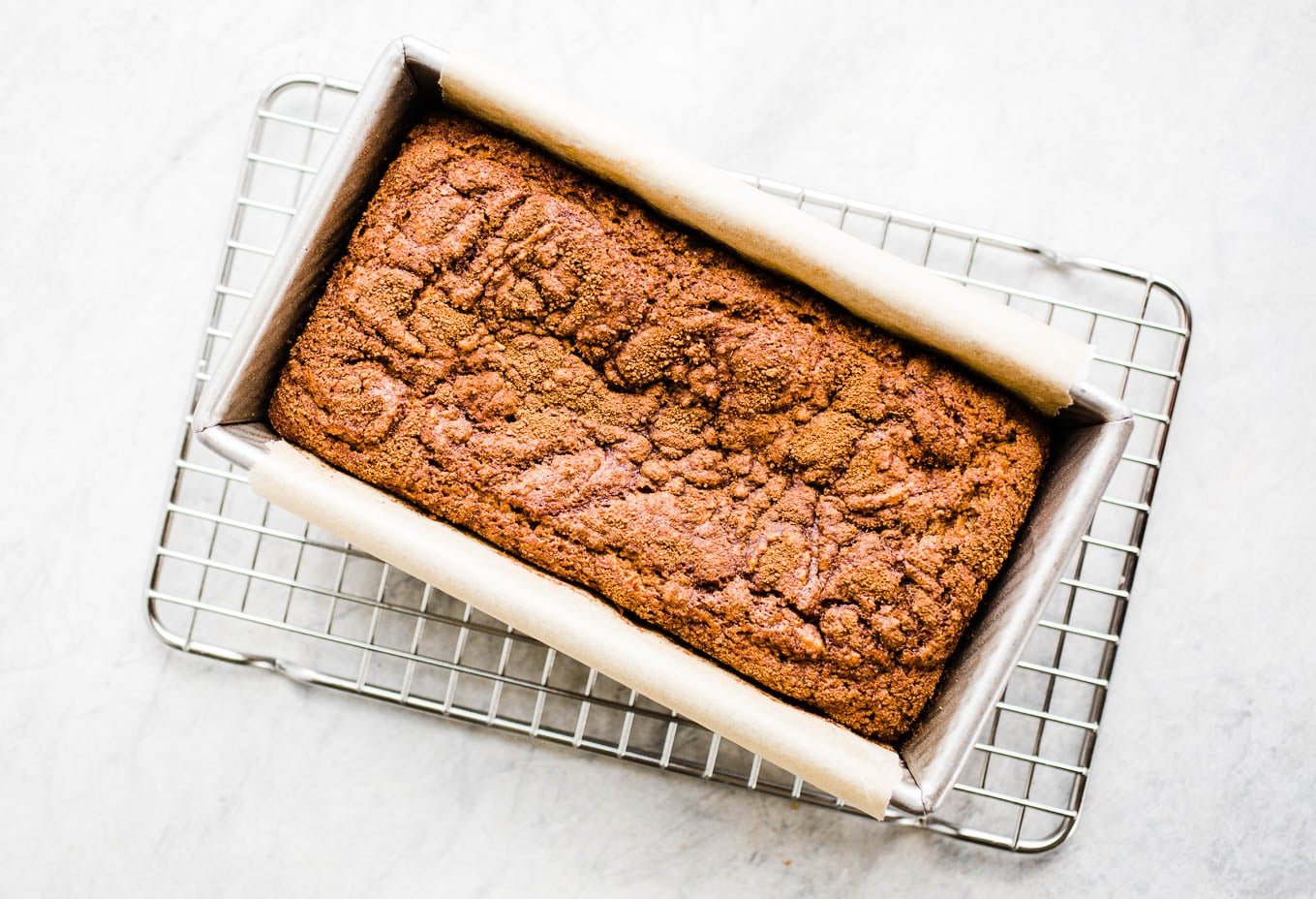 While the glaze for this bread is optional, it really does bring out the cinnamon roll aspect of this recipe. This dairy-free and egg-free loaf comes together quickly. Here's the major ingredients you'll need: 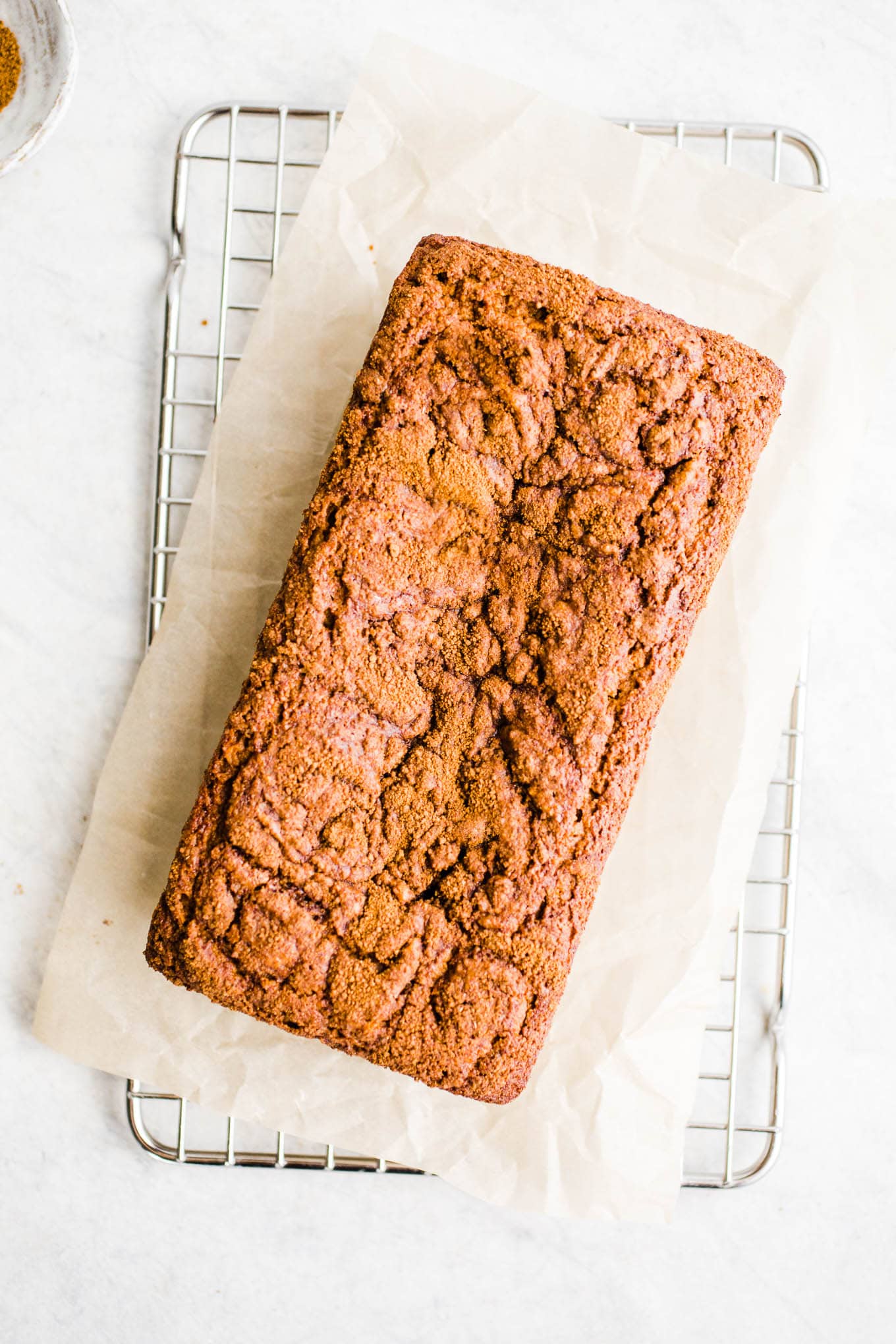 Since this quick bread combines oat flour and almond flour, it is important to stick with almond flour, not almond meal. This will result in a better texture and nicer crumb.

If you need to ensure that this is a completely gluten-free recipe, make sure you are buying certified gluten-free oat flour. Oat flour lends to this sweet quick bread recipe an extra dose of whole grain goodness and flavor. 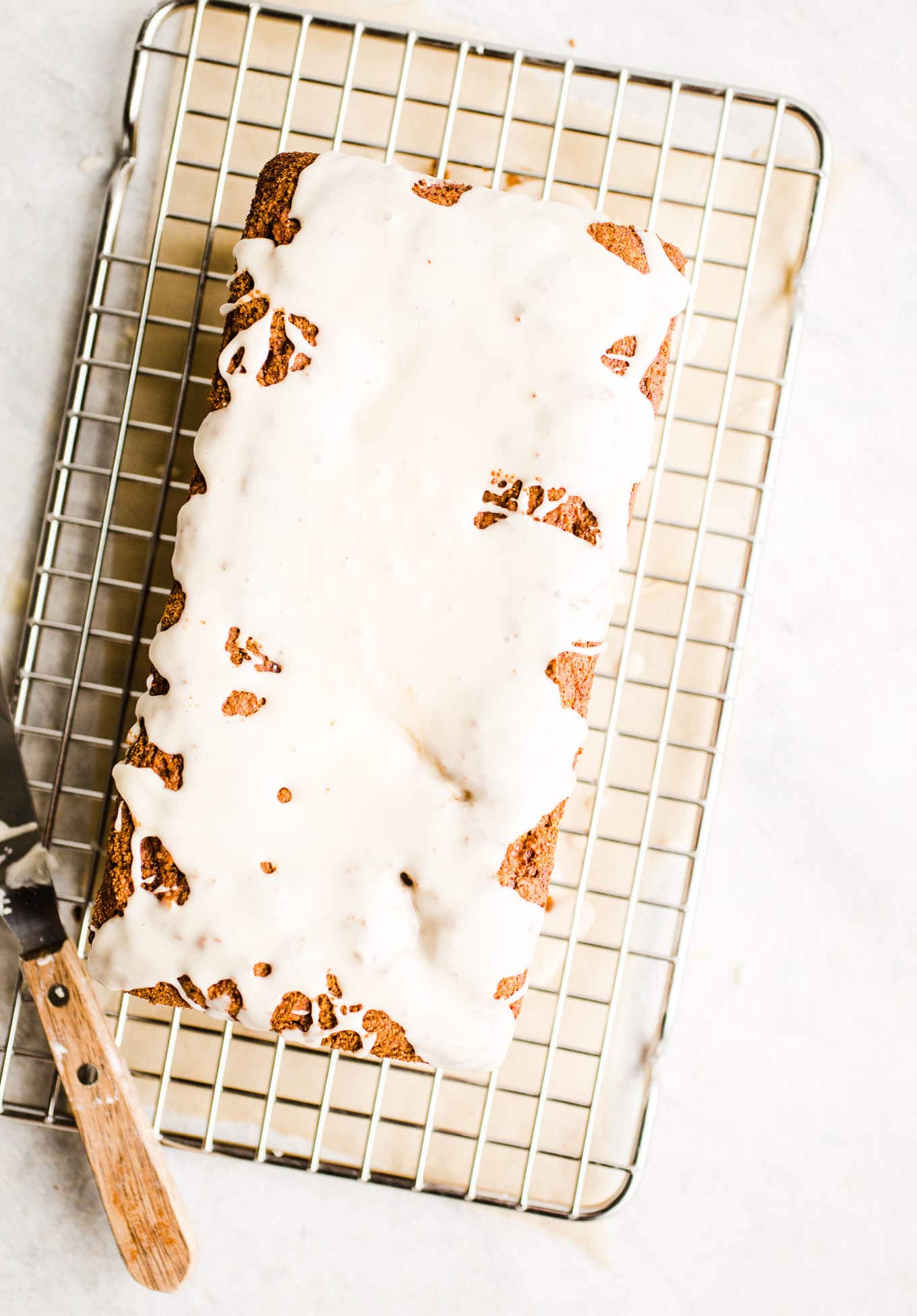 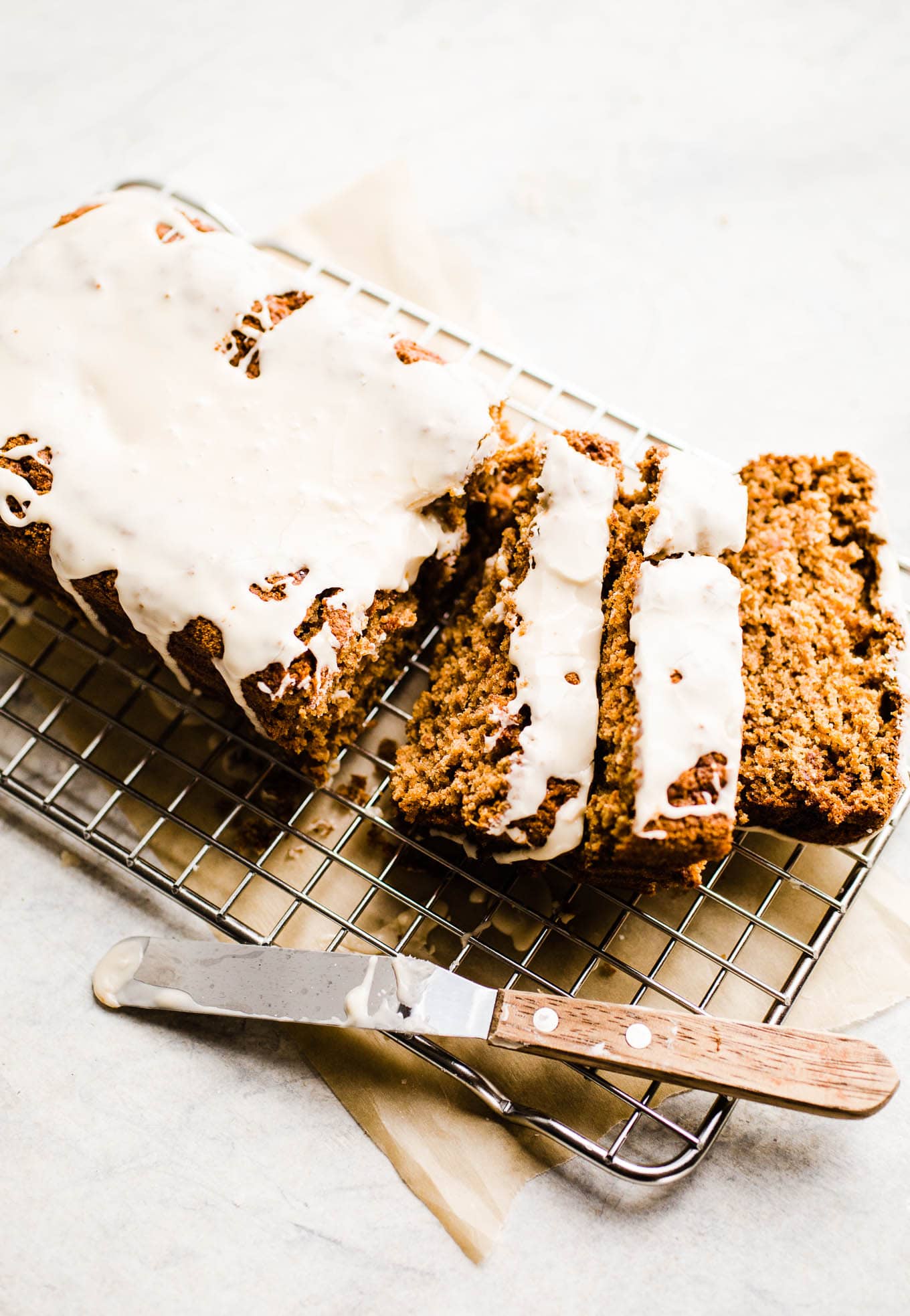 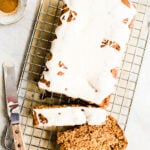 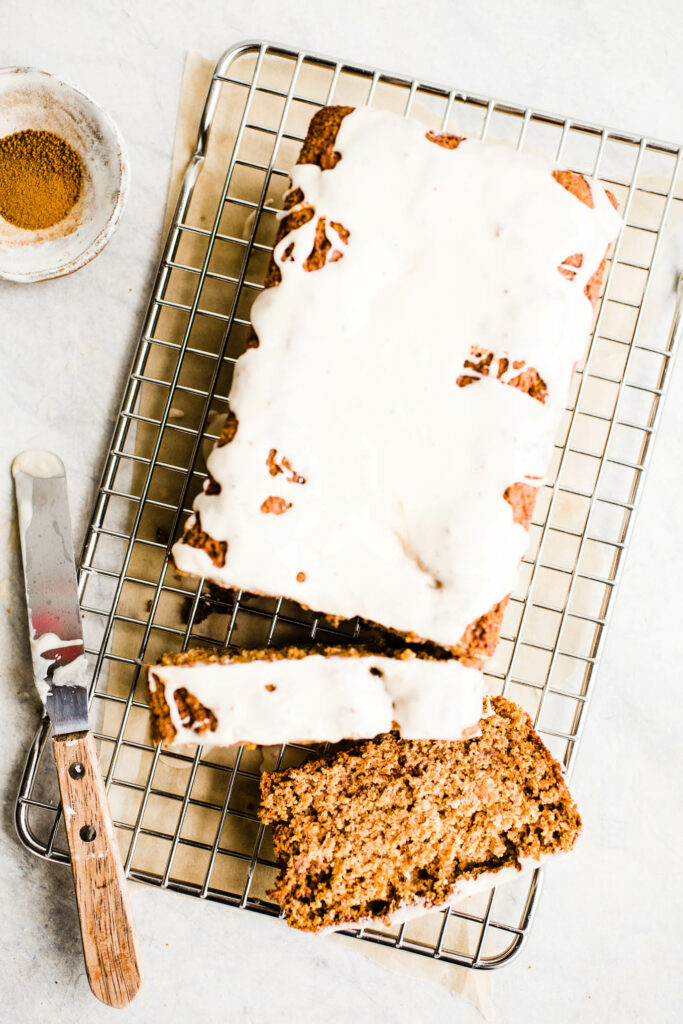