A layer of rich chocolate brownie, a layer of raspberry jam, and a layer of chocolate ganache make up these delicious Raspberry Truffle Brownies. Gluten-Free and dairy-free. 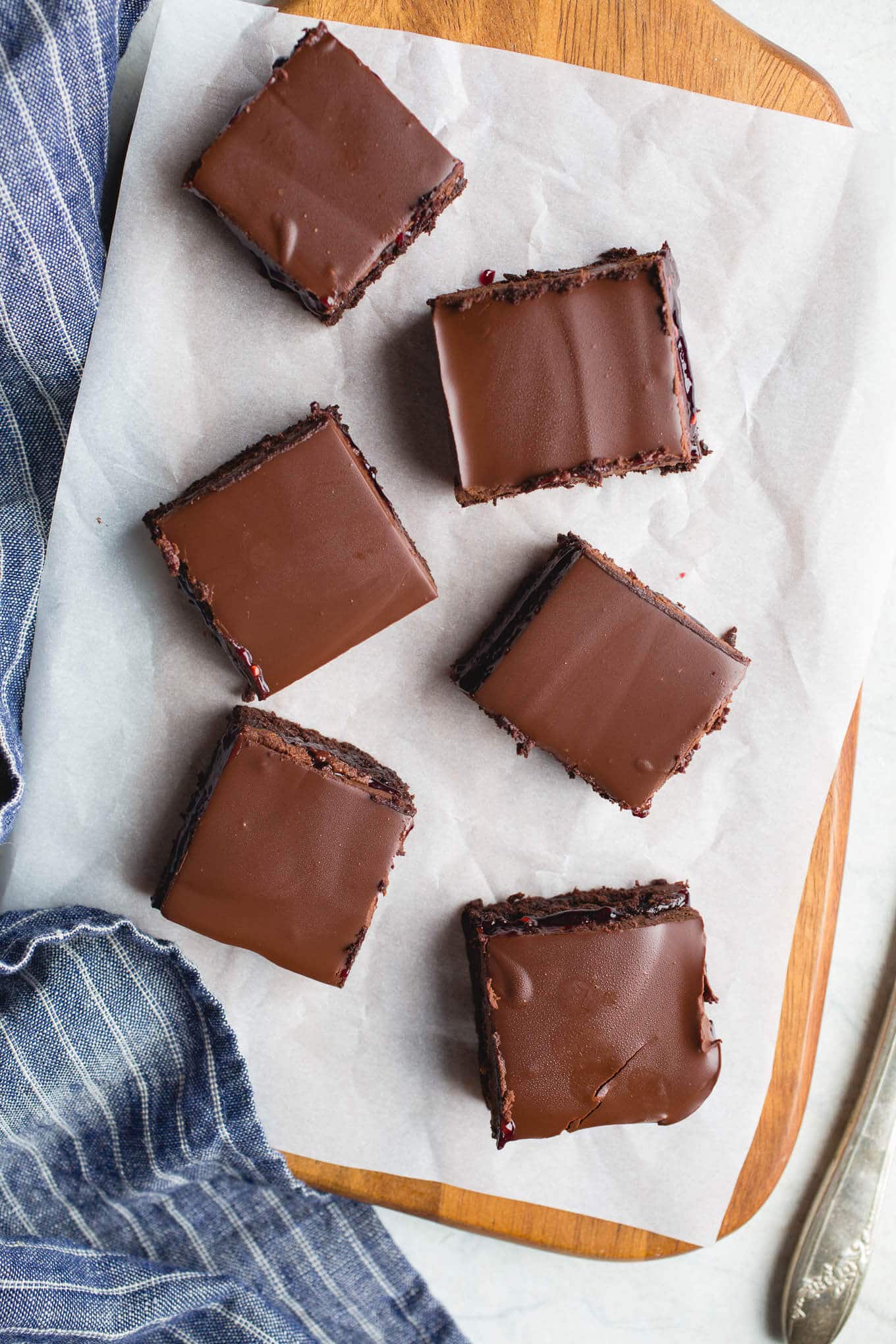 It should probably go without saying that a brownie can make a blah day seem a whole lot better. There's something about those rich, fudgy bites of chocolate brownie goodness that are satisfying and uplifting.

At the very least, I can't say that I've ever seen someone eat a brownie and frown. 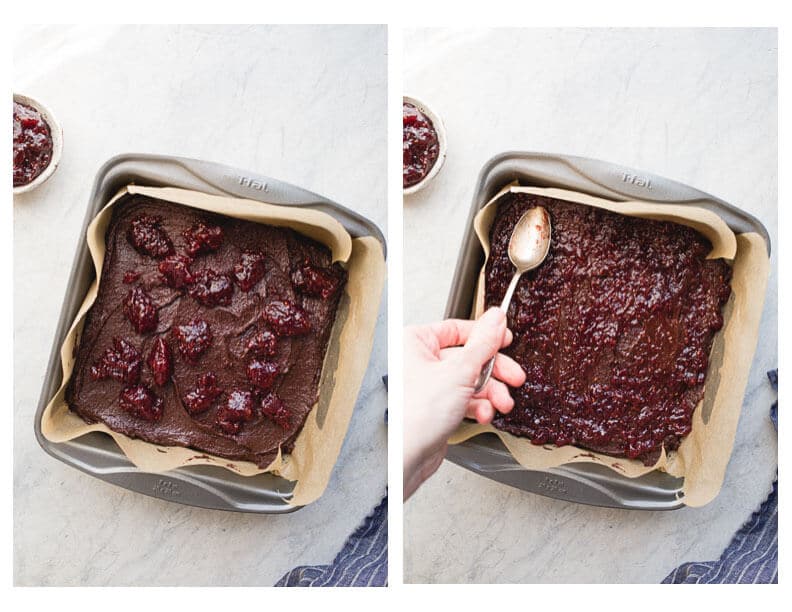 There are obviously lots of different types of brownies. Classic brownies. No-bake brownies. Even peanut butter swirl brownies. And now there are gluten-free raspberry truffle brownies. 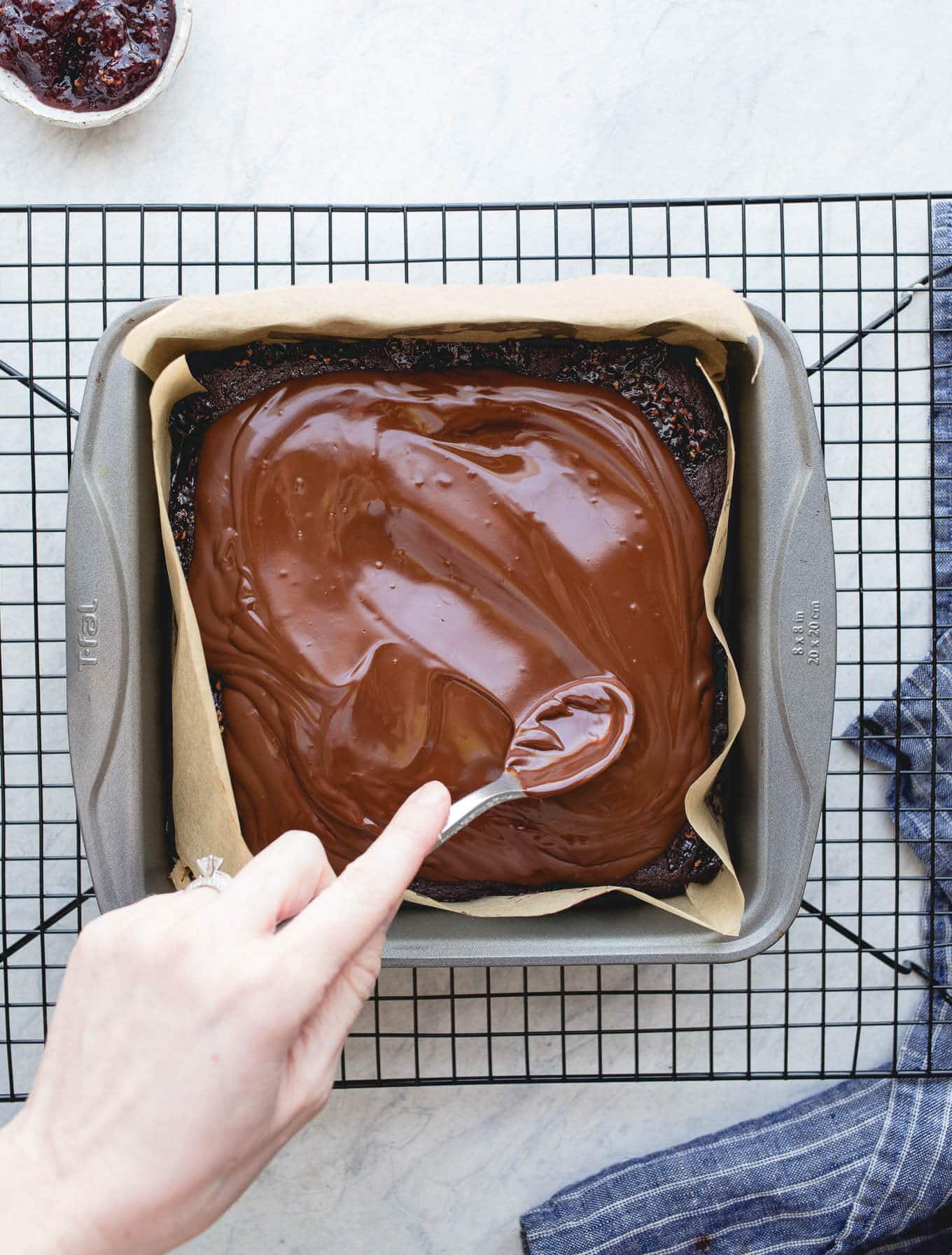 Starting with a fudgy-chocolate brownie batter base that is baked with a layer of homemade or store-bought raspberry jam, the cooled brownies are then topped with a simple two-ingredient chocolate ganache (dairy-free too!).

Here is the hard part though... 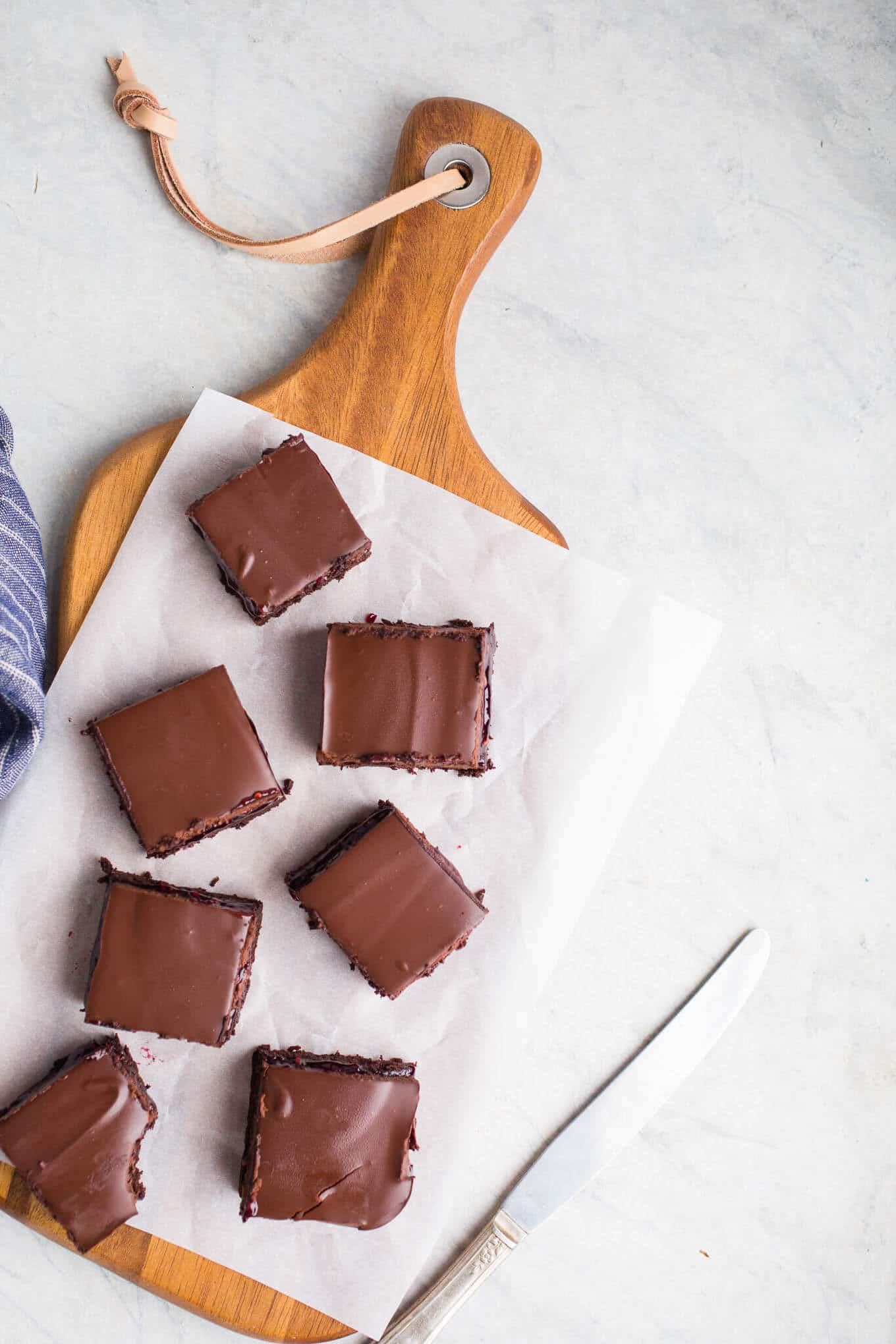 The ganache does take a few hours to completely set in the refrigerator. But believe me, when it does, it will be well worth the wait.

The chocolate ganache transforms these from simple brownies with raspberry filling, to a decadent dessert worthy of chocolate-raspberry-truffle status. 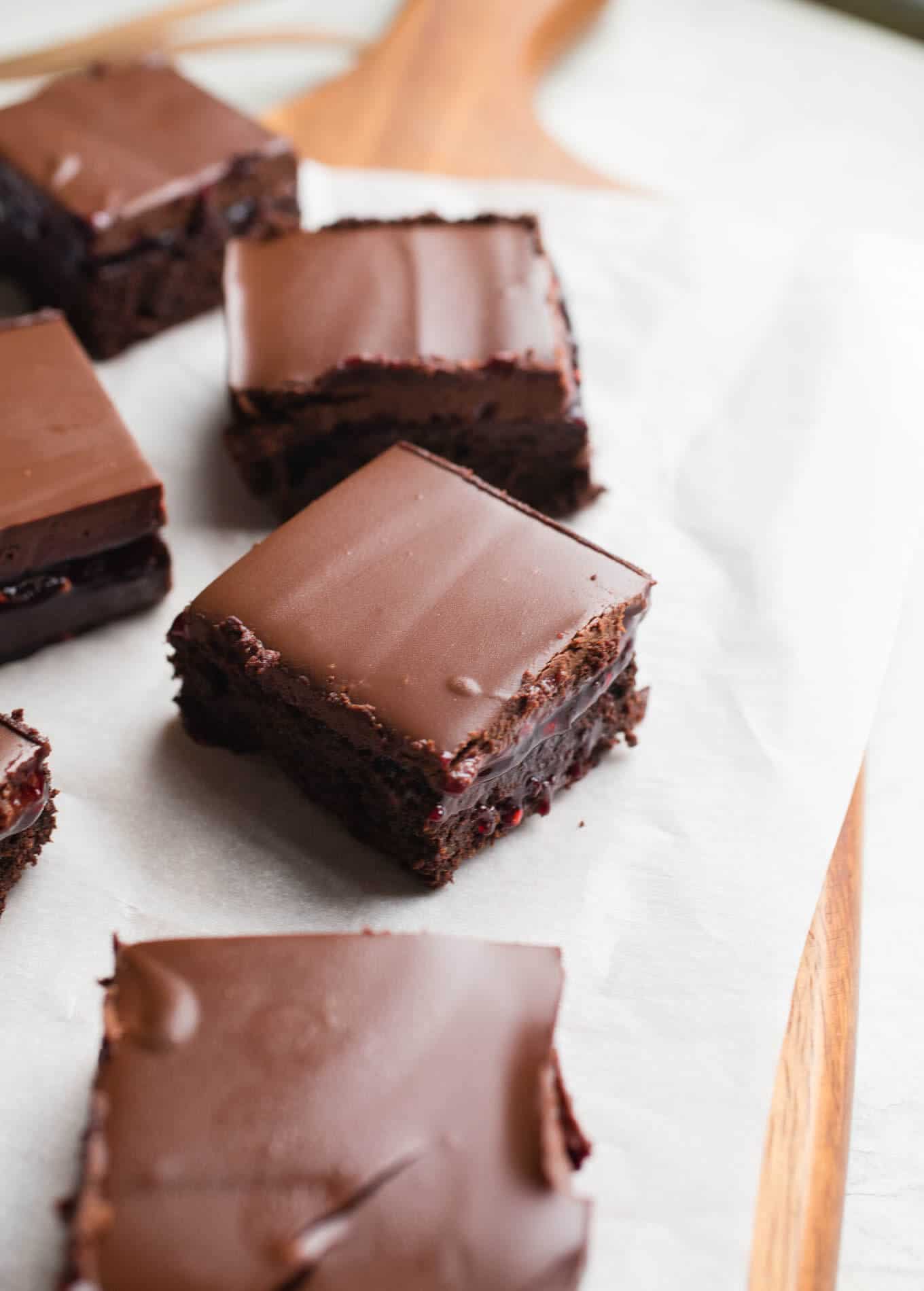 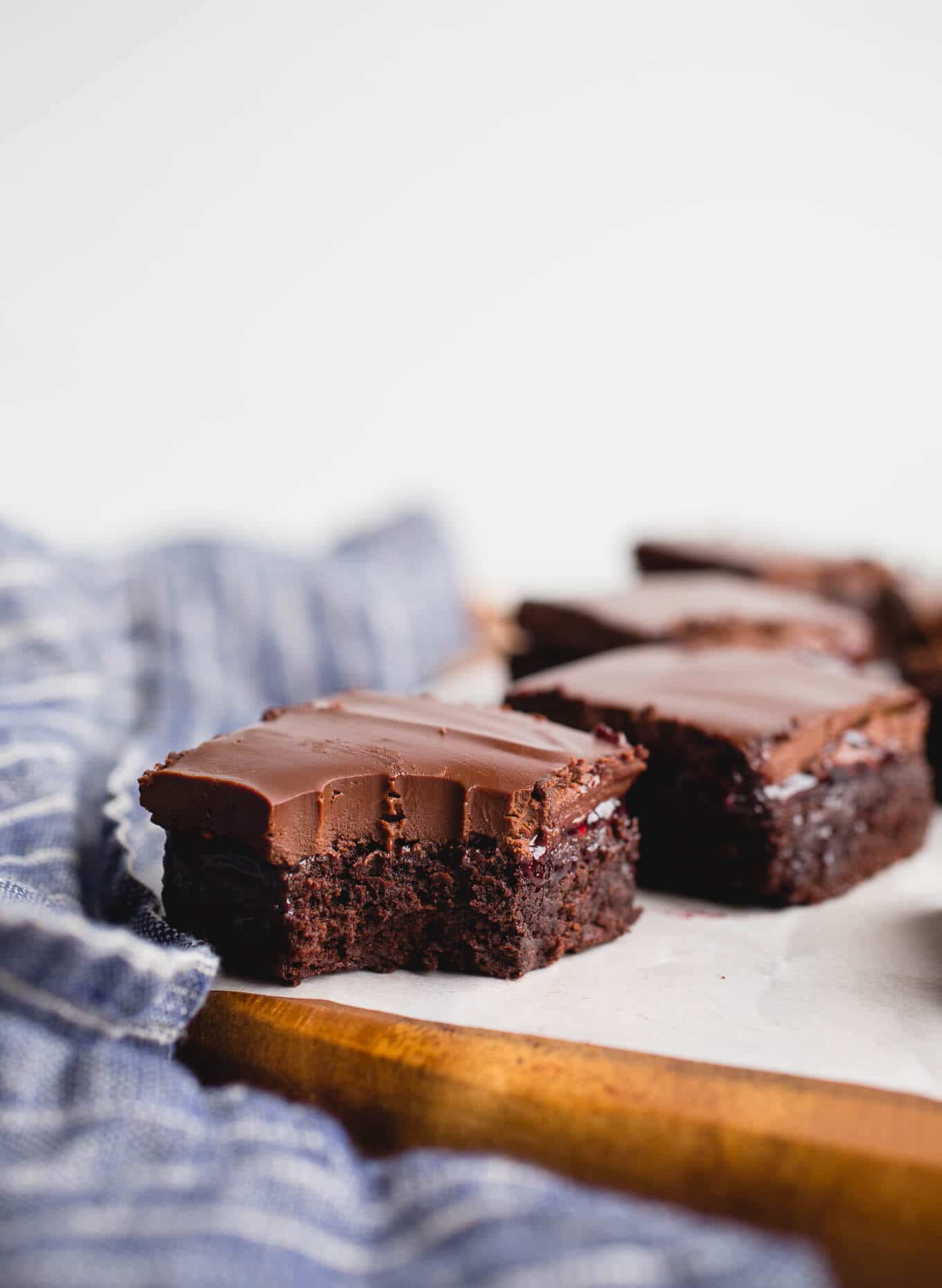 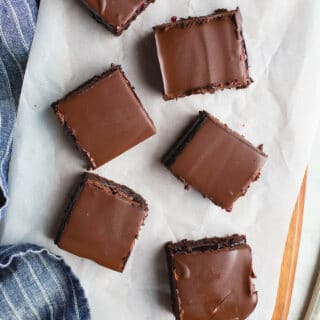 Adapted from Julia Turshen and The Washington Post.  Please Note: Total time does not include 3 hours to chill in refrigerator and set.