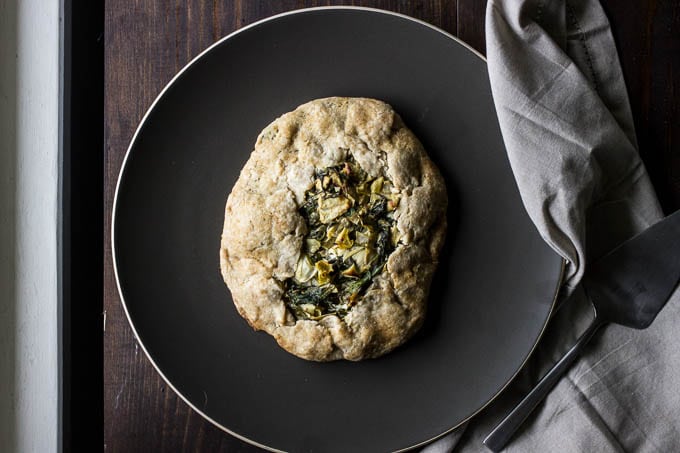 This weekend reinforced the fact that spring is truly here (yay!) and summer is right around the corner (double yay!). The weather was glorious and everything that we could do outside, we did.

Lunches and dinners on the deck with the dogs as they sunbathed, their pink bellies rolling towards the sun like flowers.

Nighttime s'mores over a backyard firepit with friends.

An afternoon birthday picnic in Loose Park, the kids running kites through the lush grass and the adults landing on a discussion over Myers-Briggs personality types. Conclusion: each of us was a different type. INFJ, INTJ, INTP, ESFP, etc. Definitely an introvert-heavy group. This stuff fascinates me. What type are you? 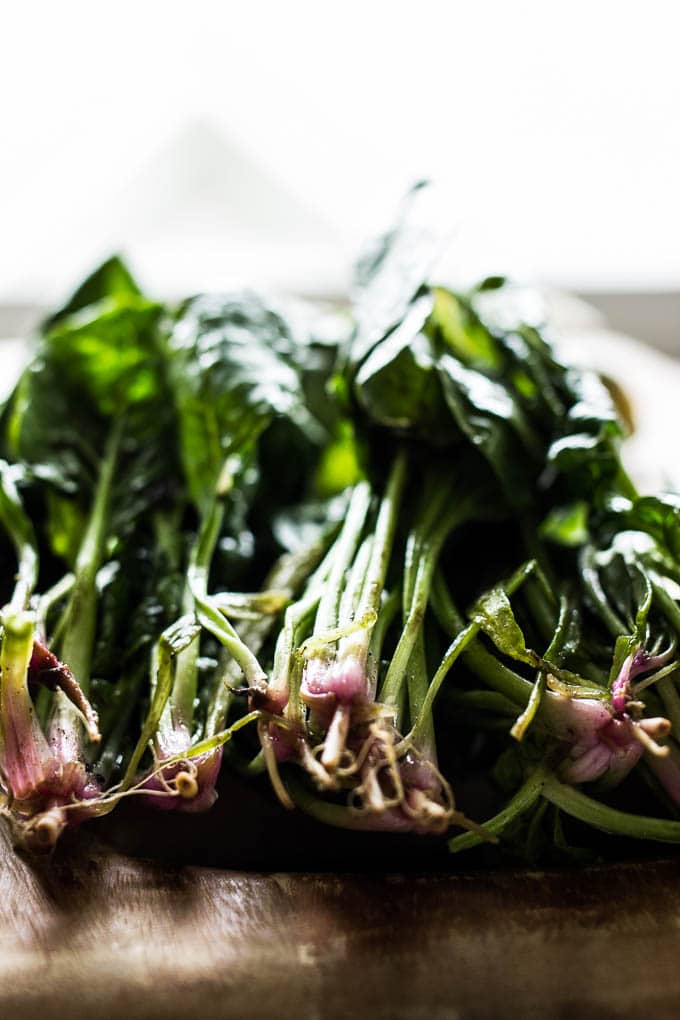 The growing green that has finally bathed our city has had me craving green food as well. This spinach and artichoke galette has been on repeat for the last couple weeks, either for dinner with soup or taking it to work as a light lunch. The crust is the same that I adapted for my winter citrus galette, minus the sprinkling of sucanat on top, making for a versatile dough to pair with this more savory creation. 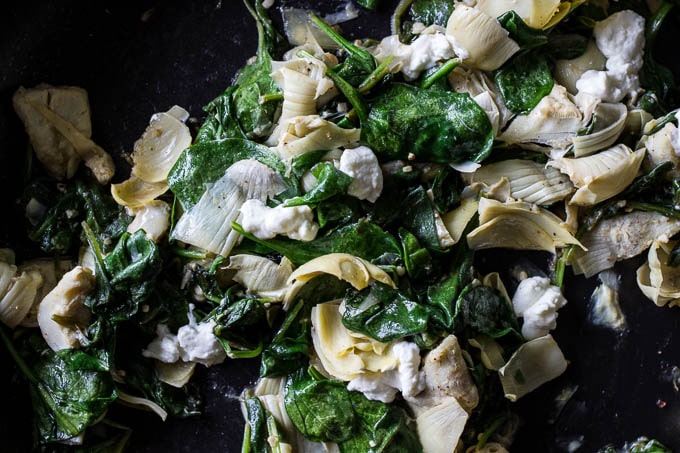 The filling for this galette is simple, really. Fresh spinach, artichoke hearts, a splash of lemon, a pinch of cayenne, with goat cheese folded into the sauteed mixture. Taking a cue from Erin's Yummy Supper, I also scattered some goat cheese on the rolled-out dough before adding the filling. Spinach-artichoke creaminess at its best.

A simple gluten-free, meatless meal. The dough for this vegetarian galette can be made a couple days ahead of time. Allow the dough to sit for 10 minutes outside the refrigerator before rolling it out.
5 from 1 vote
Print Pin Rate
Course: Main Course
Cuisine: American
Prep Time: 25 minutes
Cook Time: 40 minutes
Total Time: 1 hour 5 minutes
Servings: 4 servings
Calories: 388kcal
Author: Tessa

*Psyllium husk powder can be found at health food stores or at amazon.com. If you are not sensitive to it, xanthan gum can be substituted. Crust from my Winter Citrus Galette.