Quick and easy Almond Jam Tart recipe made with simple ingredients and makes for a delicious and crowd-pleasing gluten-free and dairy-free dessert. 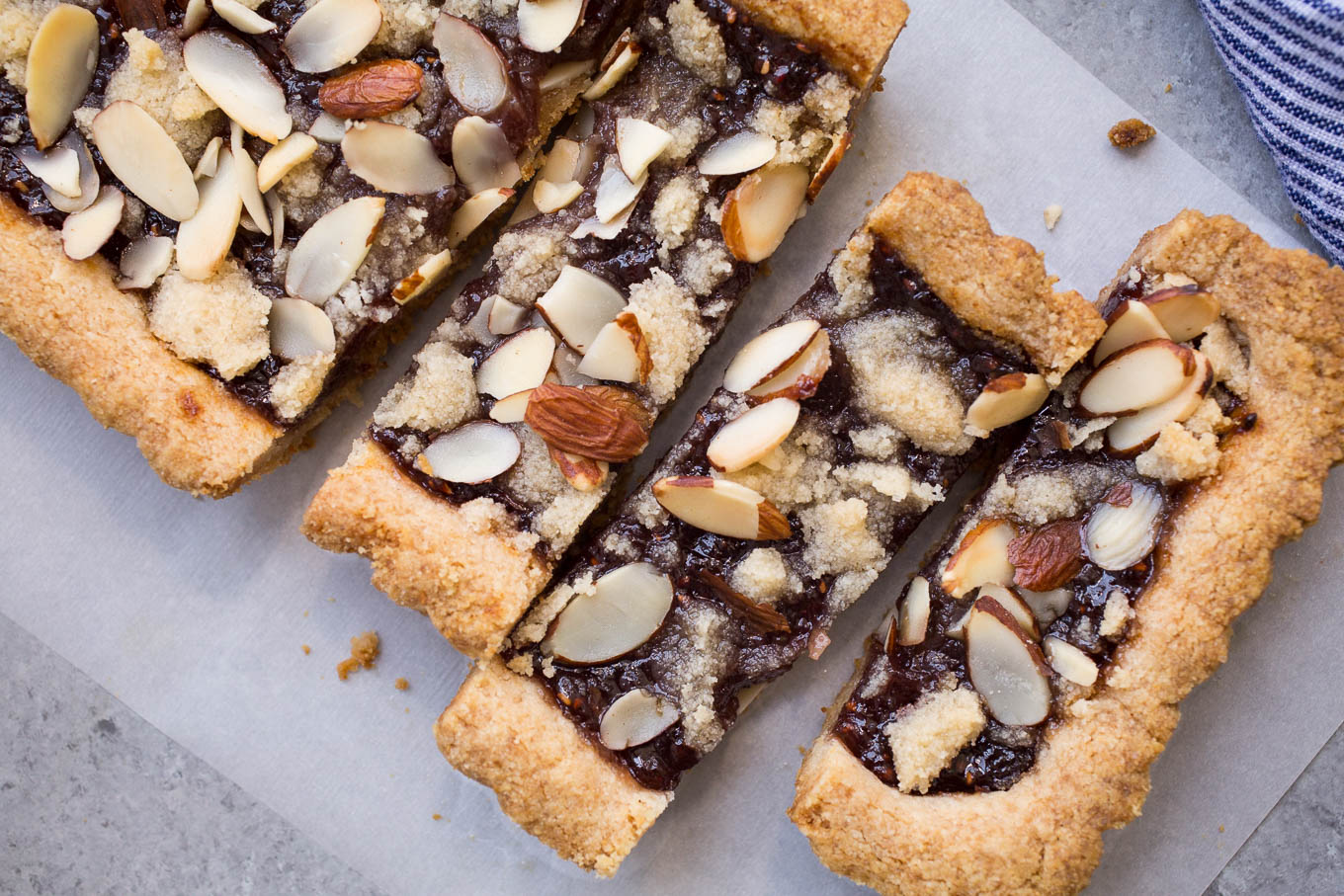 Tarts have to be one of my favorite types of desserts to make. They are no fuss, come in all shapes and sizes, and with simple adornments can often be one of the prettiest.

This almond jam tart is now at the top of my list. 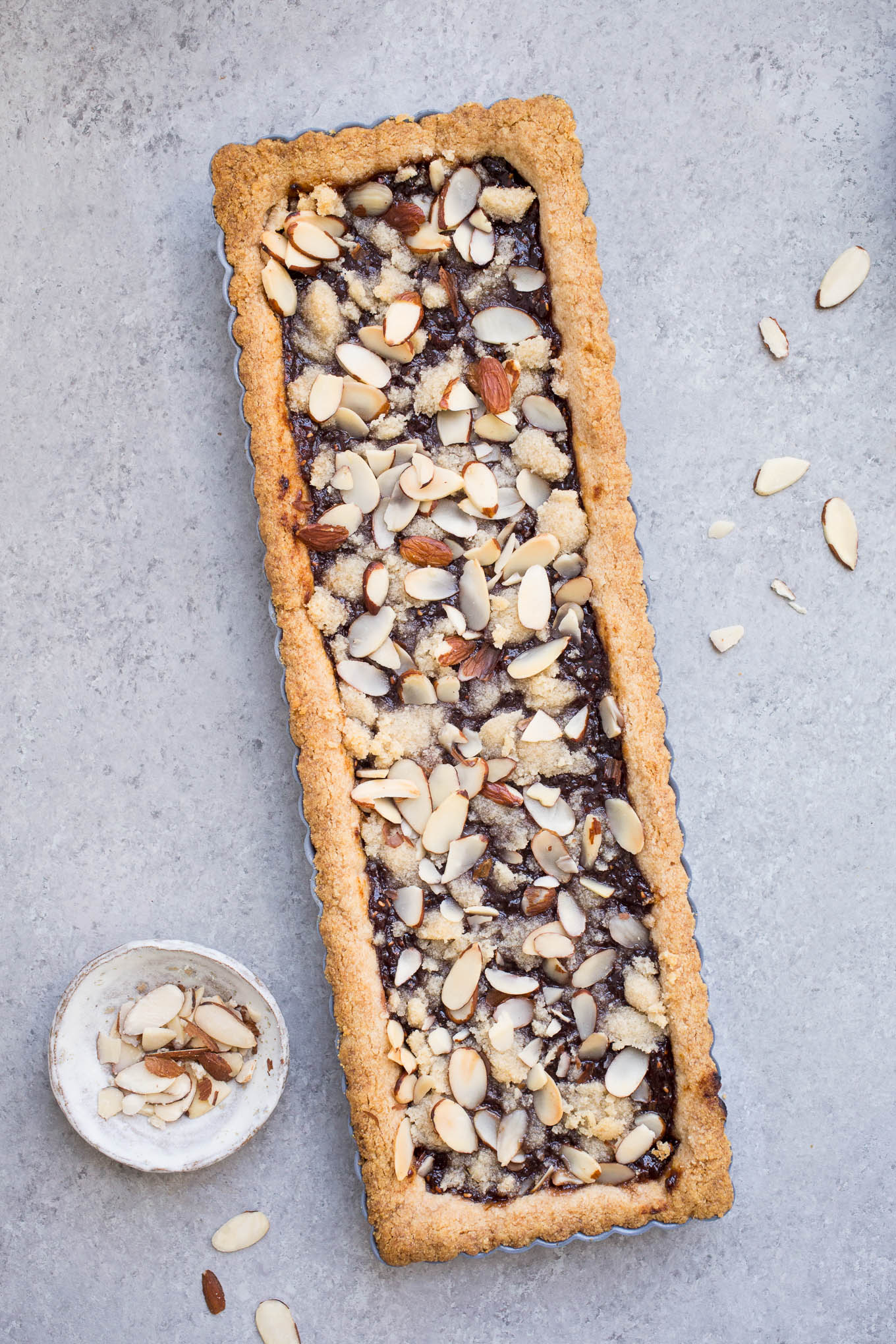 The ease of a press-in crust is really what seals the deal for me. This one does not disappoint.

A combination of almond and white rice flour brings this into dough form with coconut oil and organic cane sugar.

What I find magical about coconut oil is that with the right combination of flours, you get a wonderfully buttery chew, sans the butter. 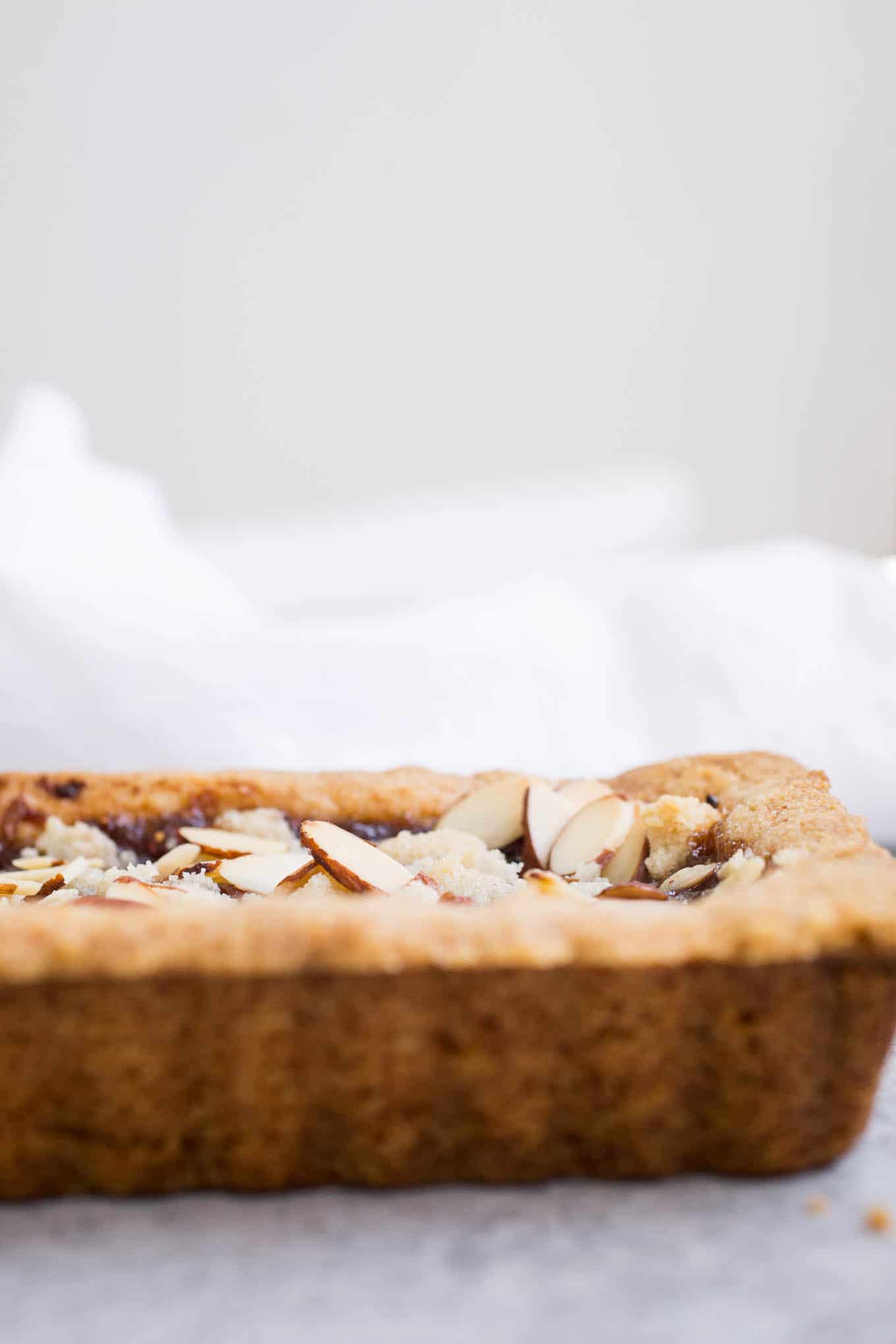 Once the crust is pressed in, a store-bought jar of preserves or jam of your choosing (I use raspberry) is spread into an even layer, sprinkled with some reserved crust dough and slivered almonds. 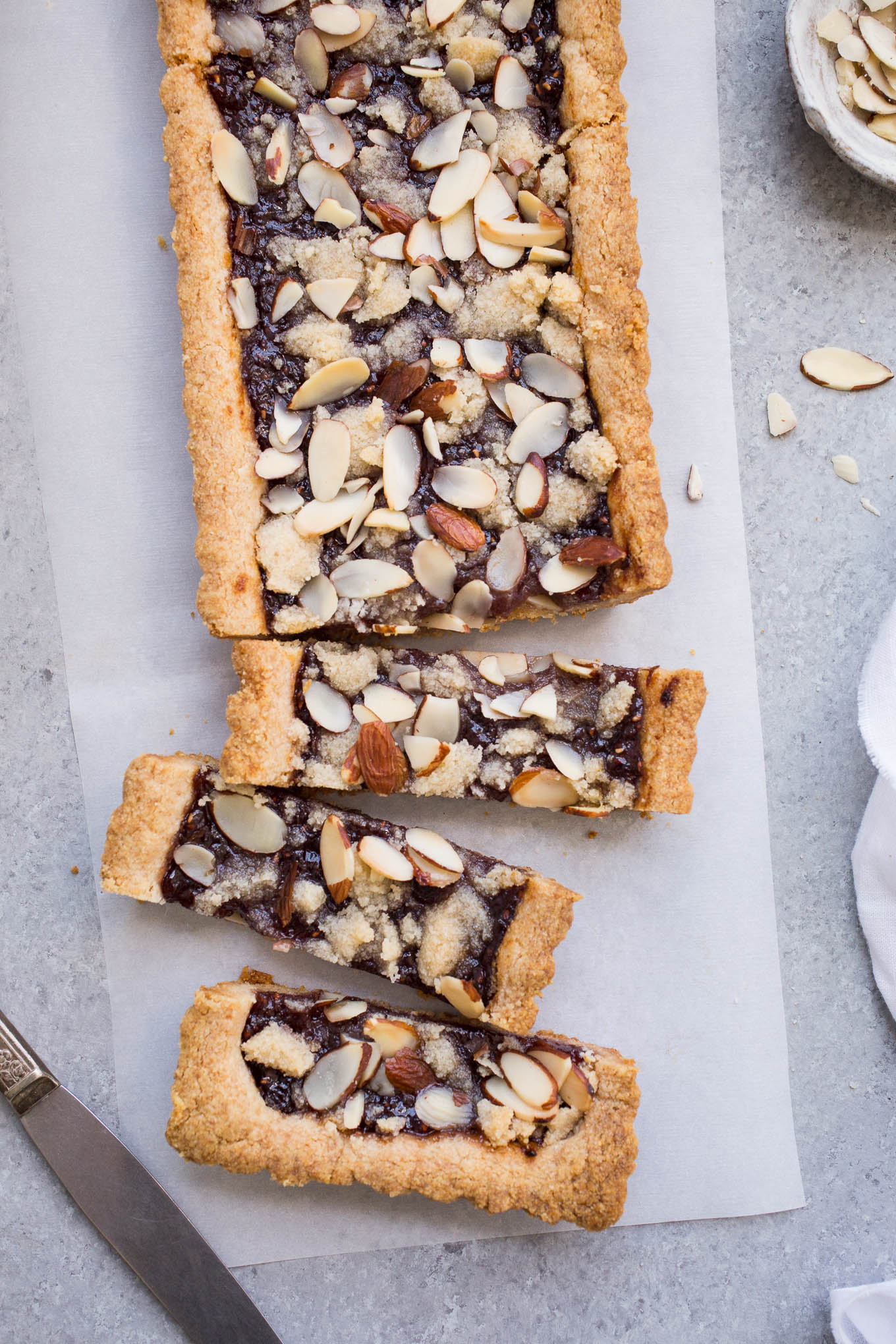 The result is a super simple—super delicious—almond jam tart meant for sharing. With Mother's Day this weekend, you can fix it and forget it until it's time for dessert. I promise Mom won't be disappointed. 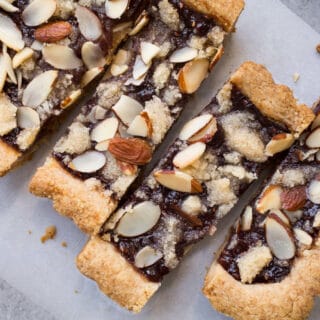