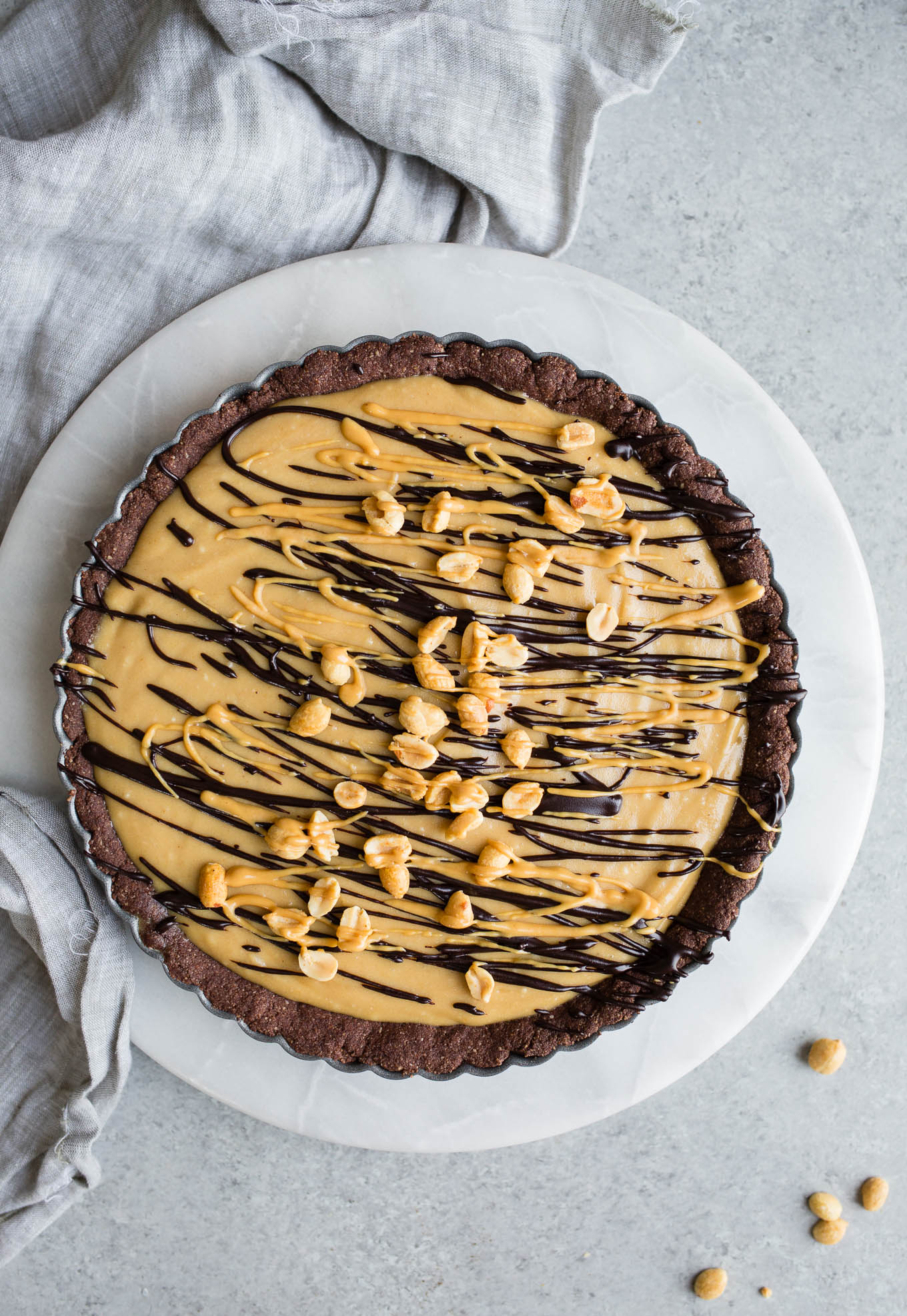 Frozen summer desserts may be the most the satisfying, in my opinion.

Cool, creamy, and flavorful, everything from popsicles to no bake brownies cure the sweet-toothed and the over-heated. 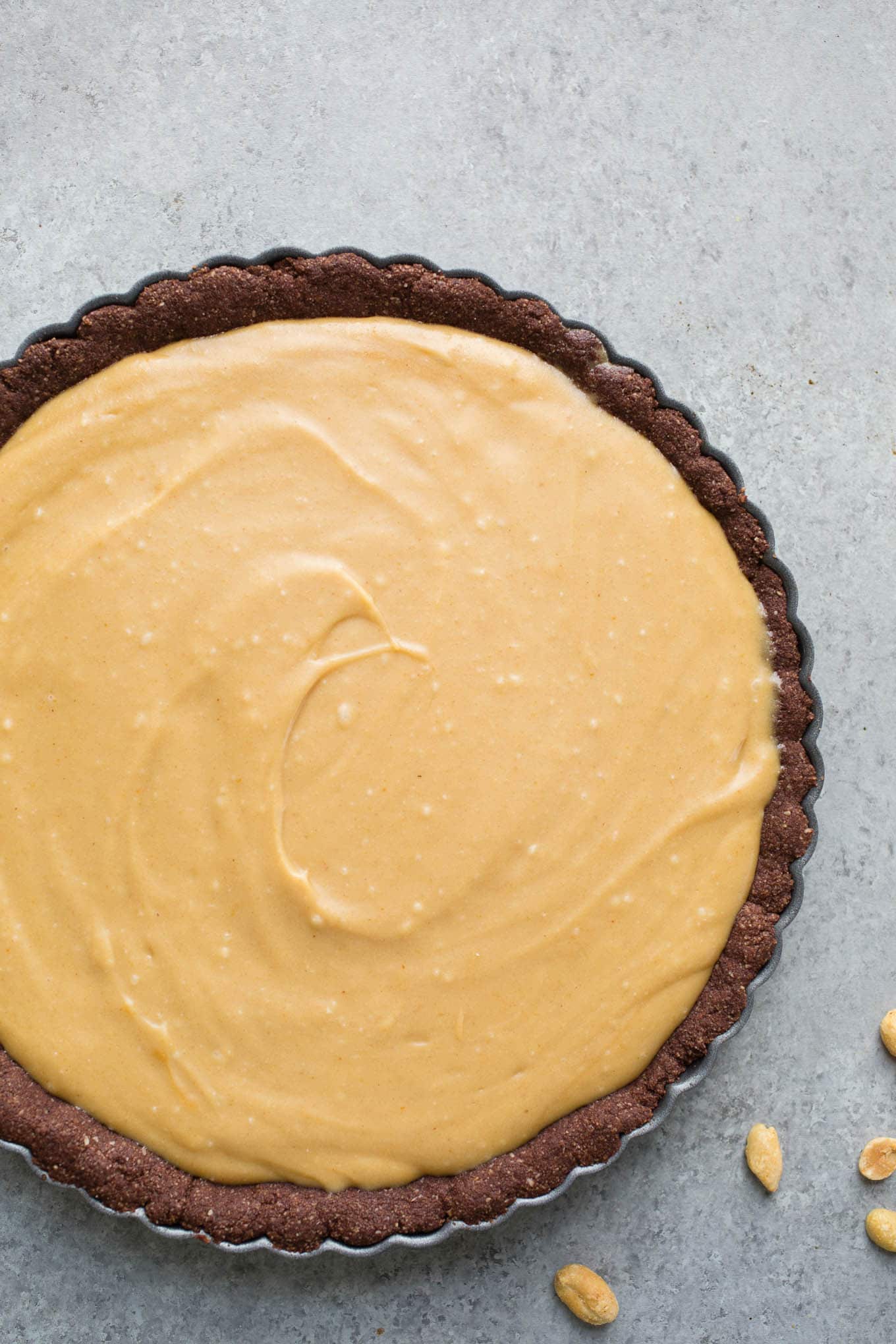 With Father's Day coming up, I wanted to make a celebratory pie, but one that fit the hot summer days criteria. 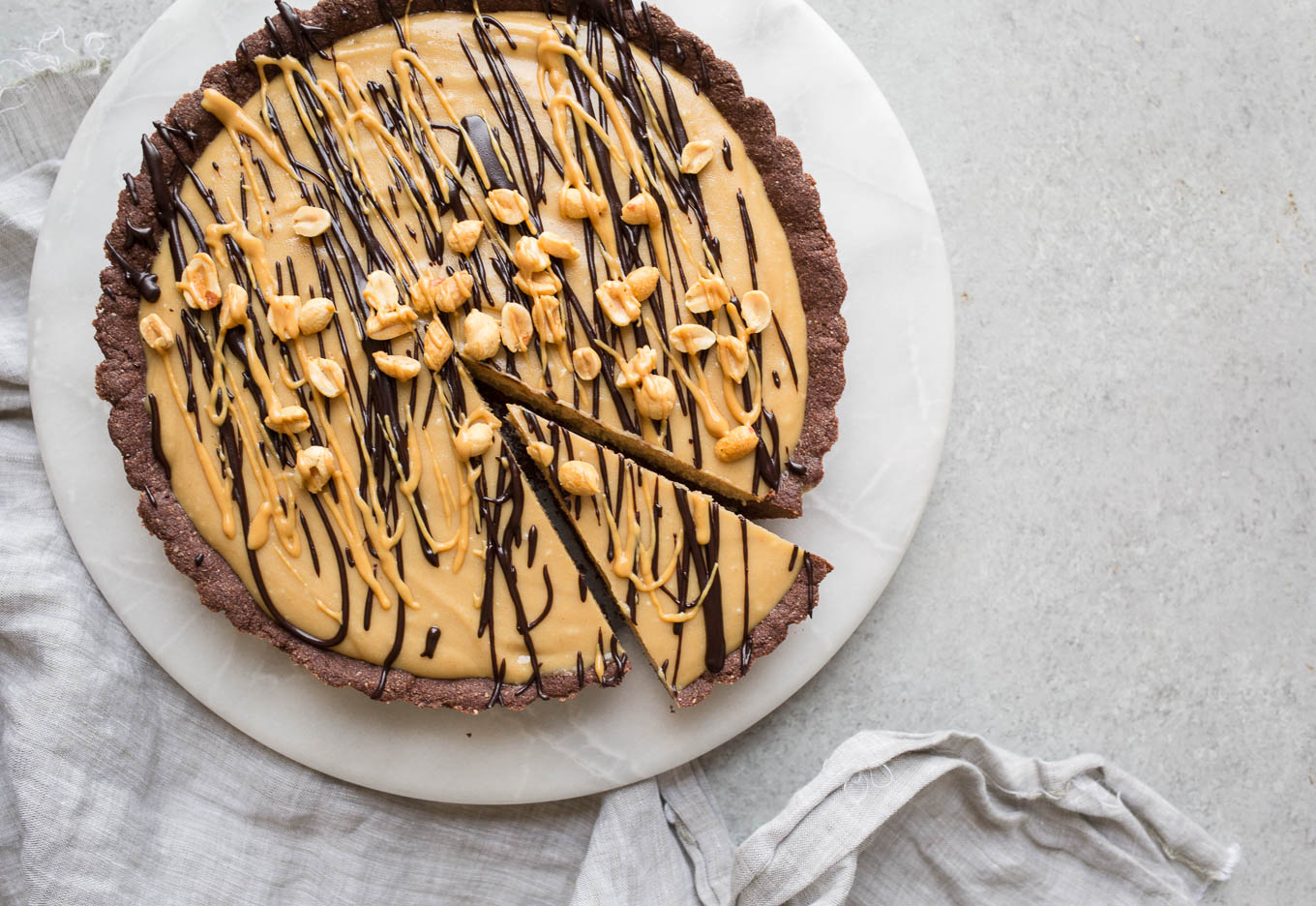 With only seven ingredients and minimal effort, you can pull off a frozen peanut butter pie that presents beautifully and satisfies every chocolate and peanut butter lover. 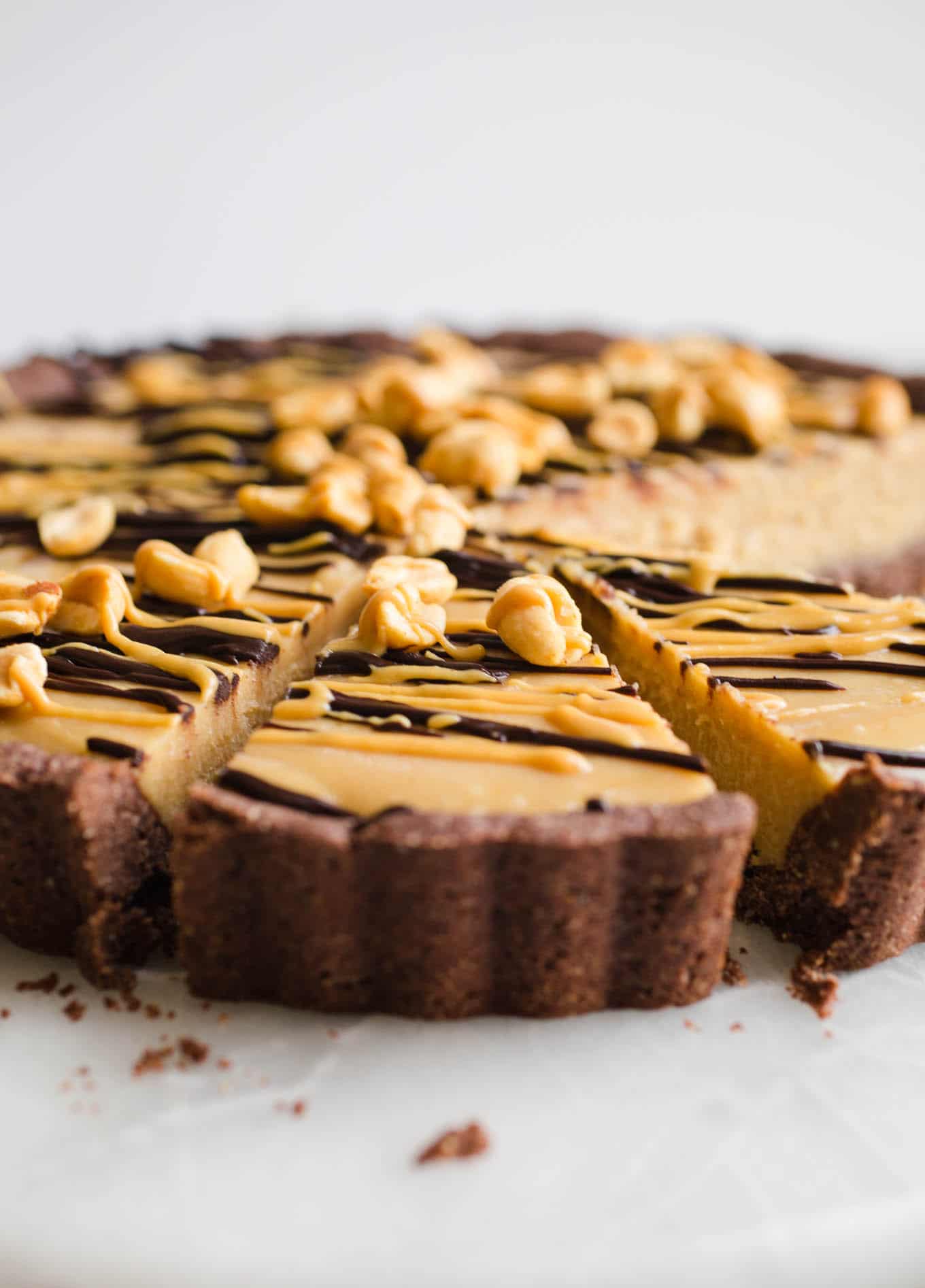 A press-in cocoa and almond flour crust is first baked and cooled, then filled with a mixture of coconut cream, all natural peanut butter, and maple syrup.

Chilled until set, melted peanut butter and chocolate are drizzled atop with a sprinkling of peanuts. 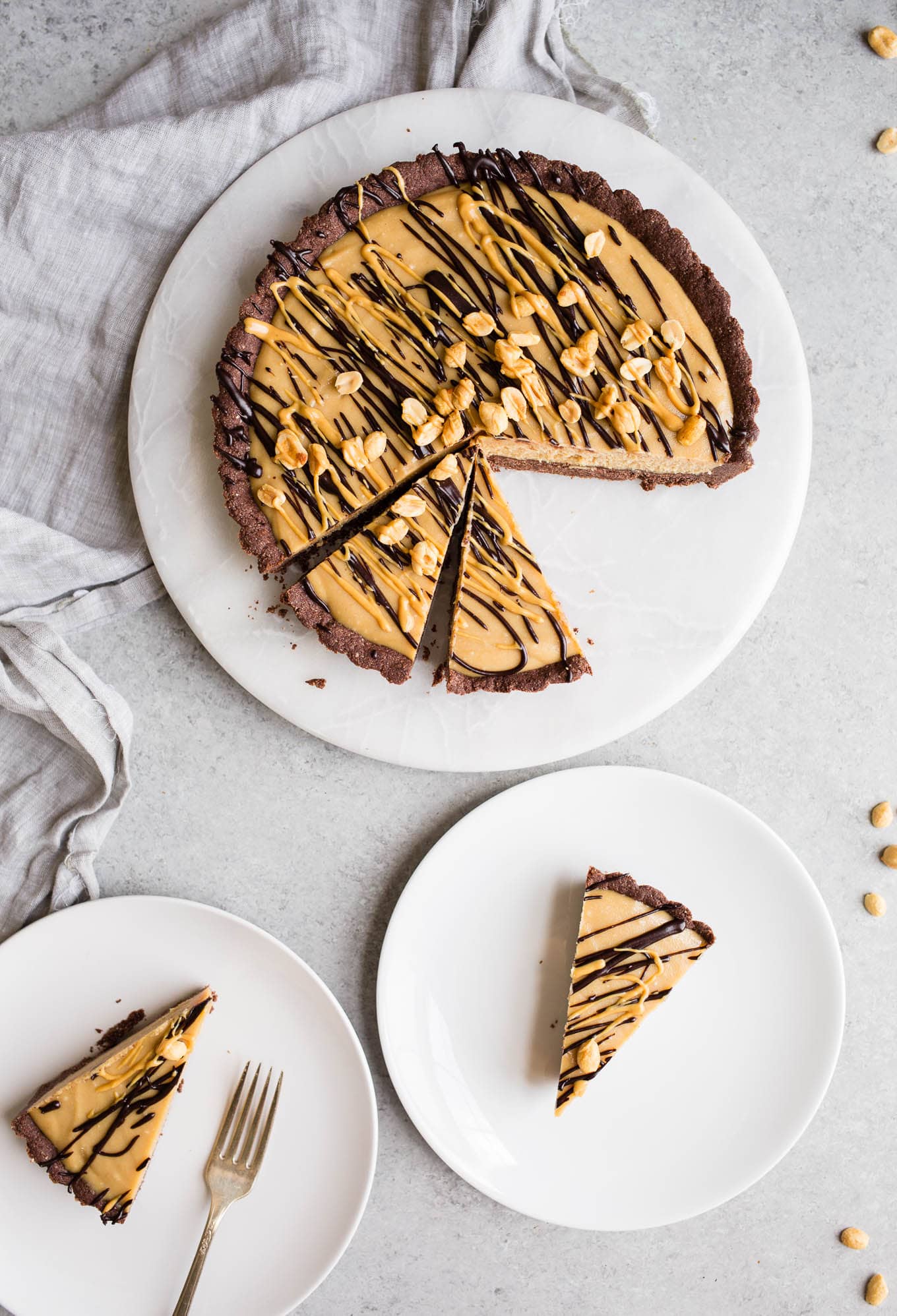 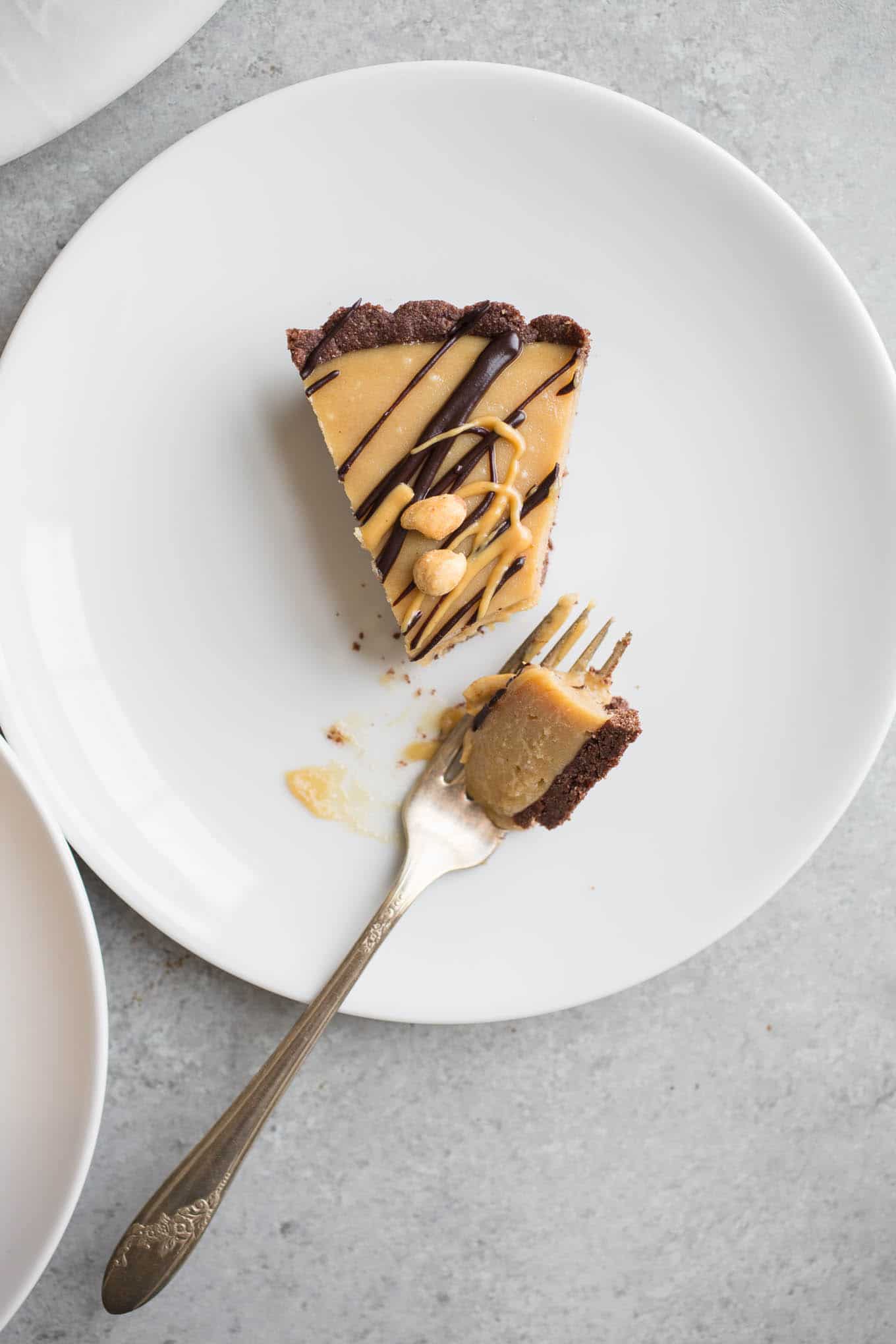 And if you're in the mood for more frozen desserts, Amanda's ice cream cake Carvel copy cat looks pretty inviting as well! 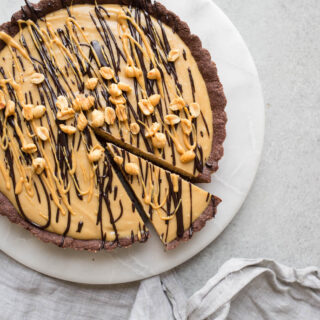