This Easy Vegan Buckwheat Pancakes recipe is made with naturally gluten-free buckwheat flour and sweetened with maple syrup! 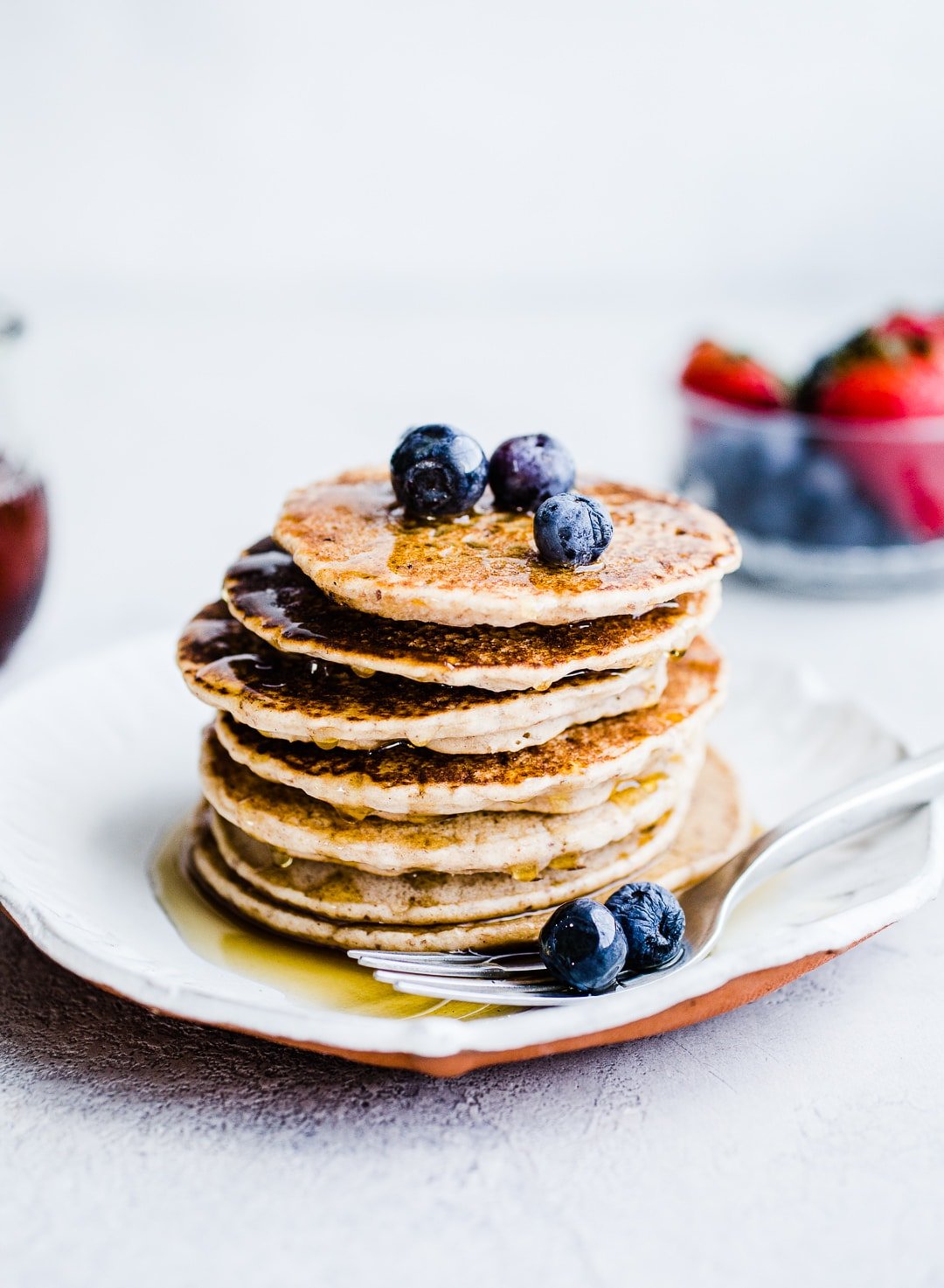 In need of a healthier pancake recipe? You've come to the right place.

Although the name doesn't sound it, buckwheat flour is naturally gluten-free. Not only that, it boasts a nutritional profile that is pretty pleasing as well.

What is Buckwheat Flour

While not wheat nor even grain, buckwheat flour is made from the ground kernels of the flowering fruit of the buckwheat plant. And though buckwheat is technically a seed, the Whole Grain Council considers it whole grain.

What are the nutritional benefits of buckwheat?

Buckwheat is high in fiber, protein, and contains all eight amino acids. It also offers a good dose of magnesium, copper, zinc, and manganese.

Buckwheat's strong flavor usually makes it a good candidate for using with other gluten-free flours. In this buckwheat pancake recipe, utilizing only buckwheat flour with the other ingredients strikes a nice balance. 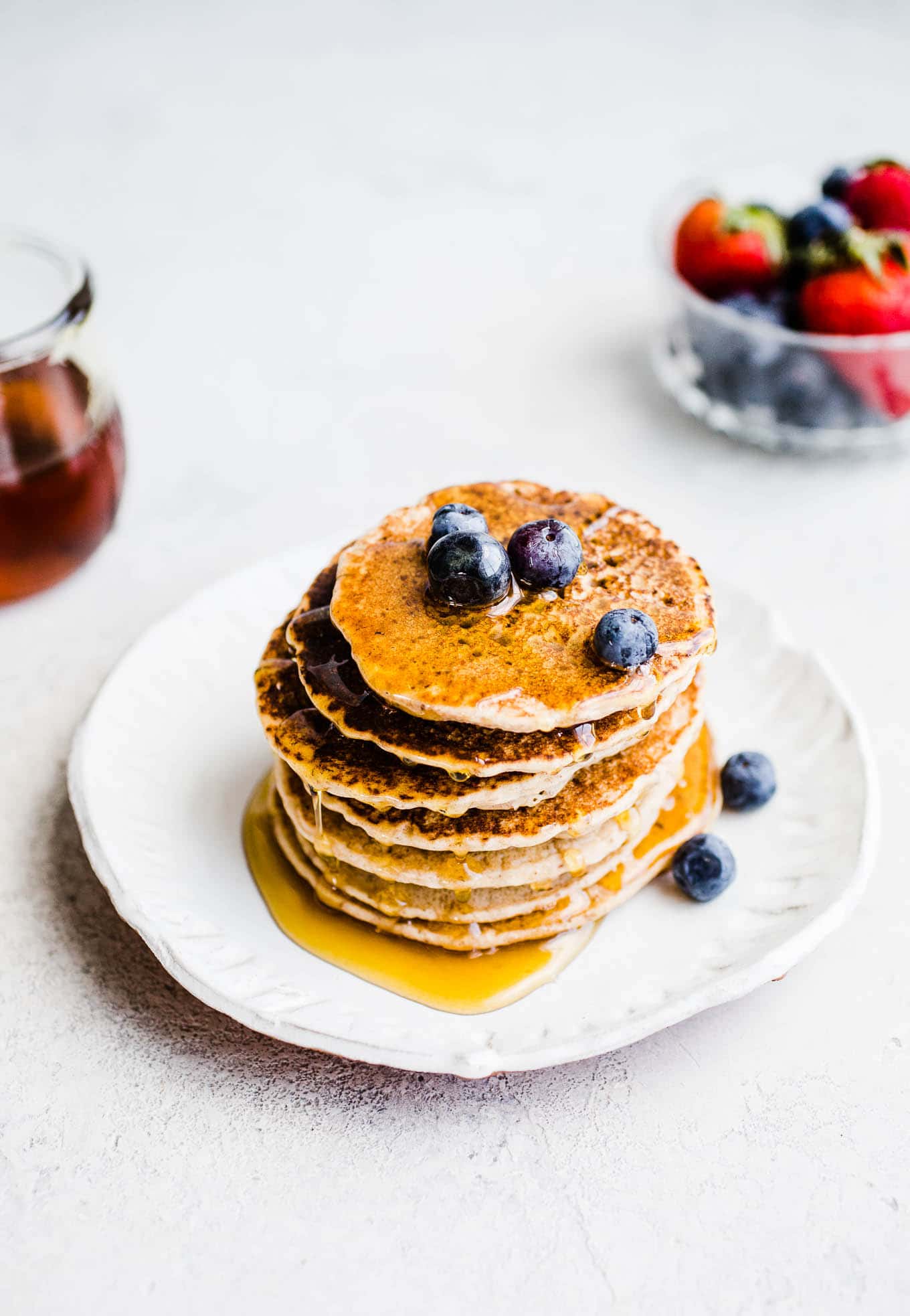 What is the difference between light and dark buckwheat flour?

Light buckwheat flour is made from hulled buckwheat while the dark variety is unhulled. Its coloring is more similar to sorghum flour. Dark buckwheat flour has a speckled appearance and also contains a higher amount of fiber.

Either flours can be used in this recipe, but I prefer the light flour in these pancakes and in other gluten-free baking. 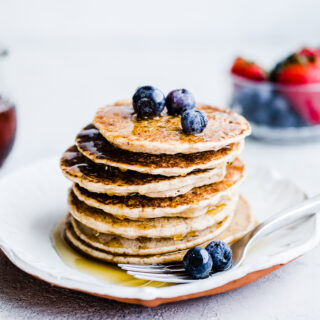 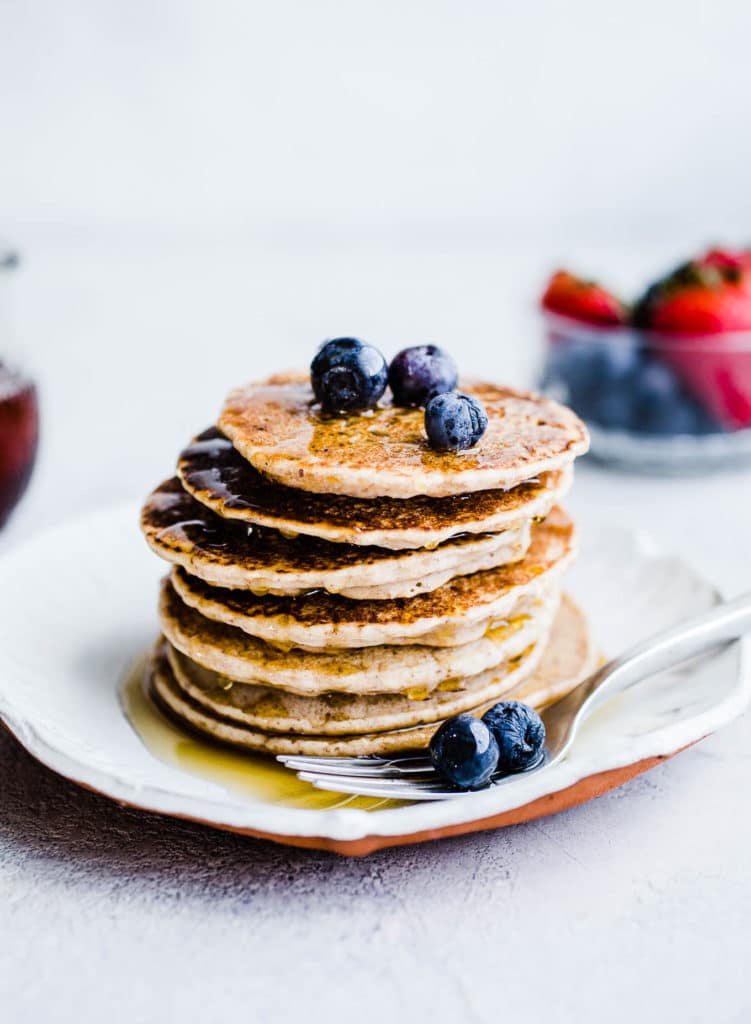