It has been bitterly cold here since Christmas. We've had a small dusting of snow (still waiting for the real stuff), but other than that, it's been frigid temps that have me starting to hibernate earlier than usual. What did we ever do without Netflix?

Cold may it be, it's allowed me to start the new year slow and simple—two things that sometimes get lost in the shuffle but are essential to reset. 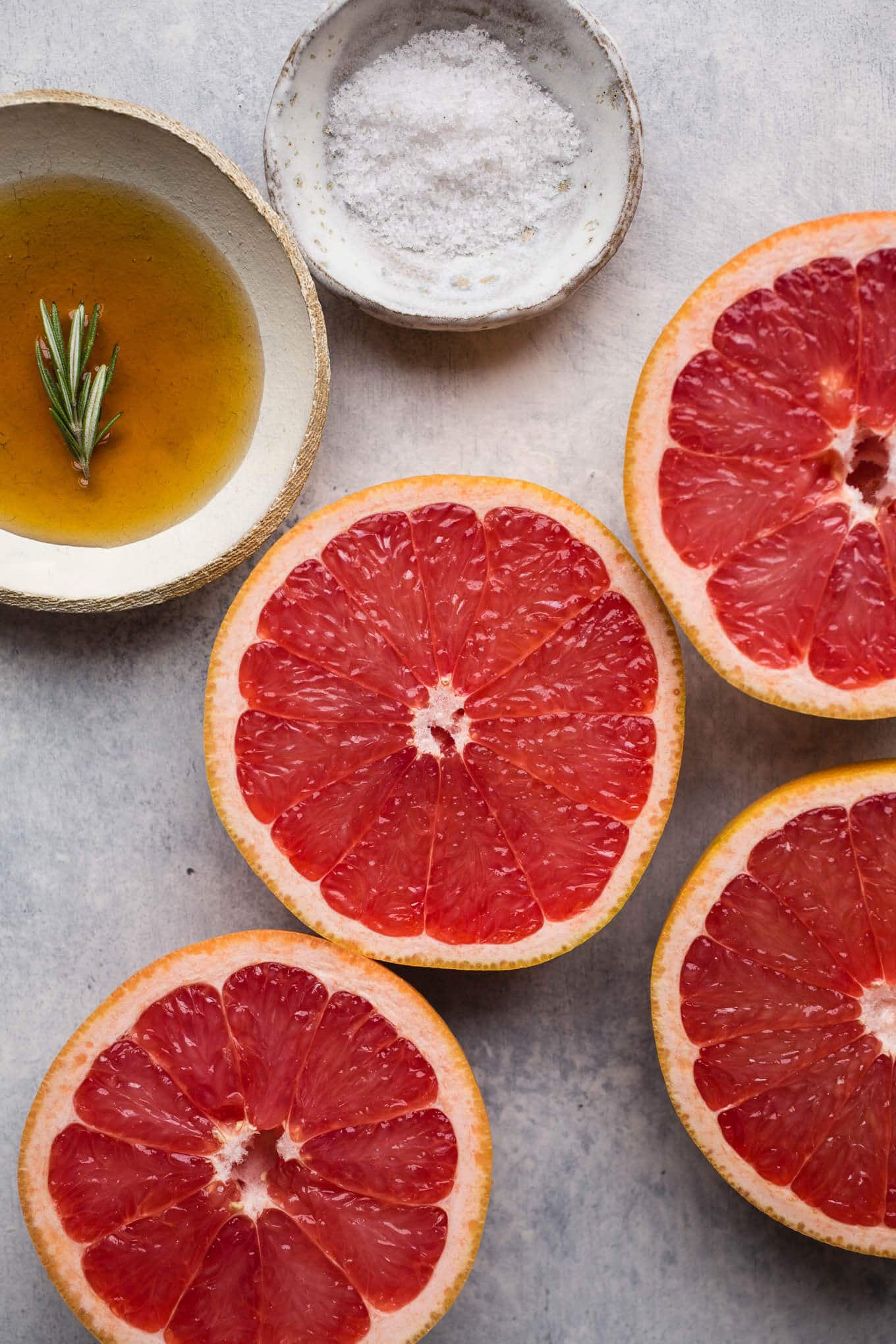 These broiled grapefruit halves embody that simplicity. My favorite of the winter citrus, bursting with color, flavor, and that fresh bright scent. 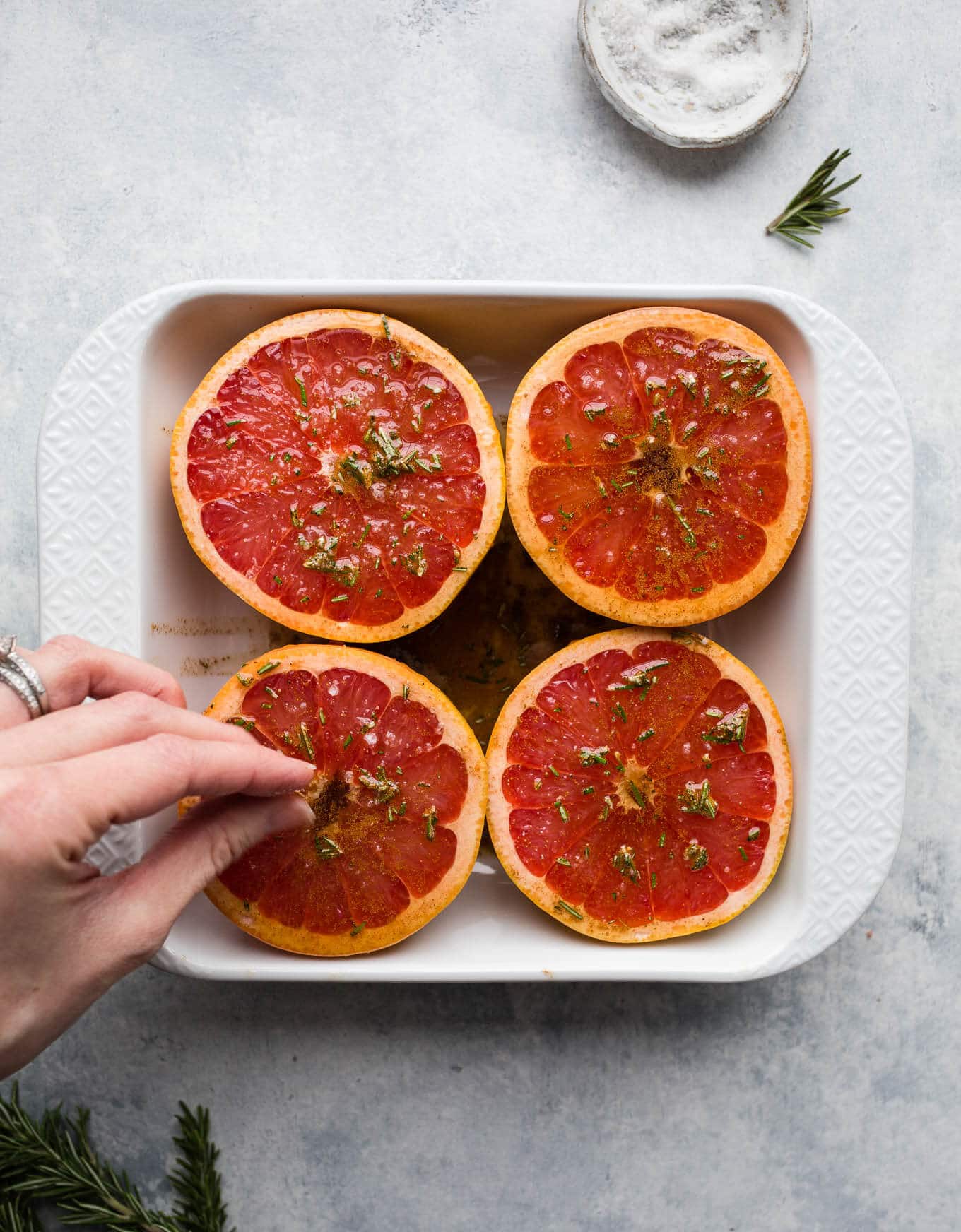 If you grew up like I did covering your grapefruit in powdered sugar, or as my husband did, salting it, this grapefruit recipe is for you. The best of slightly sweet and slightly salty, enhanced with cinnamon and rosemary, perfect for each juicy, tart bite.

(And if you love that combo, you must try these spiced pecans!) 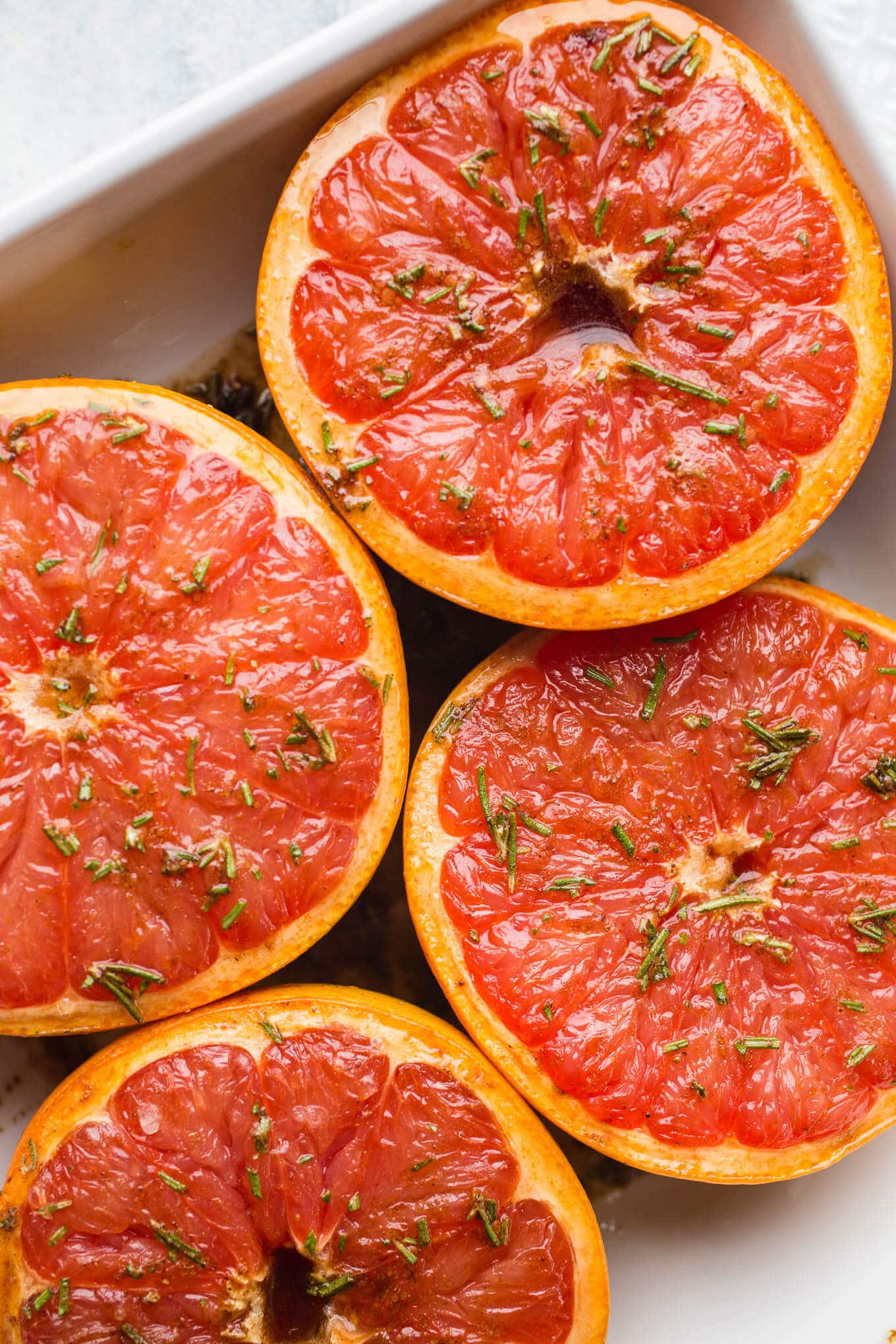 Warming, yet refreshing, and the smell is heavenly. Cheers to a bright New Year!

Something cold and refreshing? This grapefruit hibiscus cocktail checks all the boxes.

Warm and soothing? Check out this recipe for grapefruit tea! 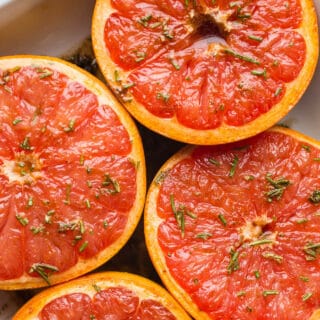