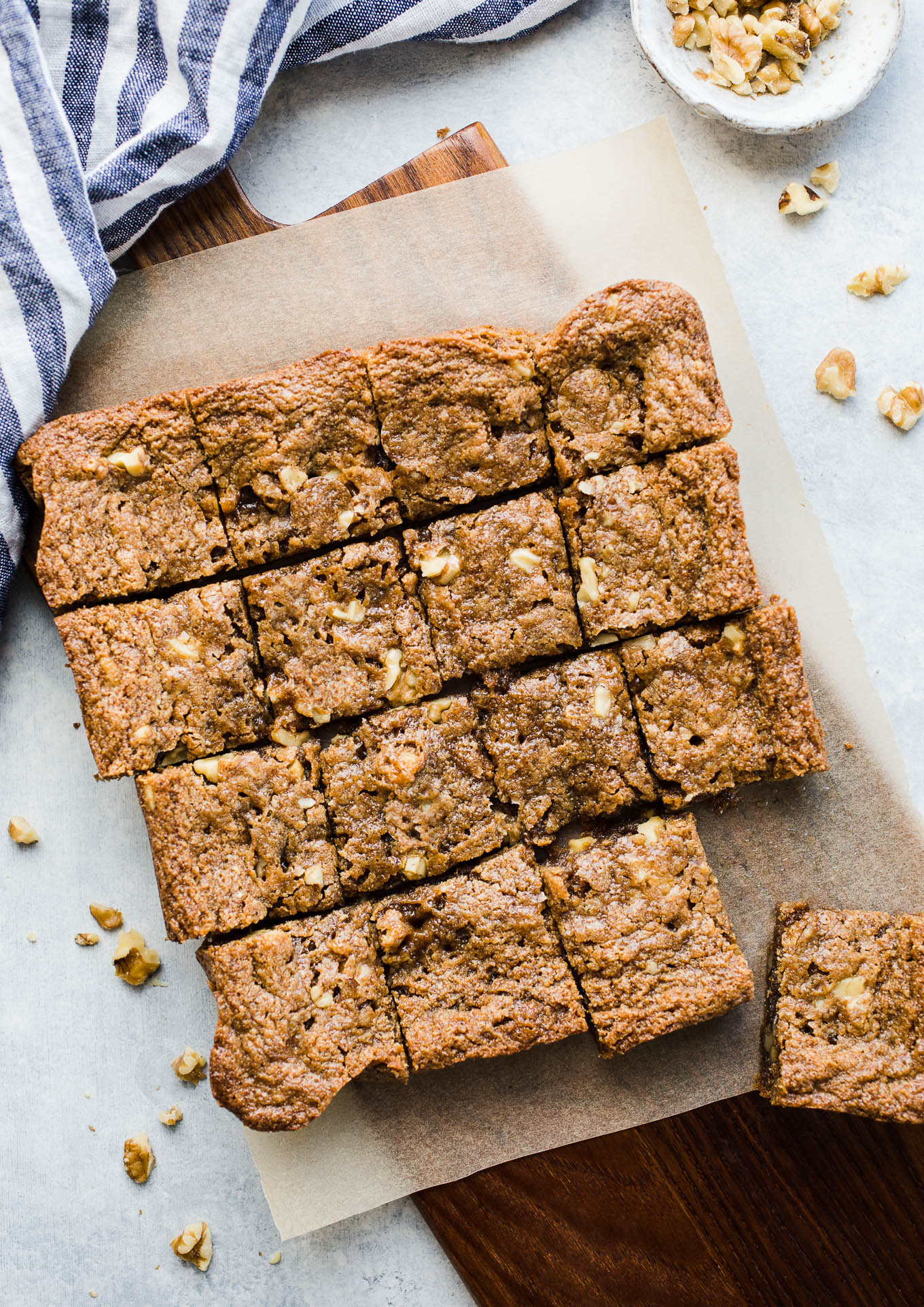 I love when I develop a recipe that reminds me of something I grew up having.

In addition to nostalgia, that also often means that something had gluten as well. 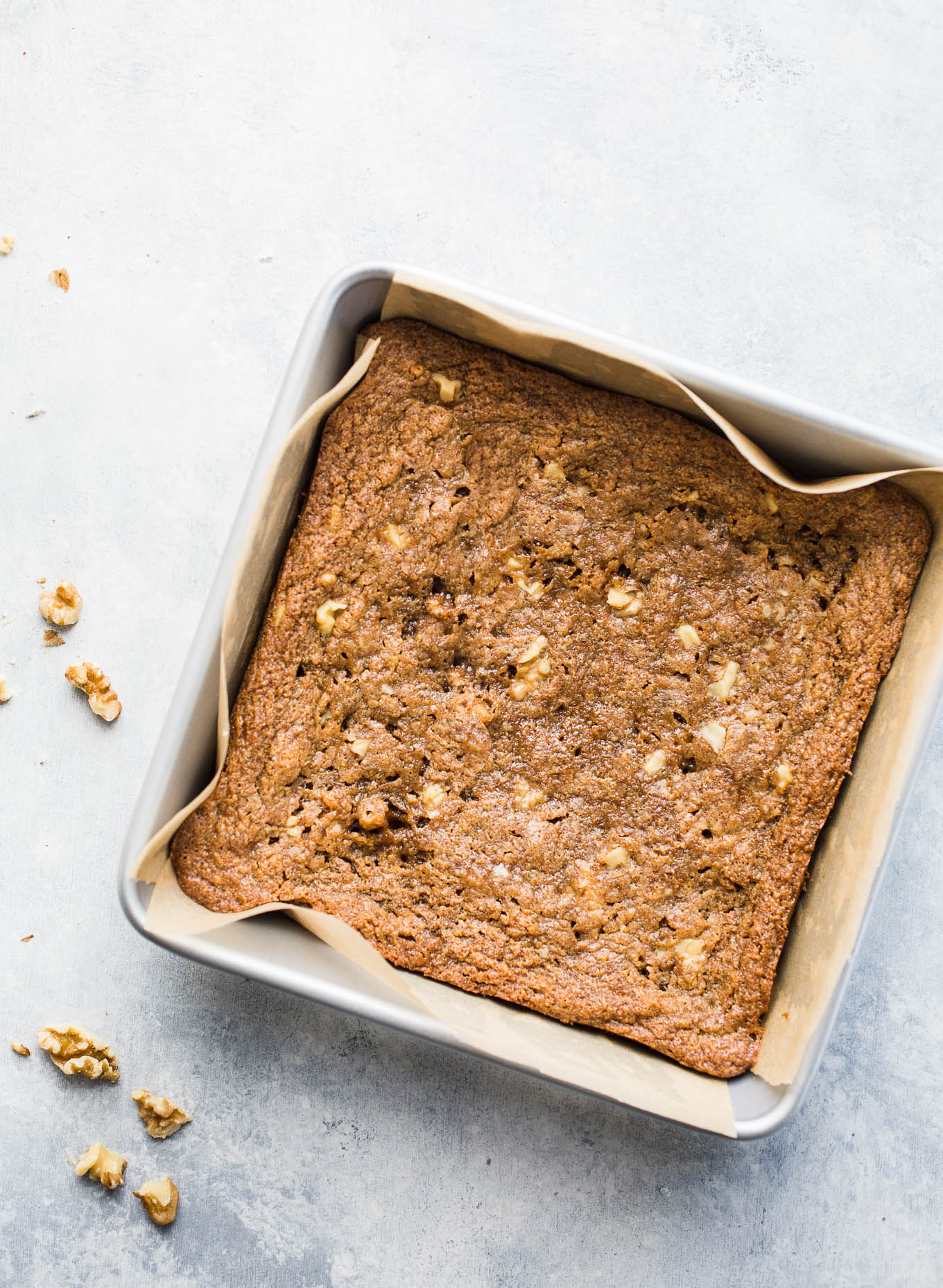 This gluten-free maple walnut blondie recipe reminds me of those Applebee's maple walnut sundaes. If you've never had one, it's a maple-sweet blondie chocked full of walnuts, topped with vanilla ice cream, and drizzled with a maple cream sauce.

Drooling? Not to worry. I've got an allergy-friendly version with better ingredients. 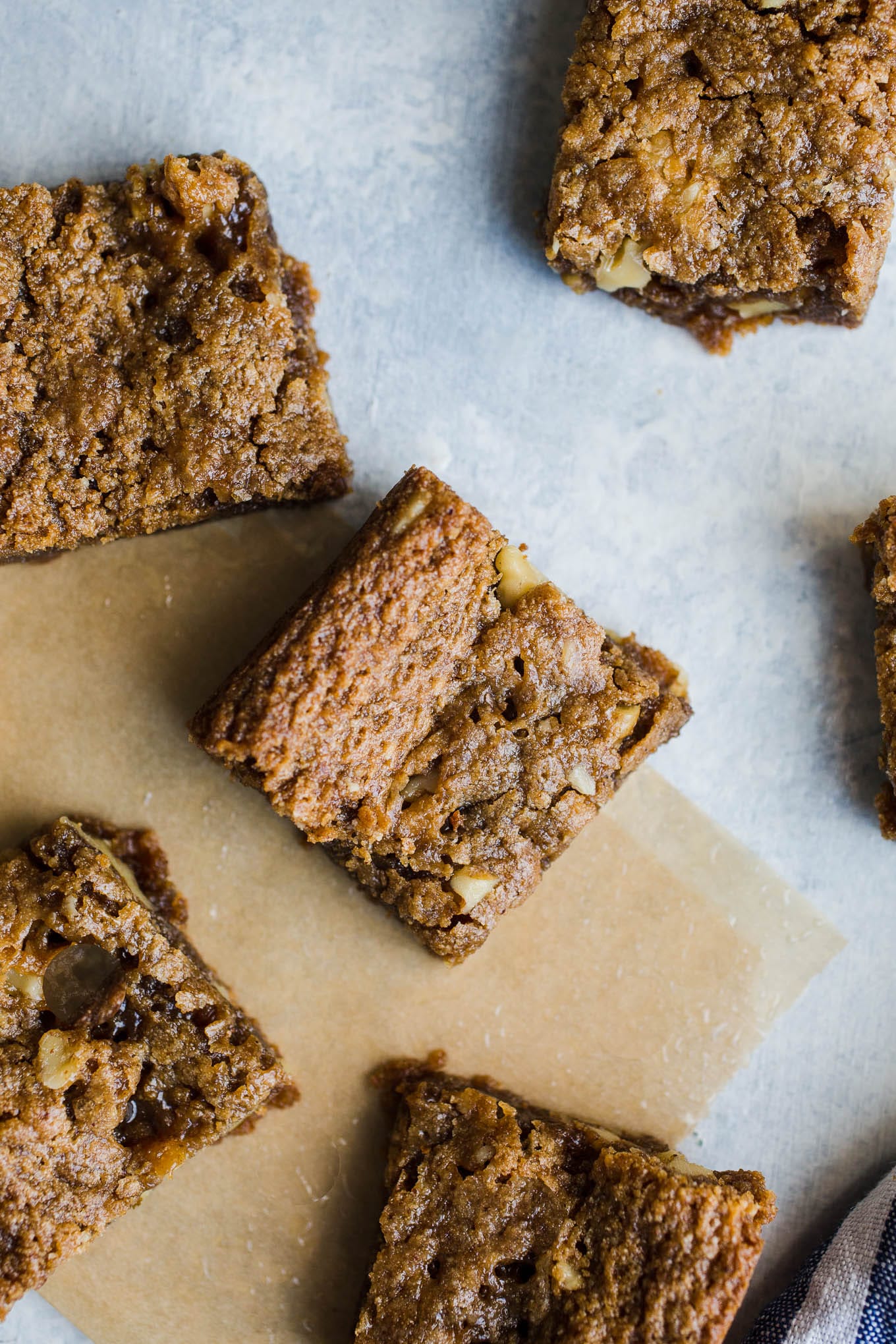 Using sweet white rice flour, almond flour, and almond butter for the base, the result is a slightly chewy blondie. Sweetened with coconut sugar and maple syrup, it is sweet without being overly sweet. 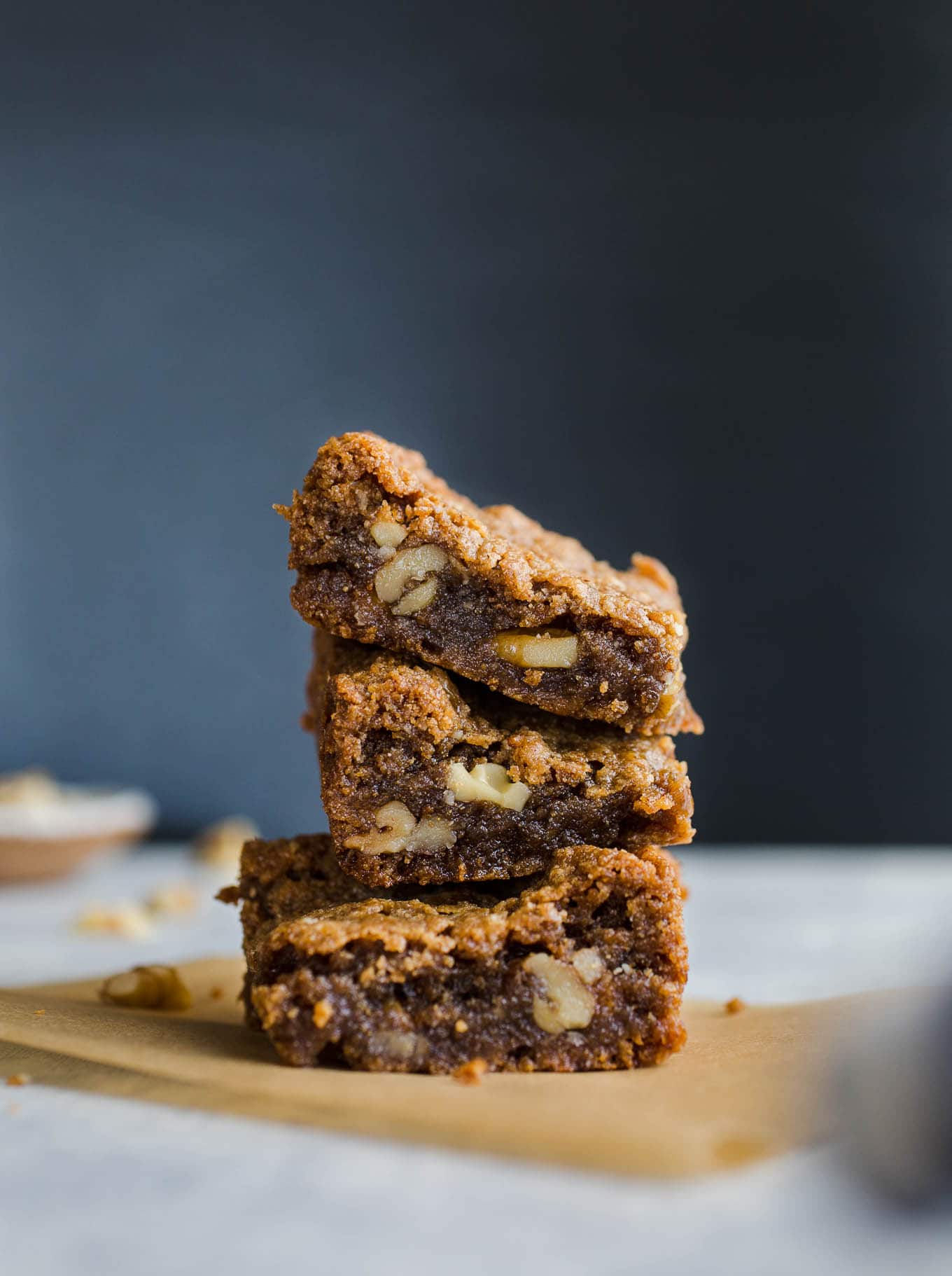 The element that takes these gluten-free vegan blondies to the next level is a drizzle of maple syrup on top of the batter before baking. Once baked, the maple syrup caramelizes into pockets giving each bite a heavenly maple-forward flavor.

Still thinking about that sundae? Take one of these maple walnut blondies (warmed up if desired!), a scoop of dairy-free or regular vanilla ice cream, and a drizzle of maple syrup on top. No cream sauce needed. 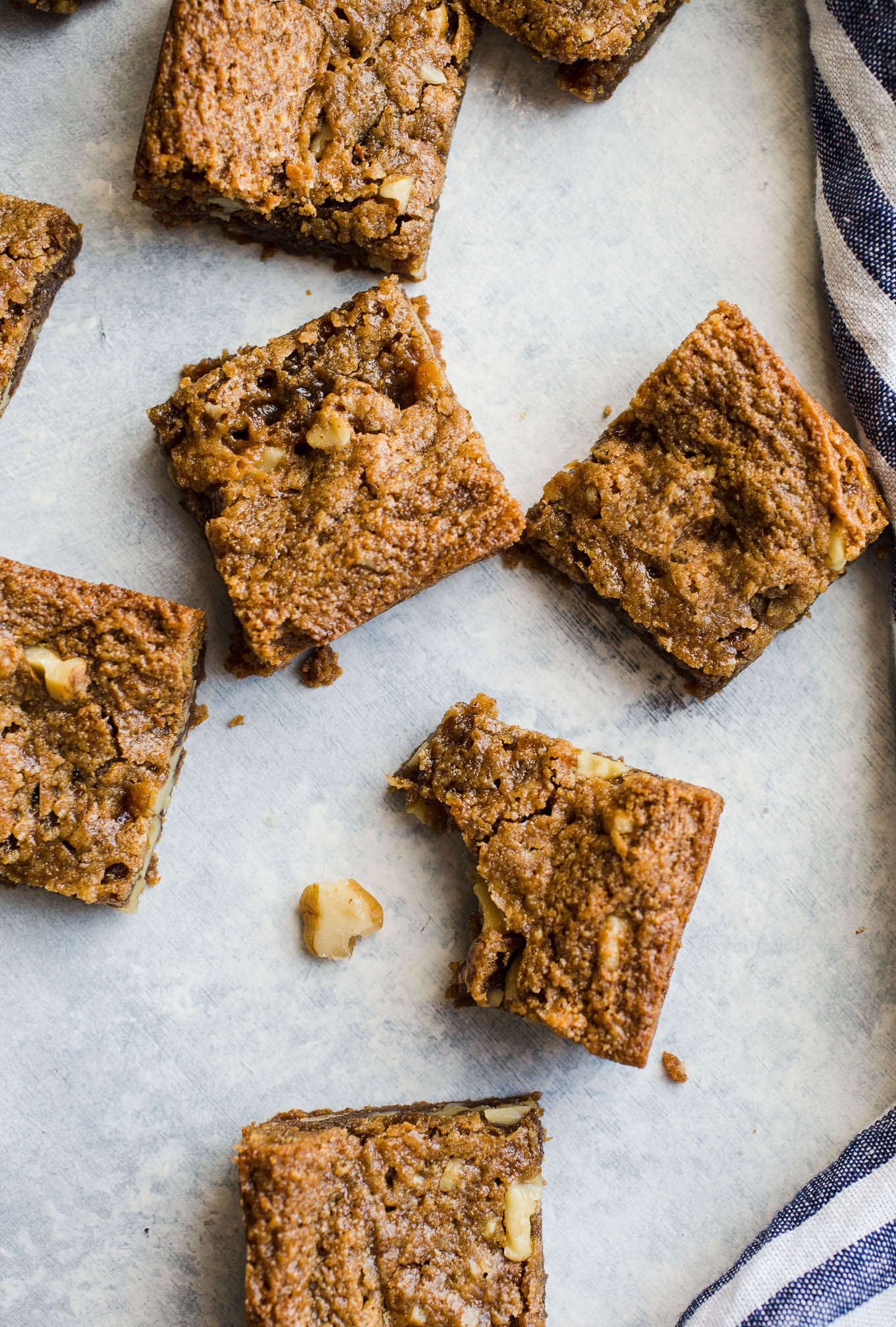 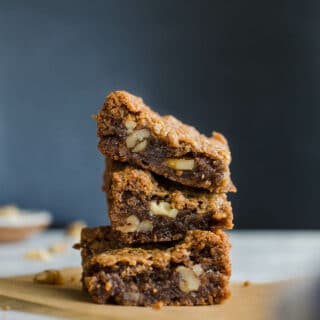