These Gluten-Free Oatmeal Cream Pies are just like the Little Debbie version you grew up loving but gluten-free and vegan. Made with a delicious cashew cream filling! 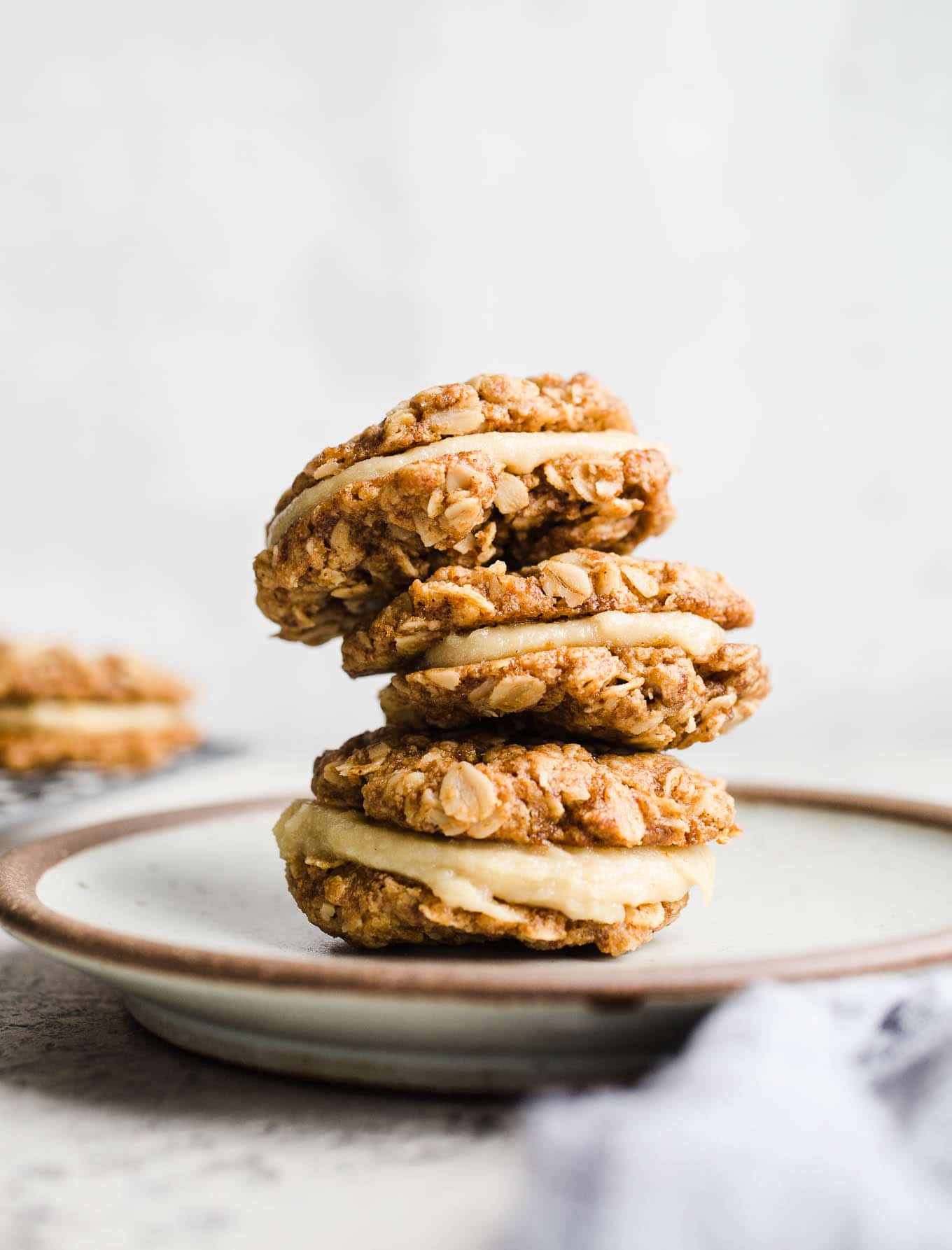 I have had for years now an ever growing list of "make that gluten-free" recipes. Oatmeal cream pies have been on that list for awhile now.

It wasn't until a few weeks ago when a friend mentioned that I should have a version up on the blog, that I got in gear and finally did it. 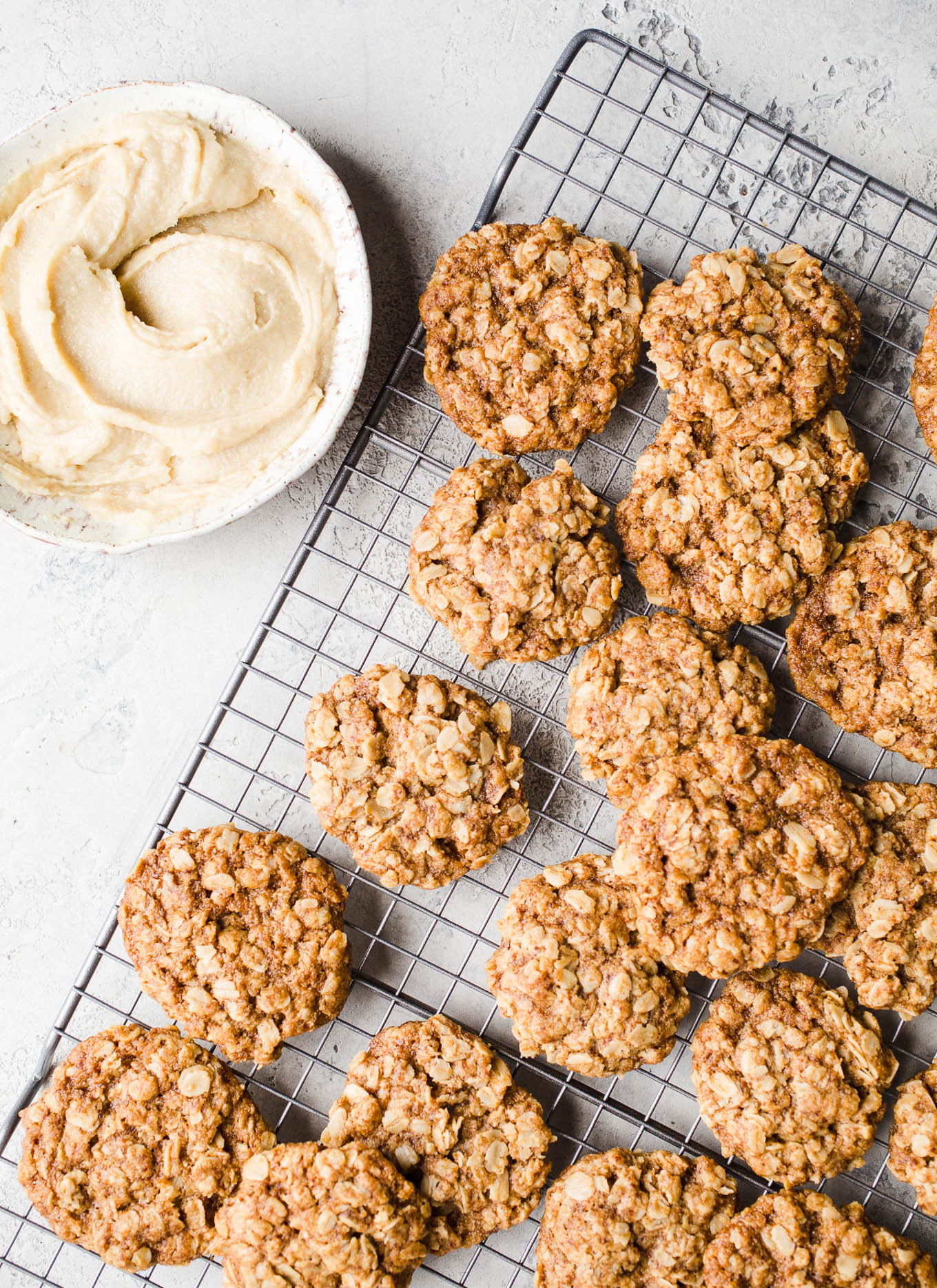 Why this took me so long, I'll never know. But I'm excited to share this recipe with you!

Not only are these sandwich cookies gluten-free, but I wanted to keep them egg-free and dairy-free as well. So, what are these oatmeal cream pies made of? Here's the major players: 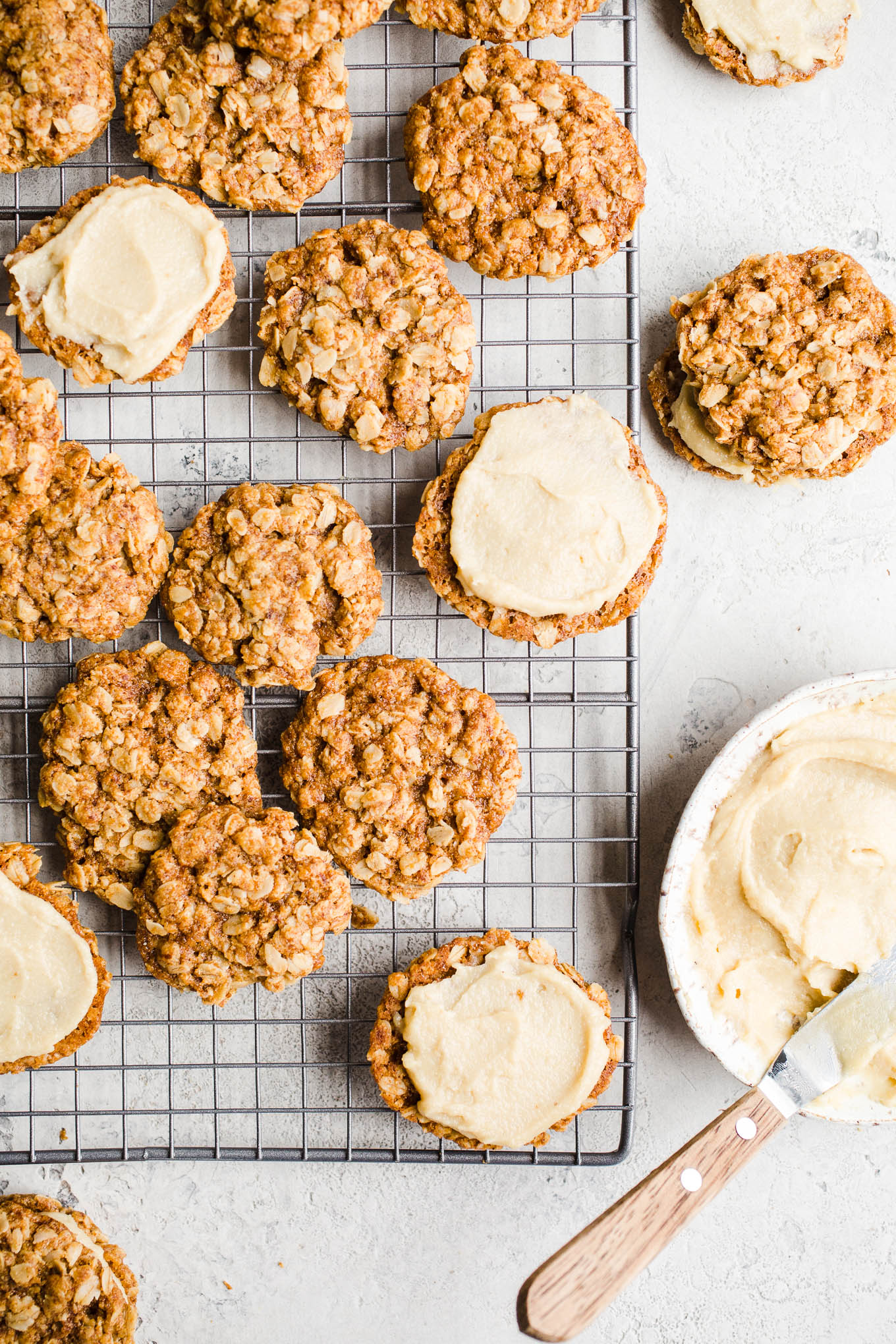 The great thing about this recipe is that you can prepare the cream filling while the cookies bake and cool. Raw cashews, maple syrup, and a bit of powdered sugar make up the filling and are blended into a creamy treat.

Warning: You might want to eat it with a spoon. 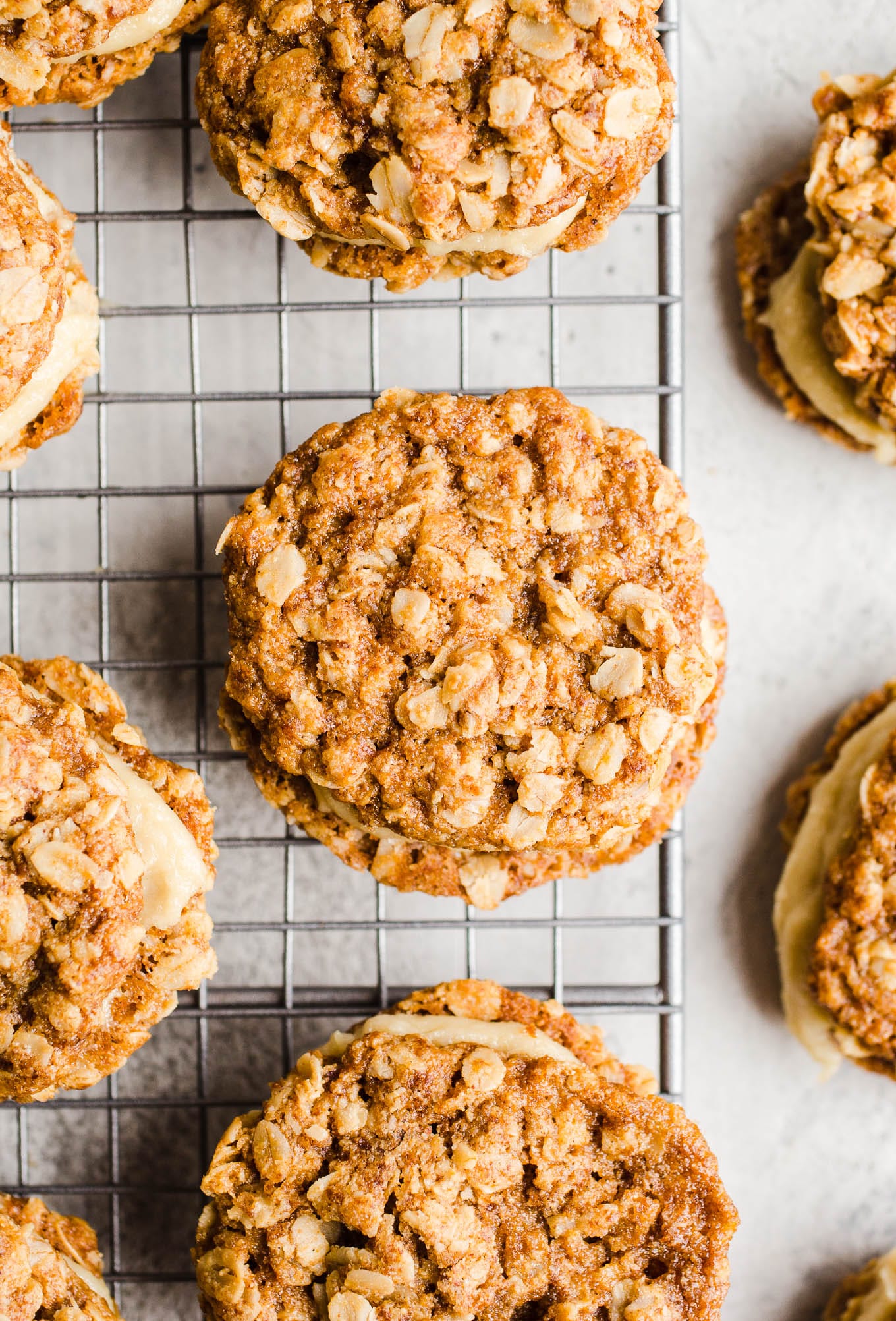 Now, if you are tempted to have a cookie straight out of the oven and off the pan, then you'll want to just eat a second one. You know, to make things even.

Plus, that gives you a little more cashew cream filling for the rest of the batch. 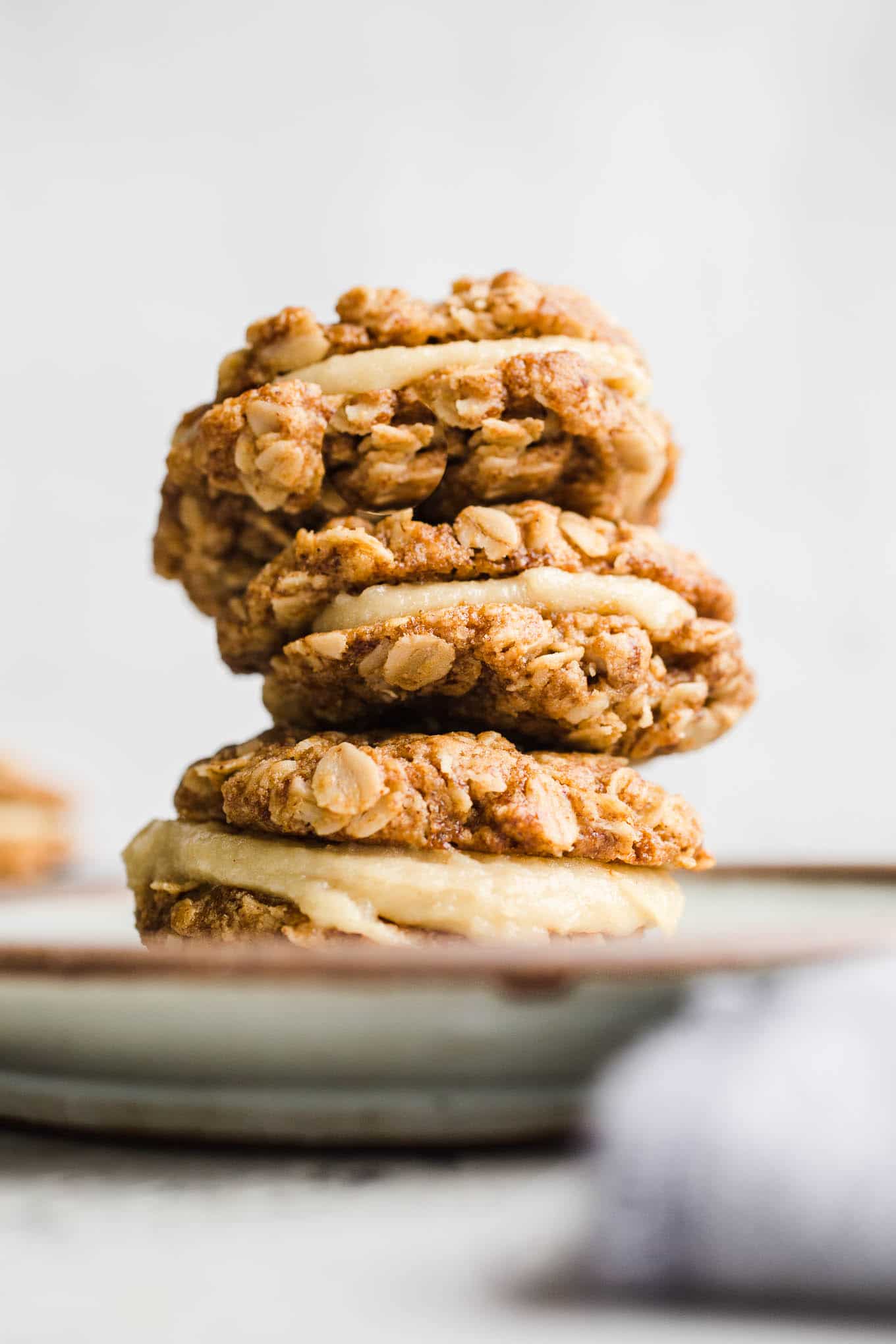 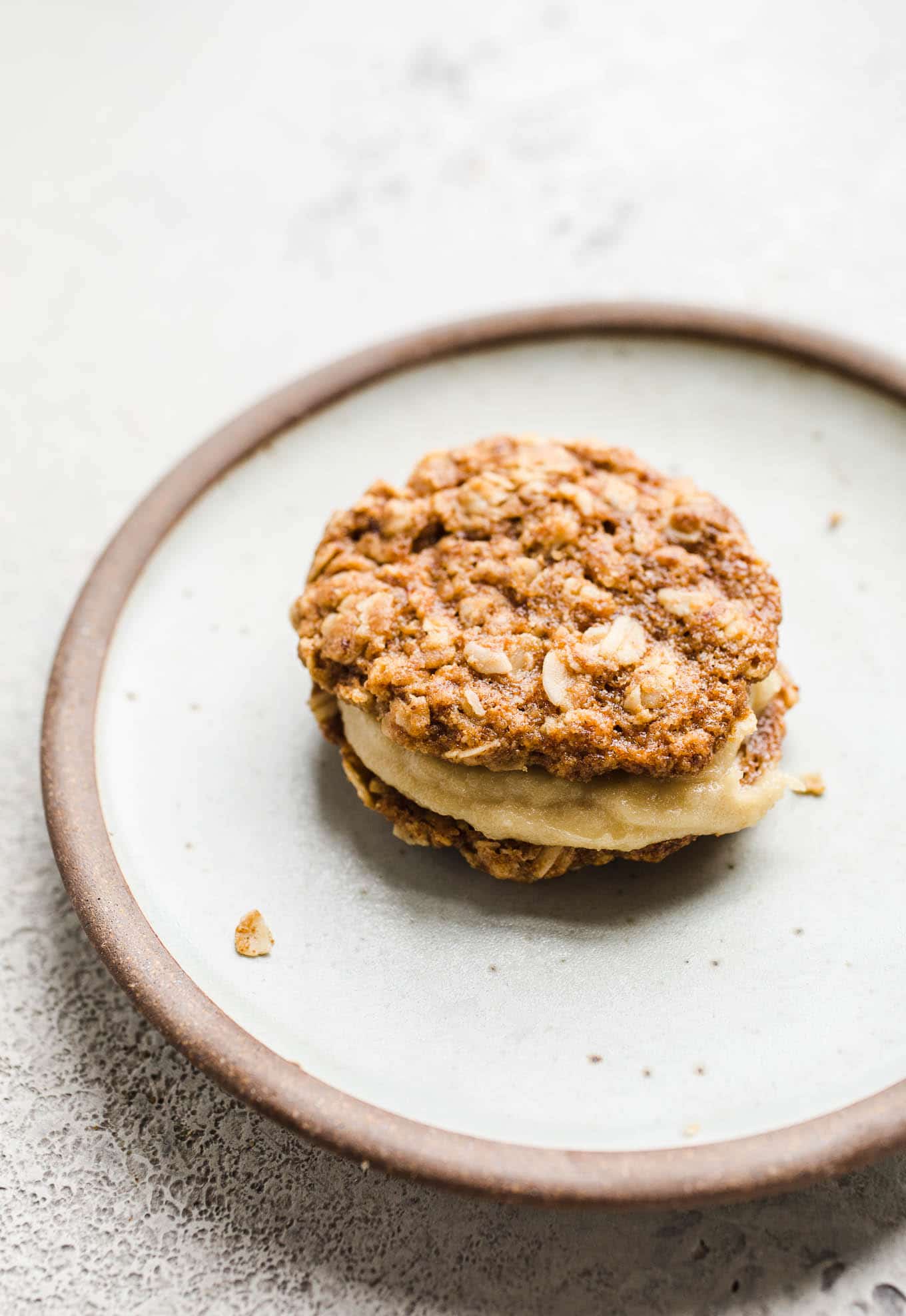 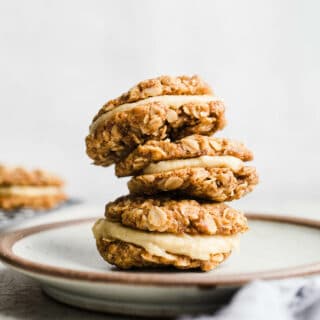