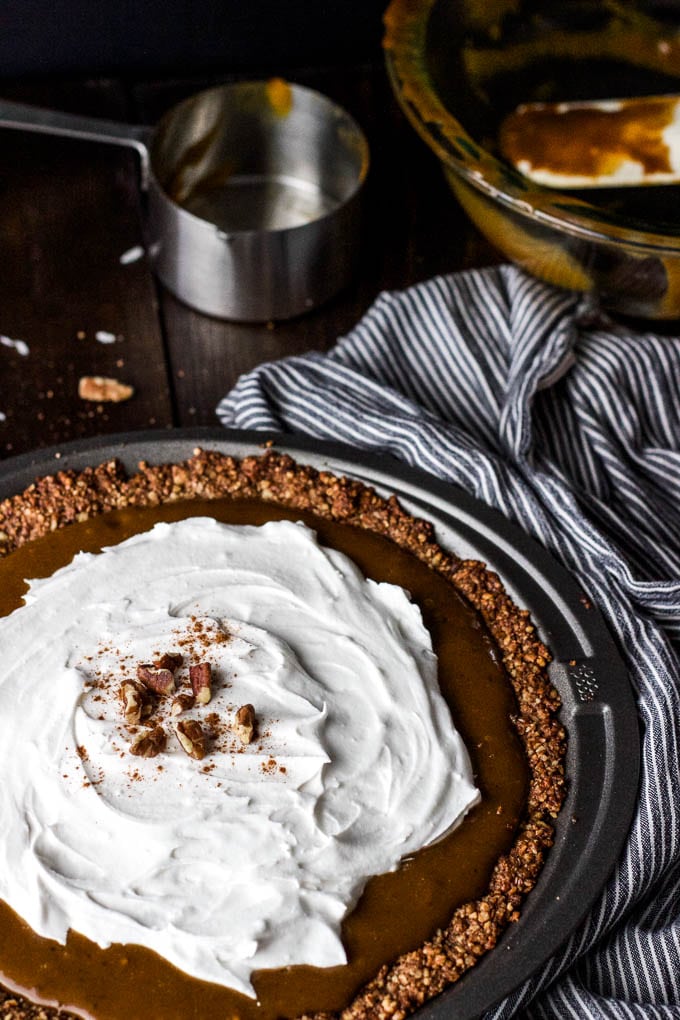 I am having a hard time with the fact that Thanksgiving is upon us. Having spent last weekend at what has become an annual Friendsgiving dinner celebration, as well as at a Thanksgiving brunch with some of my great coworkers (there were Thanksgiving carols involved. Yes, that's right.), I'm a little more mentally prepared. I brought this pumpkin cream pie with coconut-pecan crust over to our Friendsgiving dinner, and let's just say I hadn't gotten all the kinks out yet. 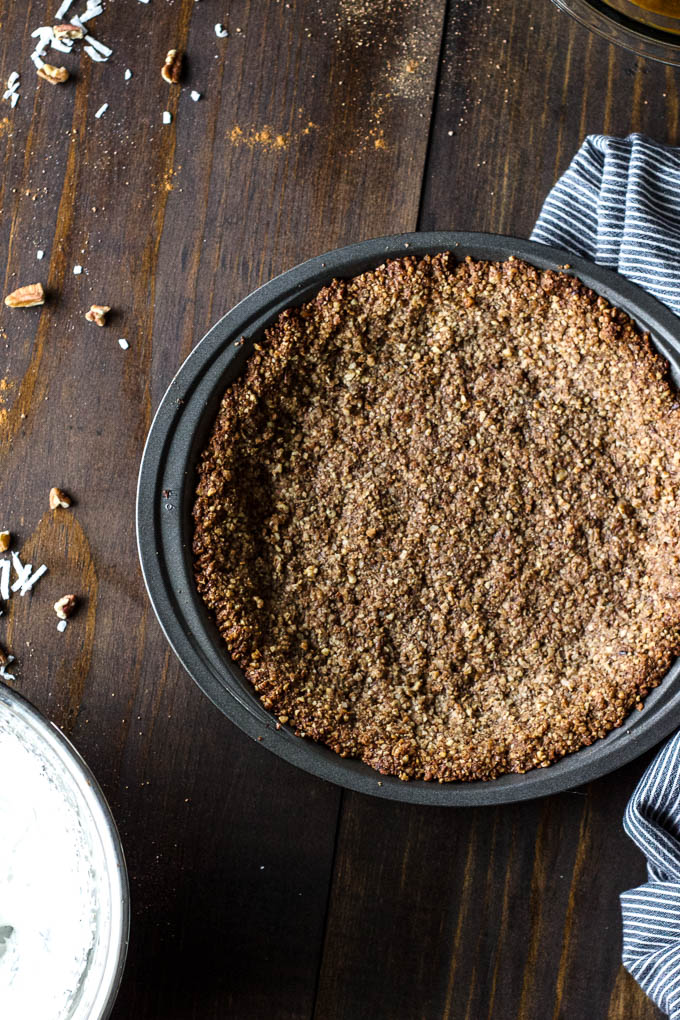 It was my first go-round with this crust and the no-bake filling, and the end result was essentially pie soup with some type of nut underneath. Of course on a day where we were supposed to be celebrating and giving thanks for the friends and relationships that make our day-to-days and month-to-months so worth it, I presented my friends with something that resembled dessert. "Here, you guys mean so much to me, I've brought you what is supposed to be a pie but really looks and tastes nothing like one." I won't even go into the abomination that were the vegan pumpkin cookies I attempted and brought over that night also. Friendship, right? 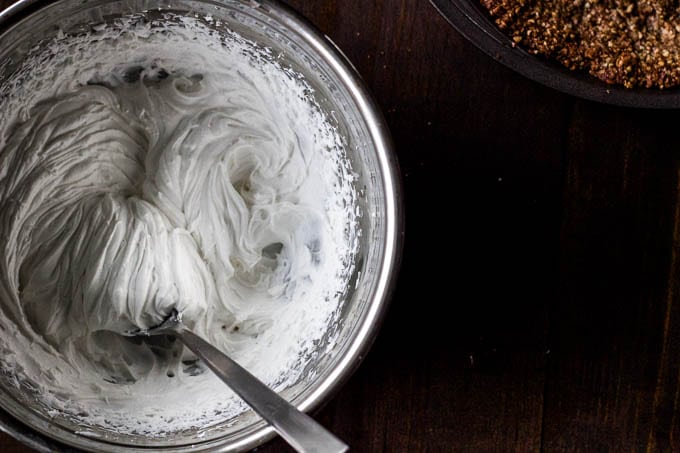 What is amazing about these particular friends of mine is that they ate it right up anyway. As with most of my baking trials and tribulations, I can count of them for honest and helpful feedback. That is friendship. Because who knows, without them, you too could be making pie soup thanks to me. 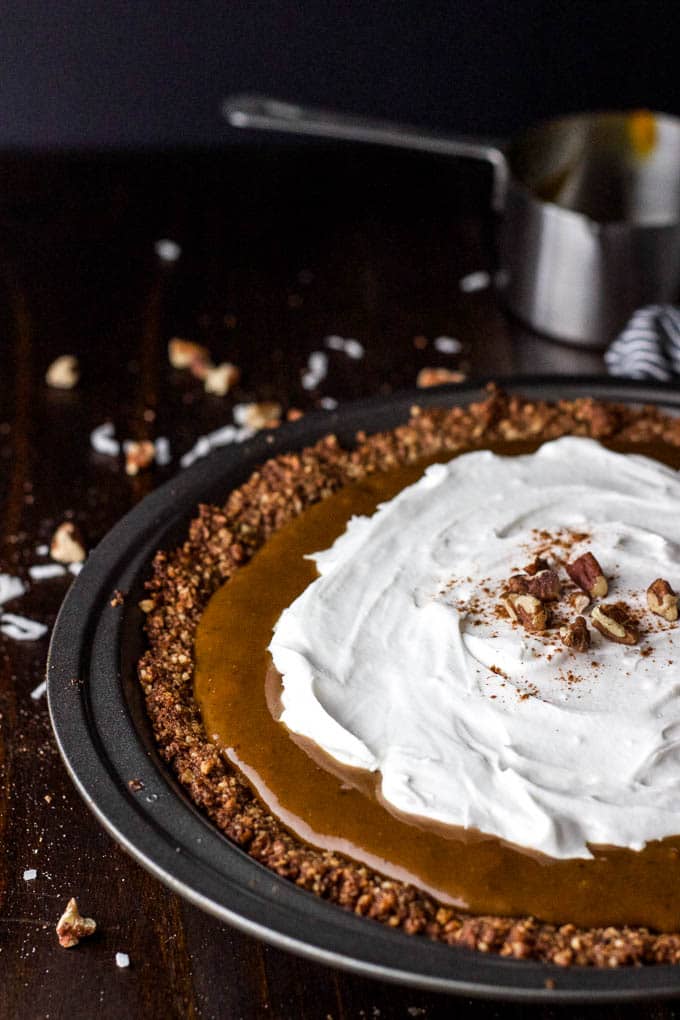 Rest assured, the kinks are now all out. The coconut-pecan crust is a snap to assemble and it smells like those tantalizing nut carts you find on the streets of NYC. The pie filling takes most of its prep time in the fridge and can be made the night before for a quicker holiday meal assembly. Happy day of thanks, friends! 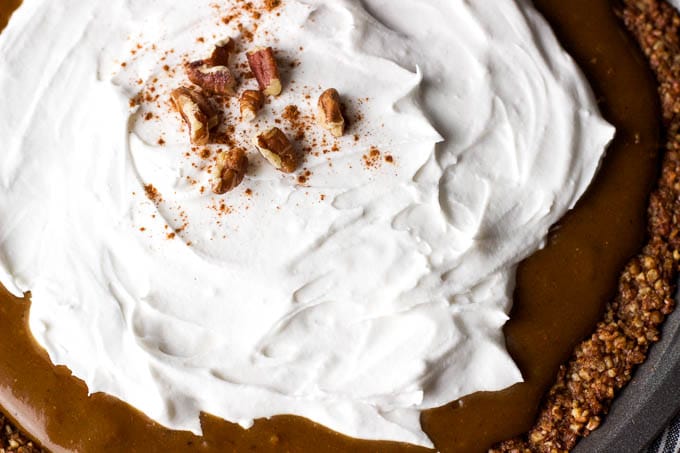 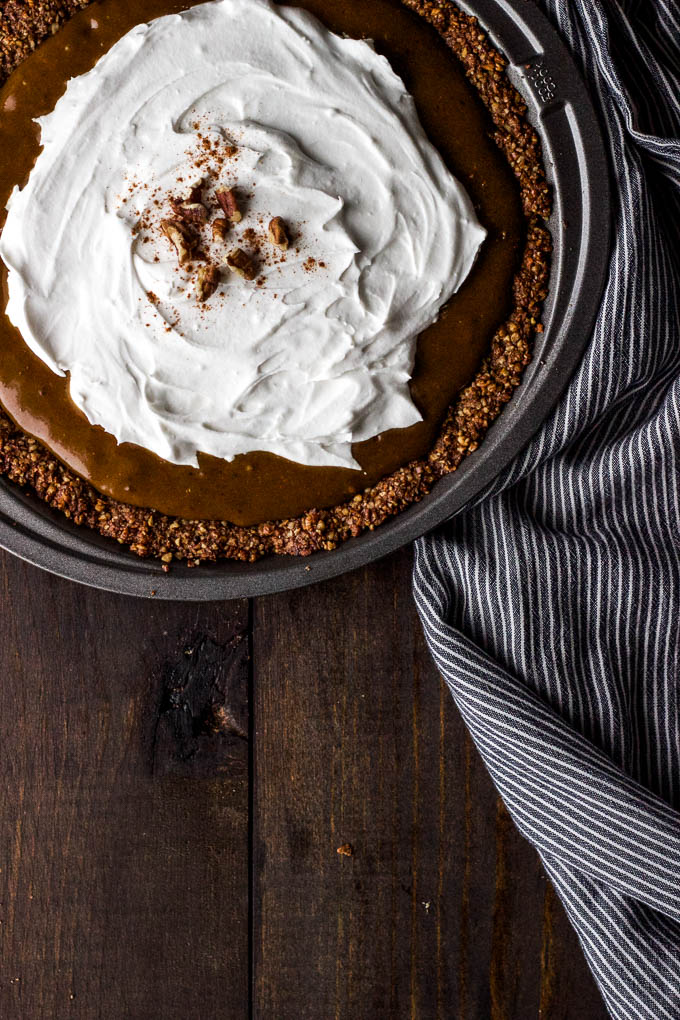 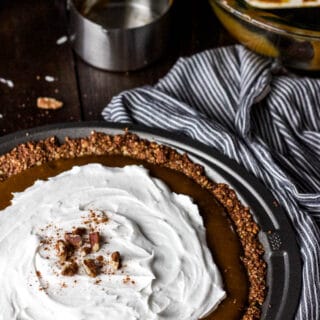 Adapted and inspired by the Lemon Cream Pie from Nicole Spiridakis's Flourless. Cook time include refrigeration time for pie filling.