Spiced Rosemary Maple Pecans made with sea salt and spices for a sweet and savory nut recipe. Gluten-free and vegan! 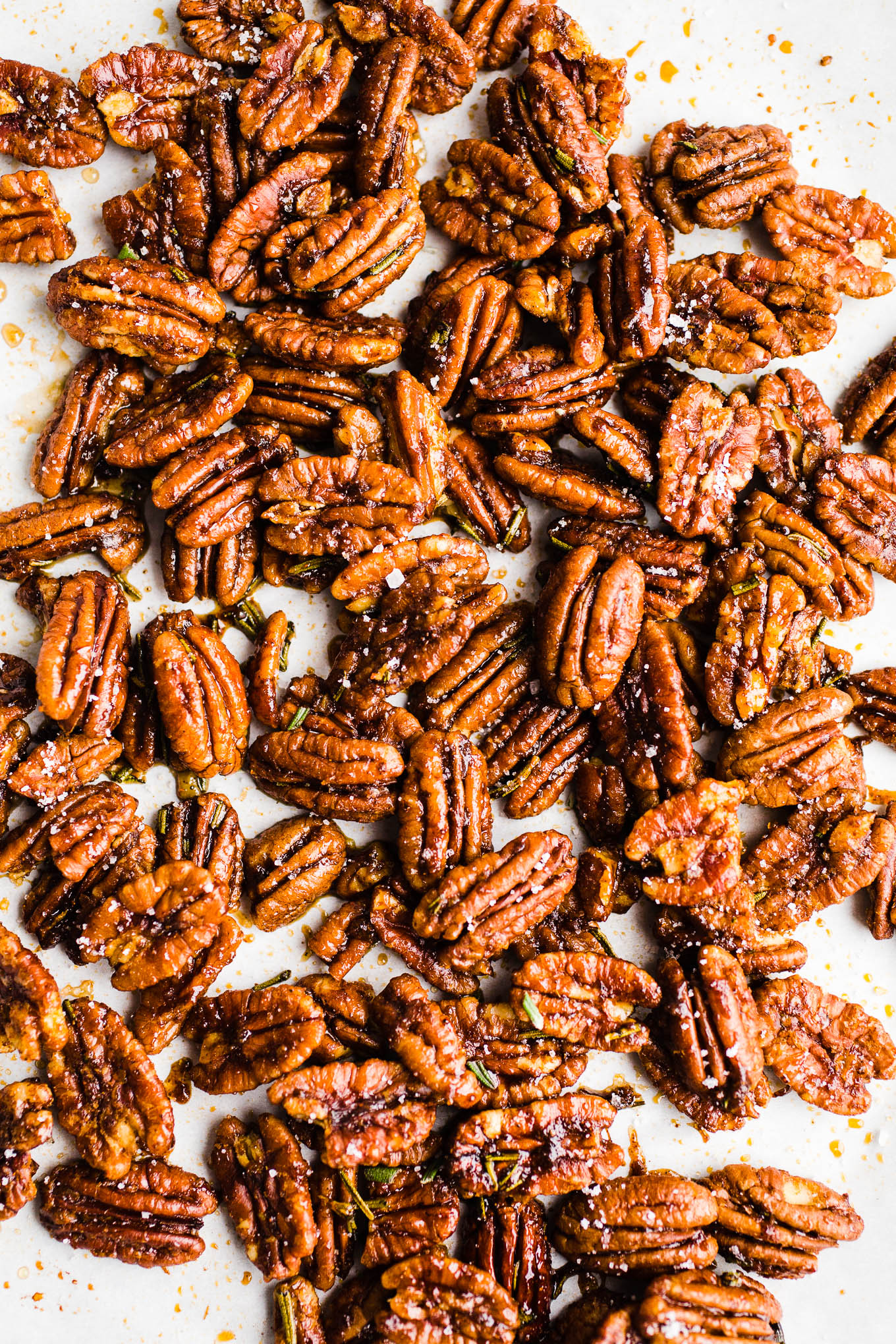 I love holiday cookies and bars as much as most, but there's something so satisfying (and slightly addicting) about sweet and savory snacks.

Now, rosemary and maple syrup do magic with broiled grapefruit. And the magic doesn't stop with these sweet spiced pecans.

The nice thing about this spiced nuts recipe is that you probably have most of the ingredients in your pantry already. To keep these completely dairy-free, I've used olive oil instead of butter.

Here are the ingredients you'll need:

Now, while the chili powder, sea salt, and rosemary help give the pecans a savory kick, maple syrup and coconut sugar helps give the nuts a light candied effect.

A candied-like pecan without refined sugar that tastes just as good? Yes. Please. The sweet and savory combination will have you reaching for more.

So, if you have guests over during the holidays or still need some last-minute gift ideas, these spiced rosemary maple pecans work well in both situations.

My favorite part about this recipe? I won't stop making it once the holiday season is over!

Have other pecan recipes that need toasting? Check out London's how to toast pecans tutorial!

Love this recipe? Please consider leaving a 5-star 🌟🌟🌟🌟🌟rating on the recipe card below and let me know what you think in the comments! 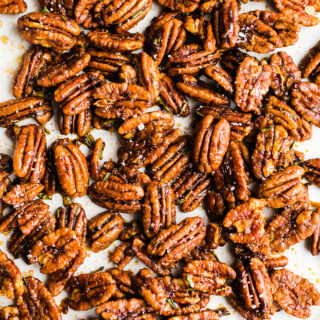