This Potato Cauliflower Soup with Kale is rich and creamy but totally dairy-free! Inspired by Irish colcannon potatoes, this easy recipe is nutritious and satisfying.

Potato soup is like one big hug in a bowl. It's comfort food to the max.

Add to that cauliflower and the combination is dreamy. Inspired by Colcannon, there are elements of the Irish mashed potato dish that show up in this recipe.

Colcannon is a combination of mashed potatoes, cabbage or kale, and leeks. Using those ingredients in addition to cauliflower gives this soup another depth of flavor and added creaminess. 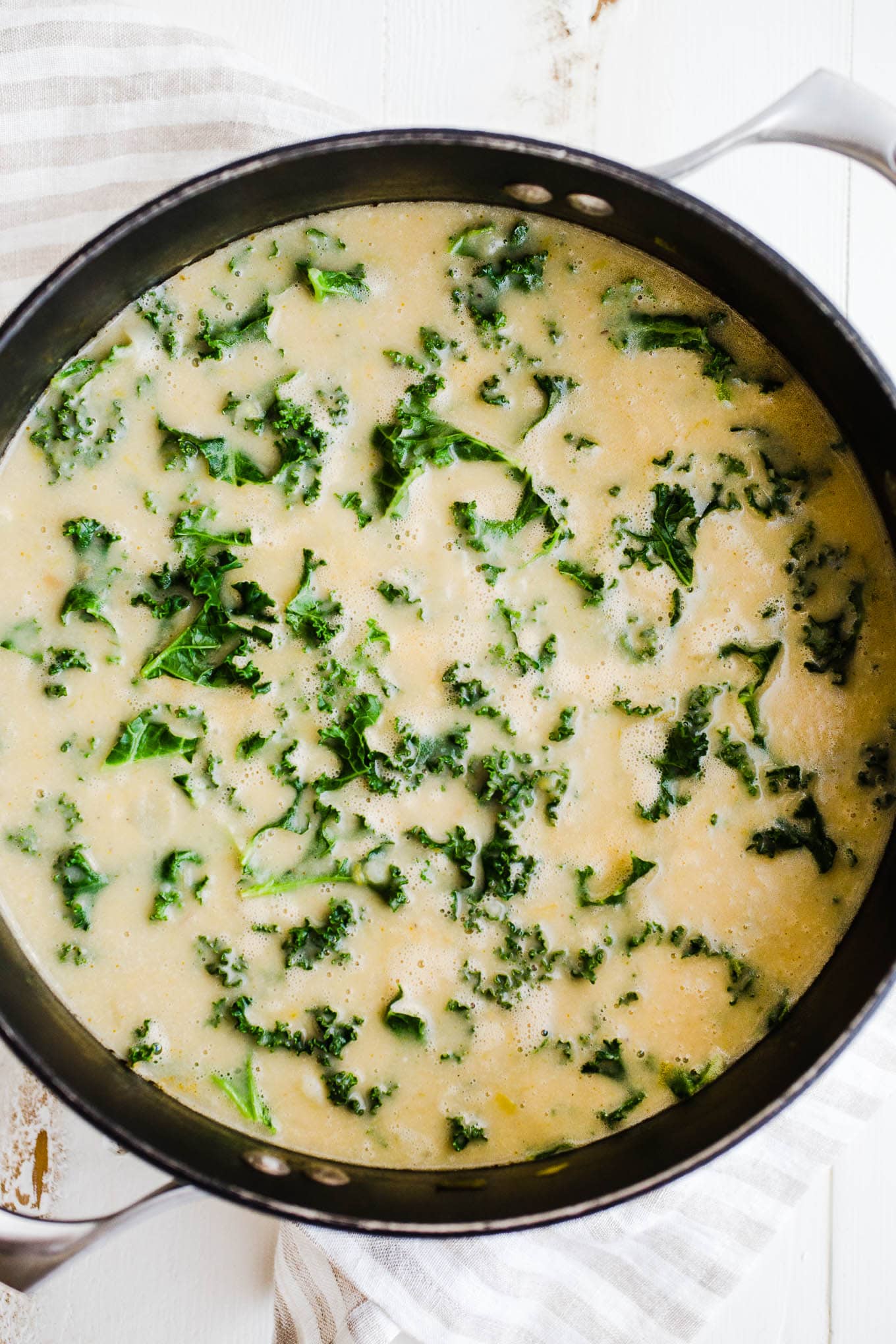 Once you prep your vegetables, you are halfway to soup time! Here are the major ingredients you'll need:

Don't have leeks? If you can't find leeks or don't have them on hand, chop one yellow onion to use instead.

Want to know the best way to clean leeks? Check out this tutorial.

How to Make Potato Cauliflower Soup

What to Serve with Creamy Potato Cauliflower Soup

While this vegetarian soup is perfect on its own, here are a few ideas for serving!

Want some more easy vegetarian meals? Check out these cabbage steaks or the links below!

*You can use canned coconut cream or refrigerate a can of full fat coconut milk overnight and use the solid coconut milk in the recipe. 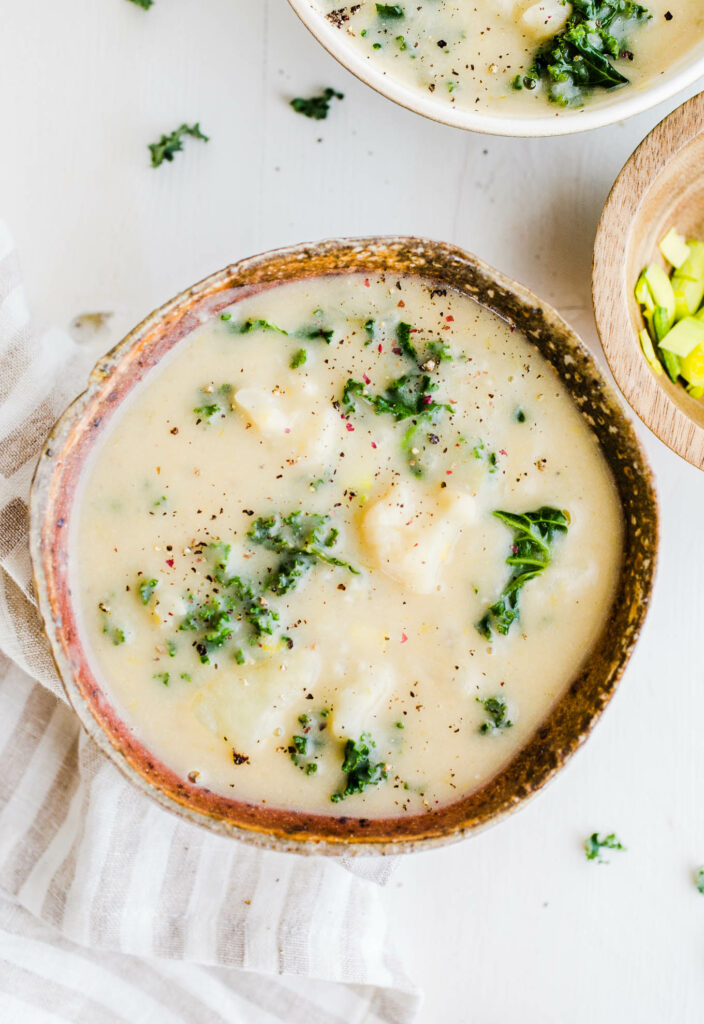