I think it is safe to say that hibernation mode has set in here in a big way. Our frigid temps have me embracing time on the couch, cuddled under blankets, catching up on movies and tv shows.

Included in hibernation mode is the desire for all the comfort food. These vegan tater tot nachos have been fulfilling that desire big time. 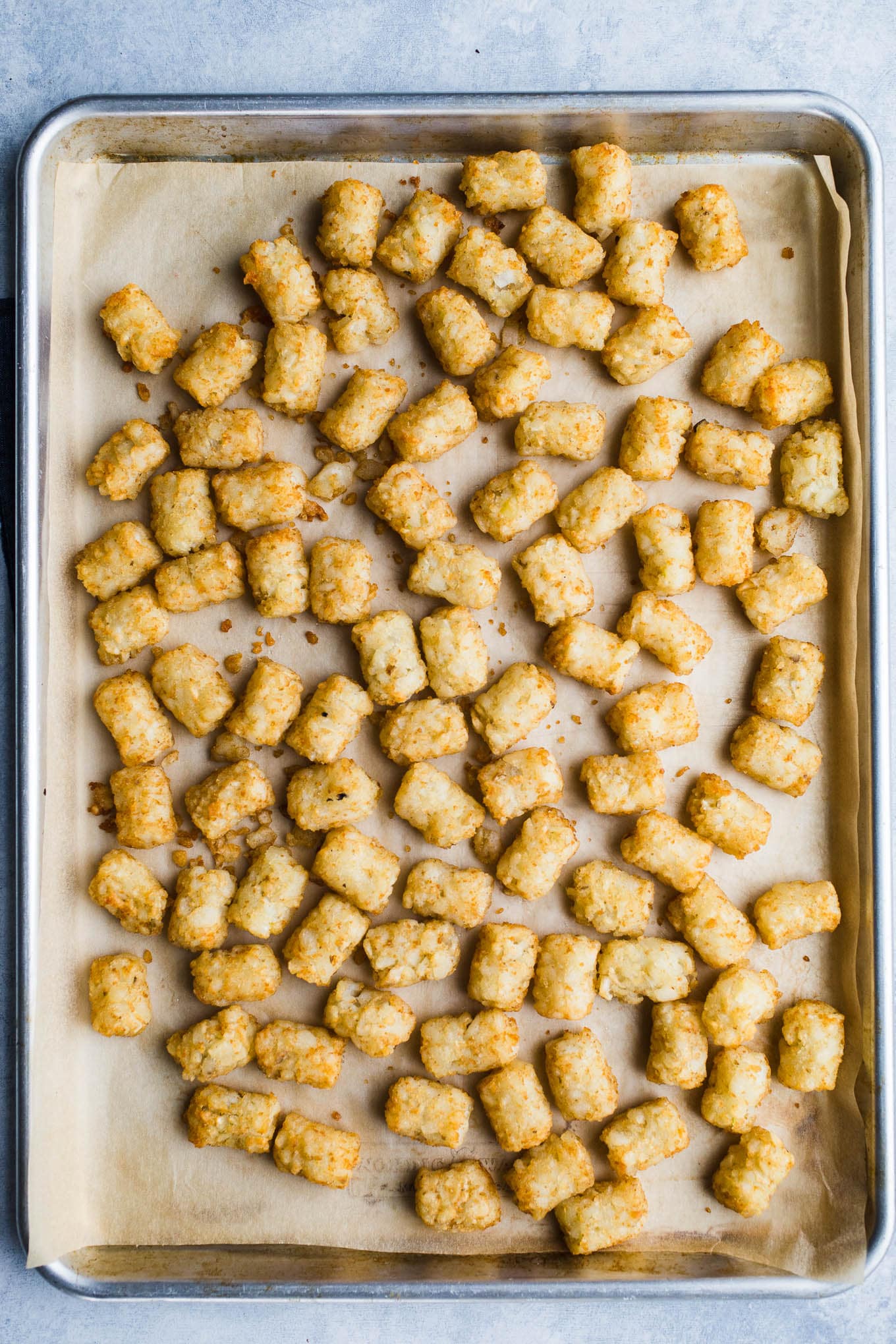 Tater tot nachos or "totchos" are incredibly easy. The beauty of totchos is that you can play around with the toppings as you prefer. The ingredients for these vegan salsa verde totchos are as follows: 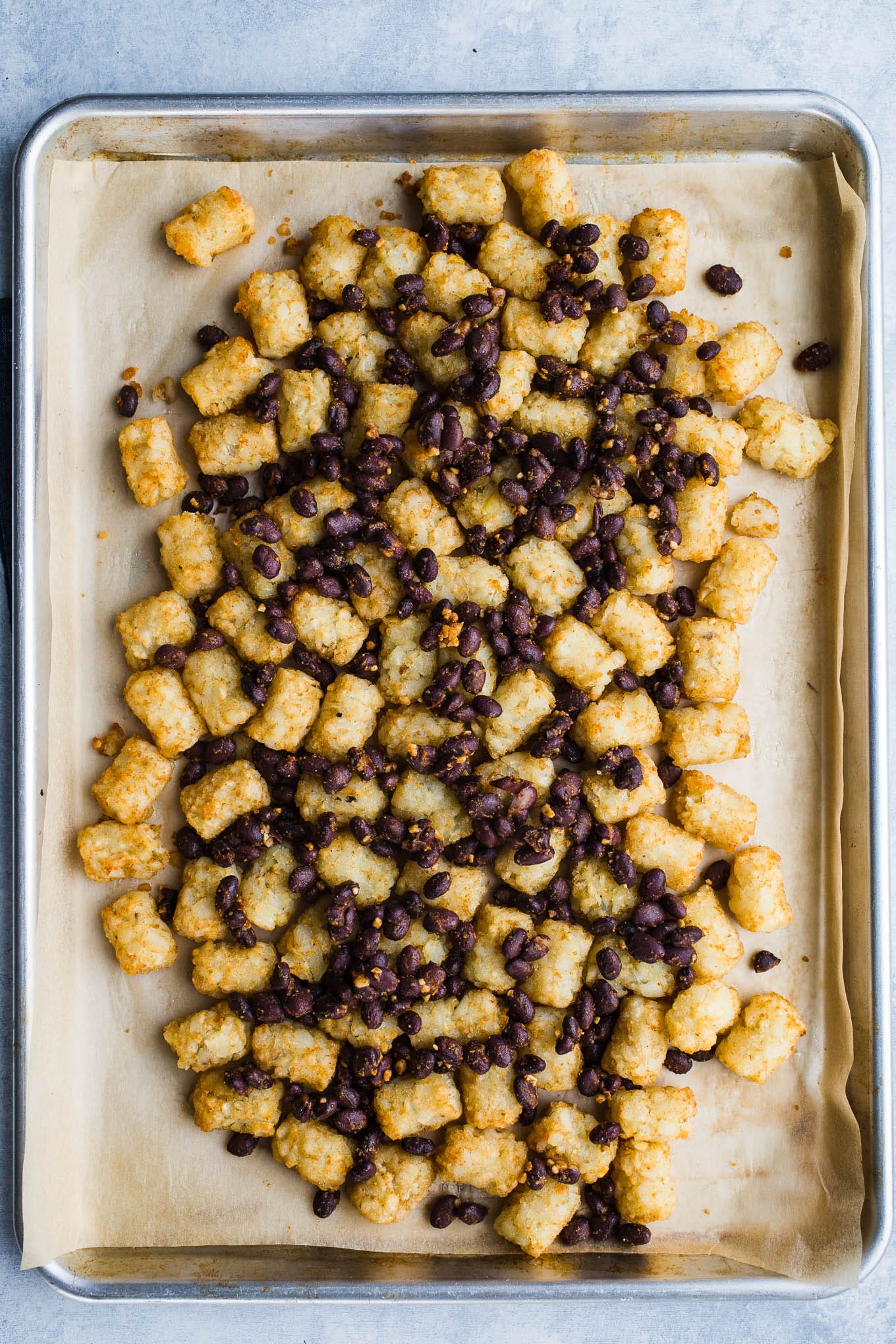 As I've been keeping things pretty dairy-free as of late, I wanted a version of totchos with a dairy-free cheese sauce. Zesting things up a bit, I opted to blend the cashew cream with a prepared salsa verde.

The outcome is a creamy, spicy "cheese" sauce that adds the perfect touch to these meatless tater tot nachos. 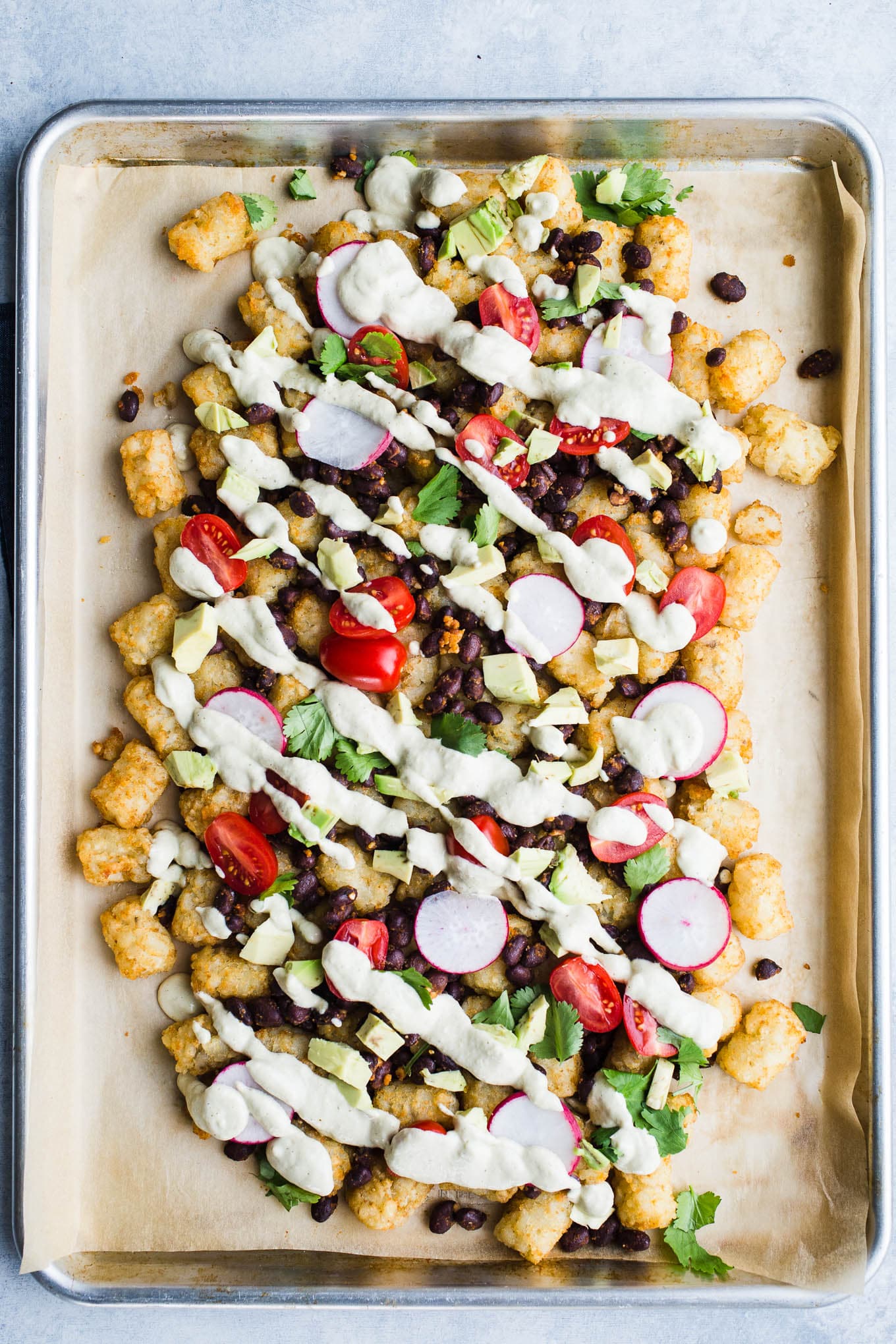 Now, even though this tater tot nacho recipe is vegetarian, we've added chicken sausage to ours before and it is equally as tasty. Customize them to your preference while easily keeping them dairy-free! 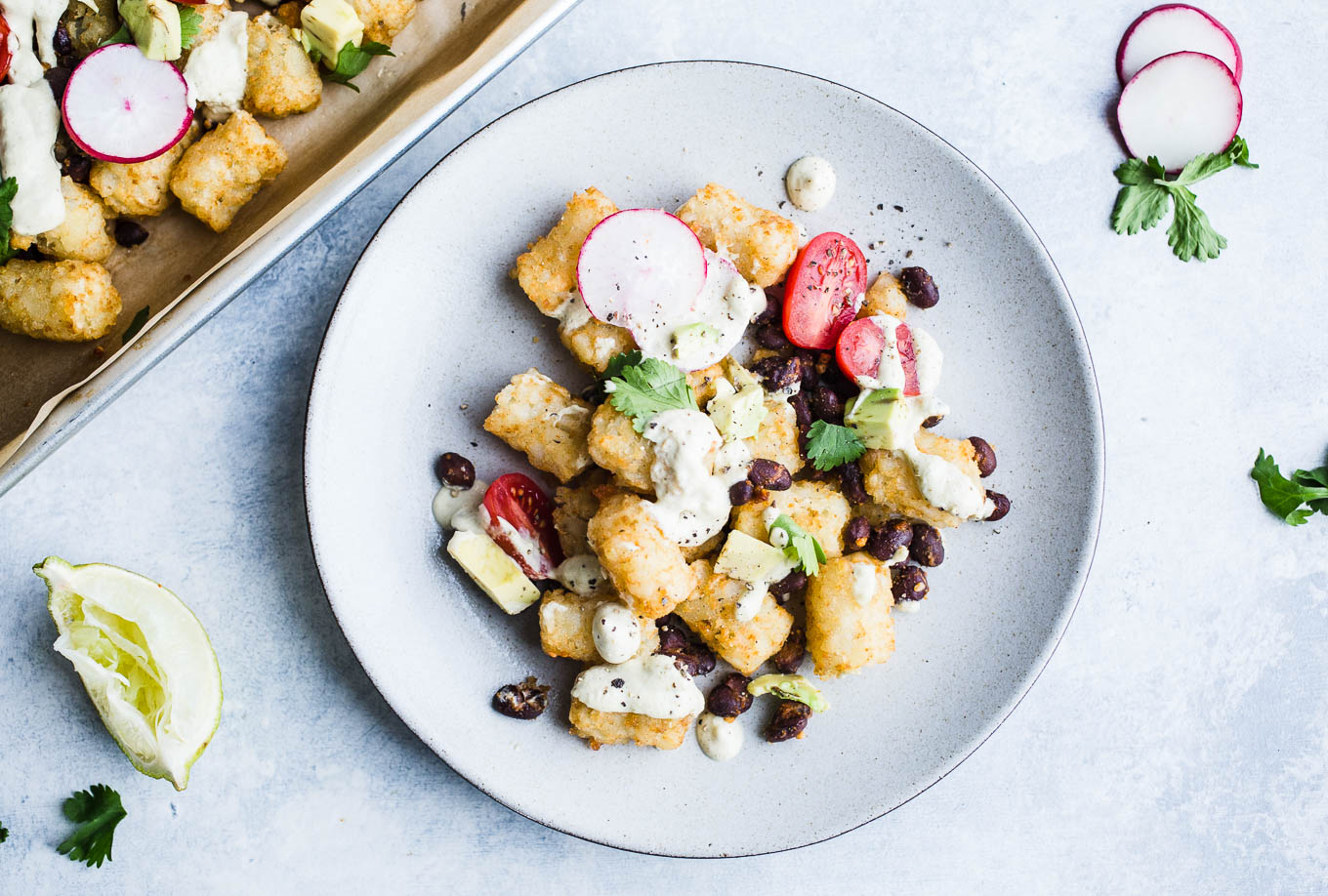 Got comfort food on the mind now? Check out Lindsay's keto chicken crust pizza. Another perfect option for sharing. 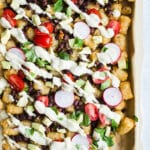